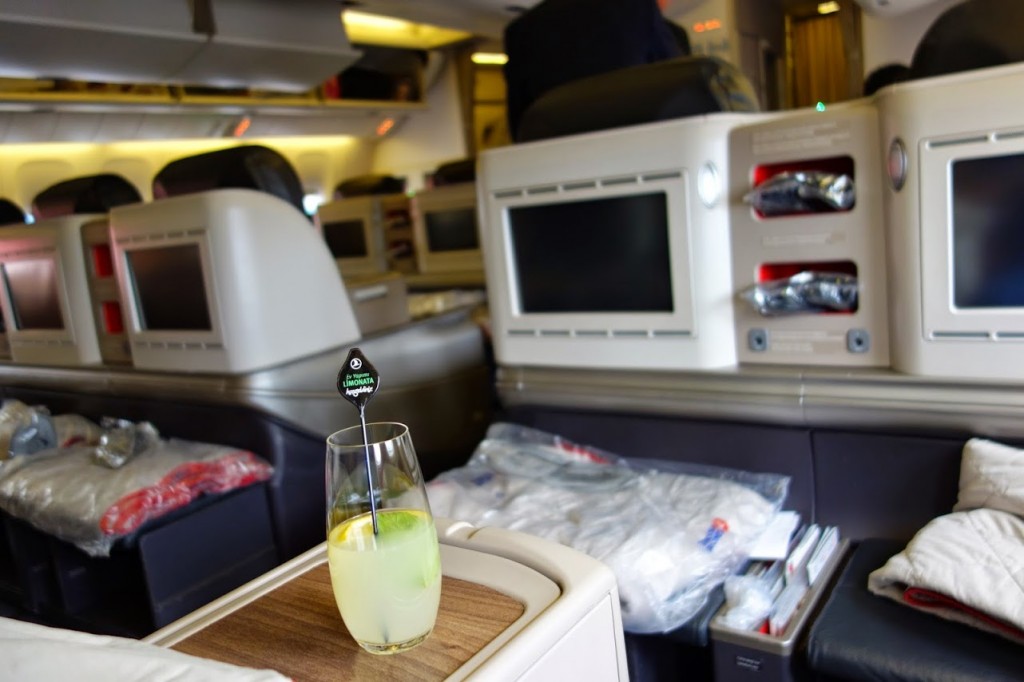 So this started off rough – I went to the Taksim Havatas bus location and totally got on the wrong bus to start.  Part of this was being advised to go and I suppose part was me being slightly unobservant – although fortunately observant enough to notice some signage when leaving.  I figured this mistake out as we initially started pulling away so at least I was able to correct it quickly.  DERP oops.  The on/off point is in front of the Point Hotel Taksim, which is where I arrived taking the bus from Ataturk as well.  View looking outward from the hotel to a big construction area. 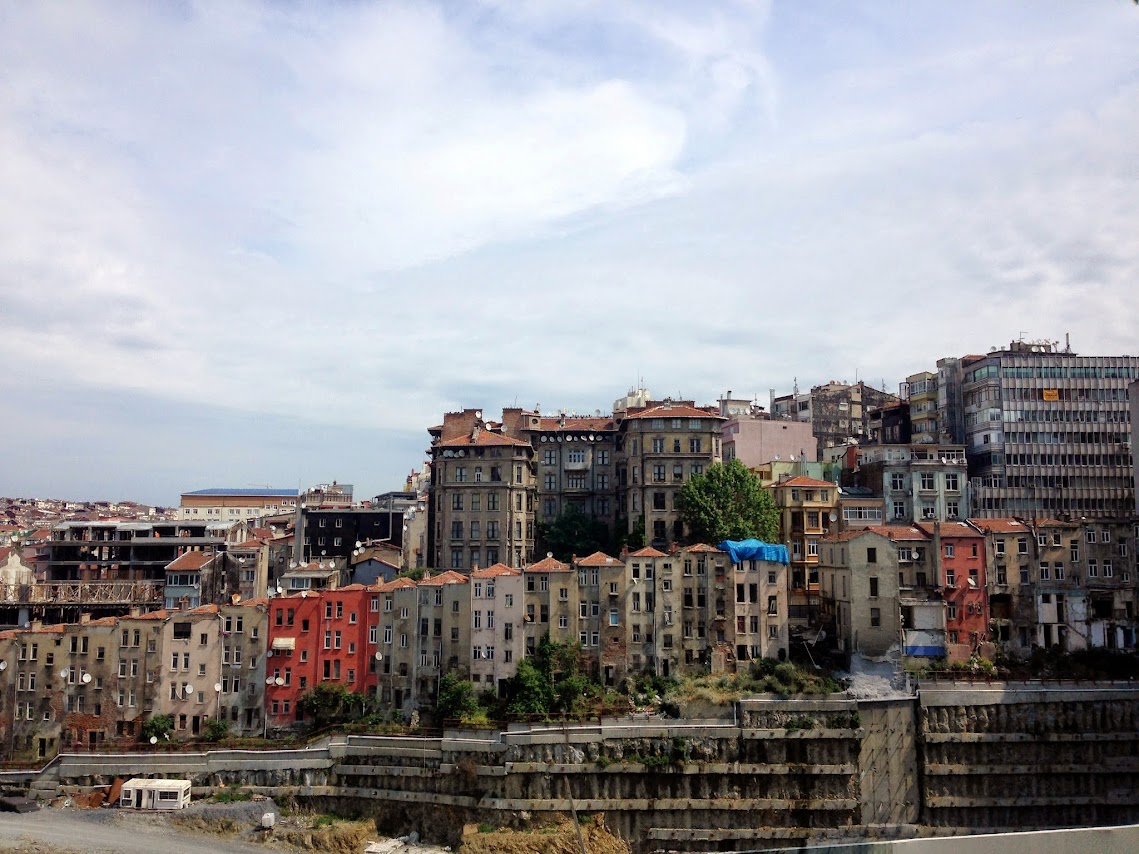 Cool ruins on the ride back, because really, there’s cool stuff everywhere in Istanbul.  Including driving through the Valens Aqueduct on this ride.  No pics on that one from me sorry.  Some serious shipping going on as well. 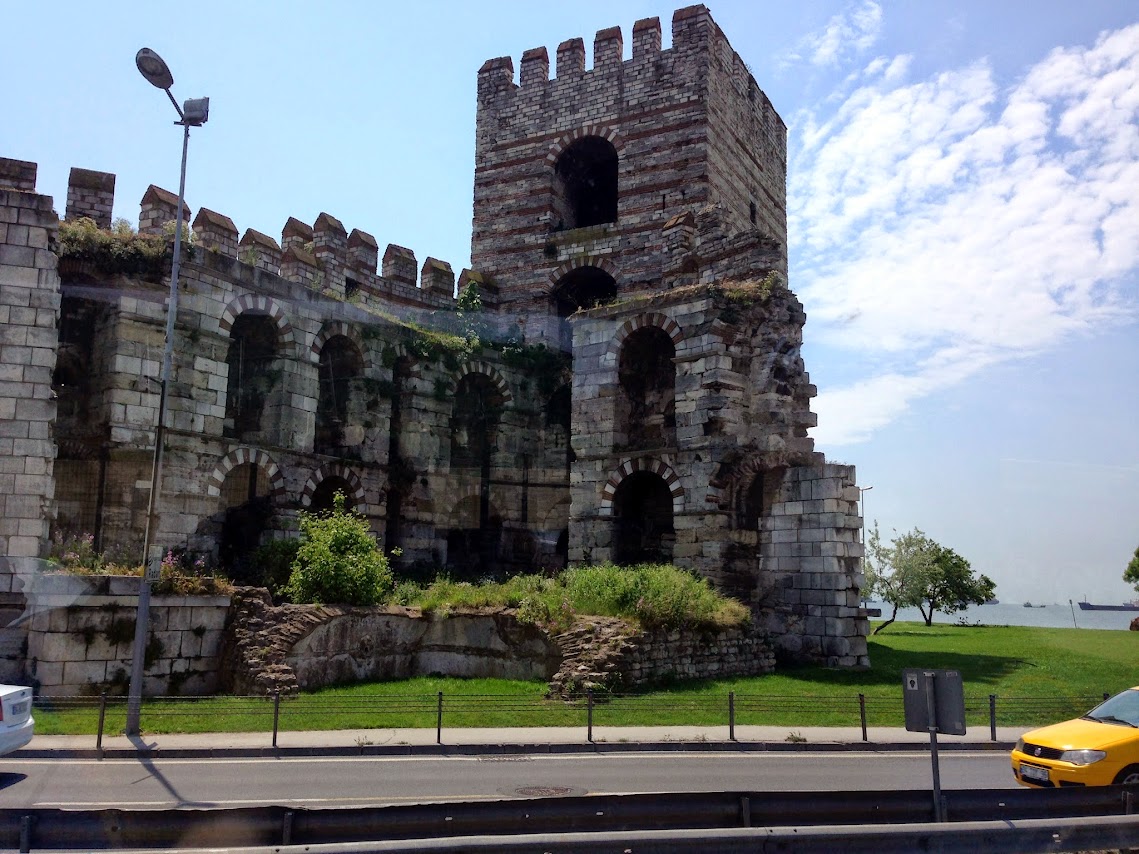 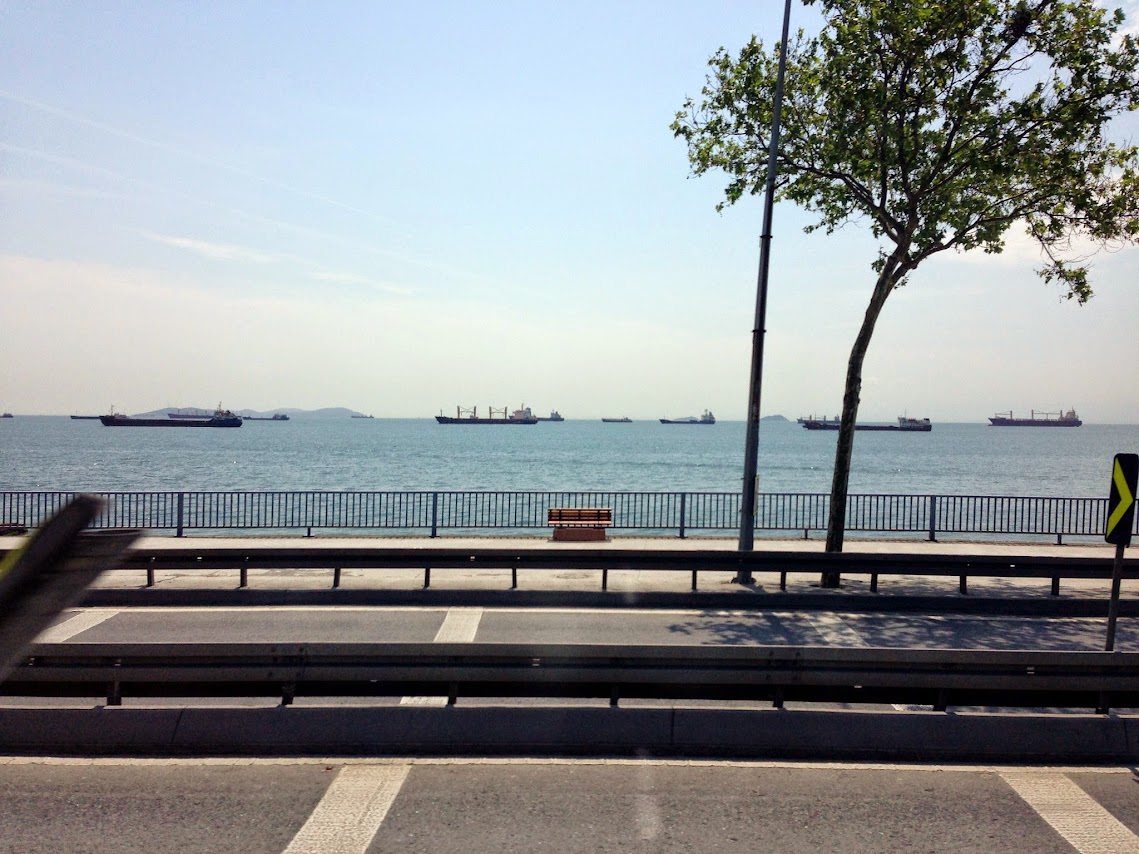 Went to the pretty amazing Turkish Airlines lounge then off to the plane. 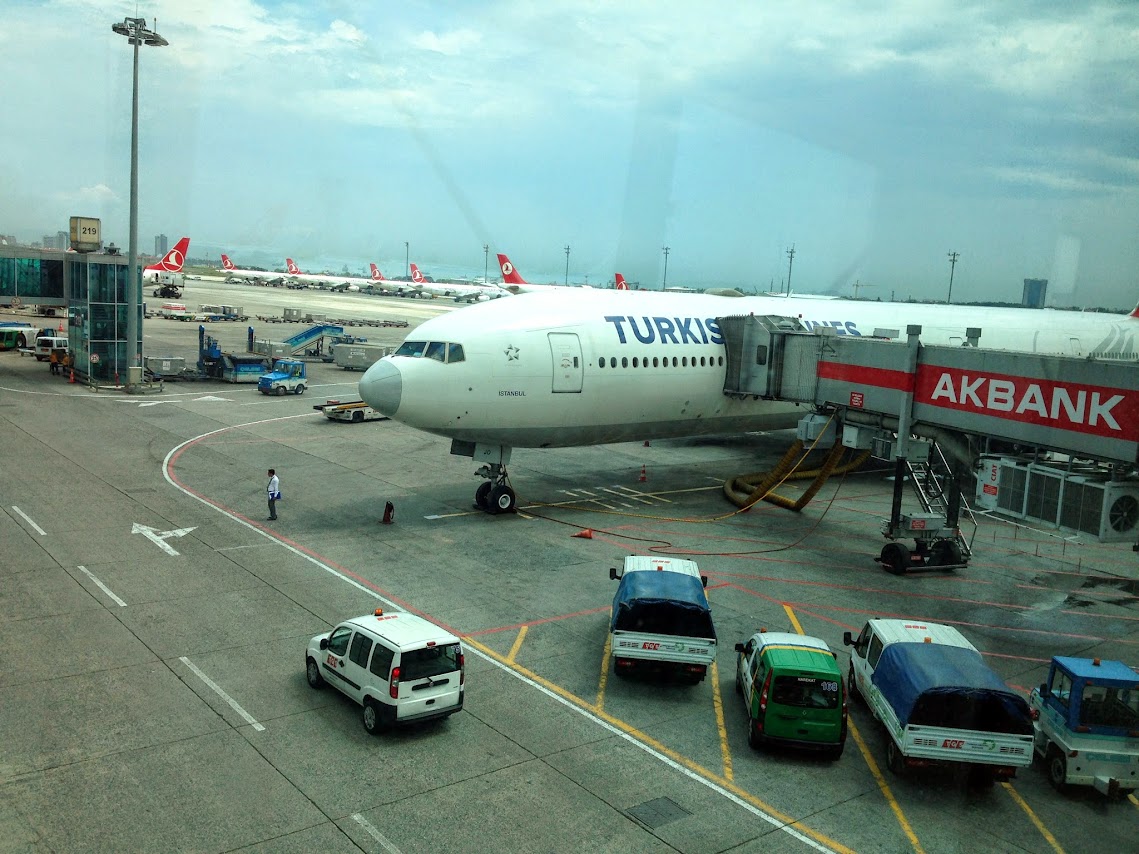 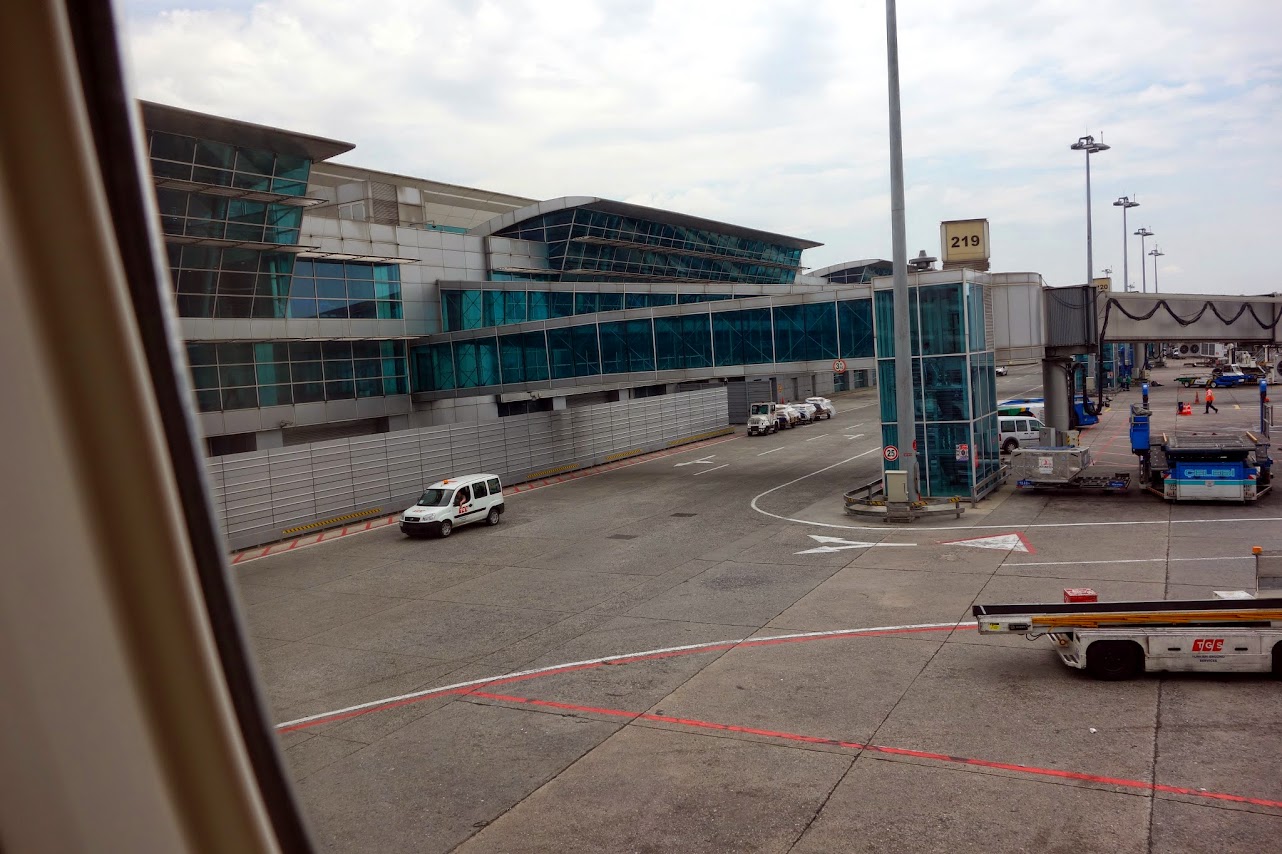 The seats were pretty nice, I felt they were longer than some others I’ve been in.  I never tried to go fully flat but I should have to check if they were actually long enough to accommodate all my talls. 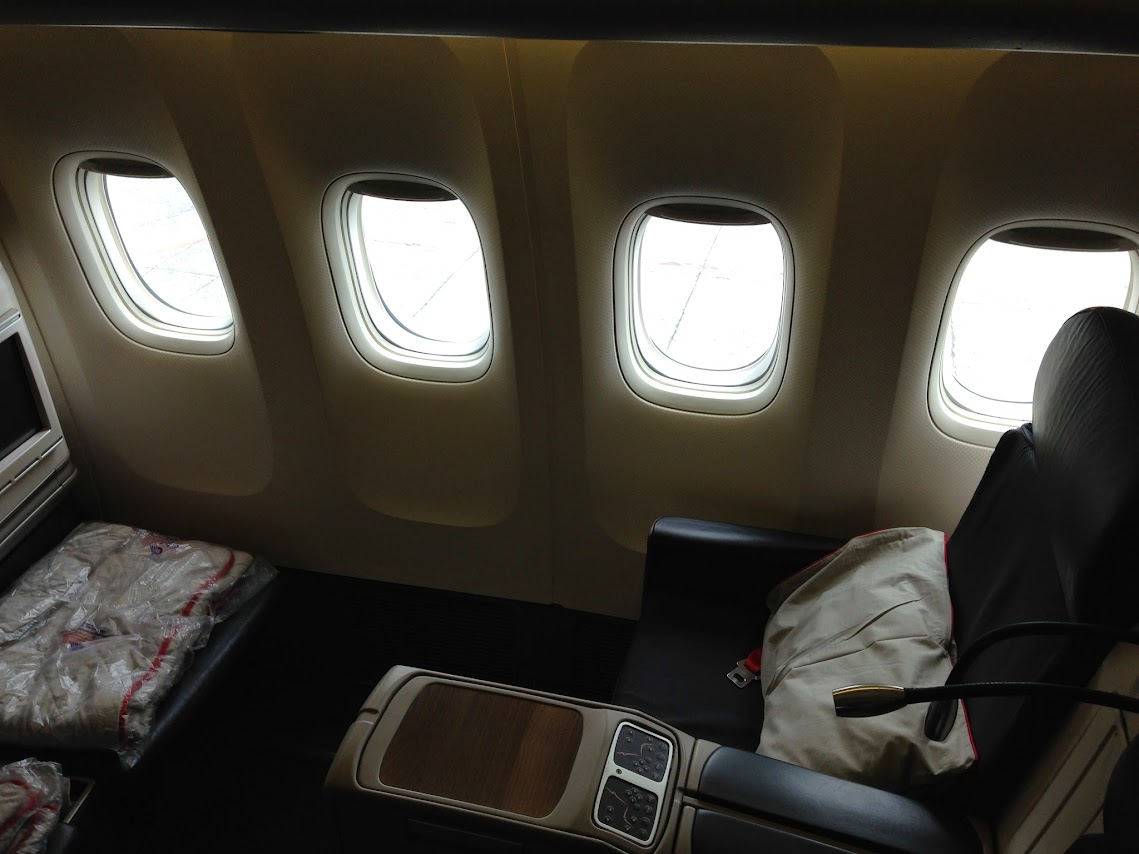 2-3-2 it ended up filling up slowly but fully boarded there were only two open spots.  Always curious to see how that pans out given looking for business availability at all/at the reduced saver level of points is definitely more challenging or restrictive than when looking for economy. 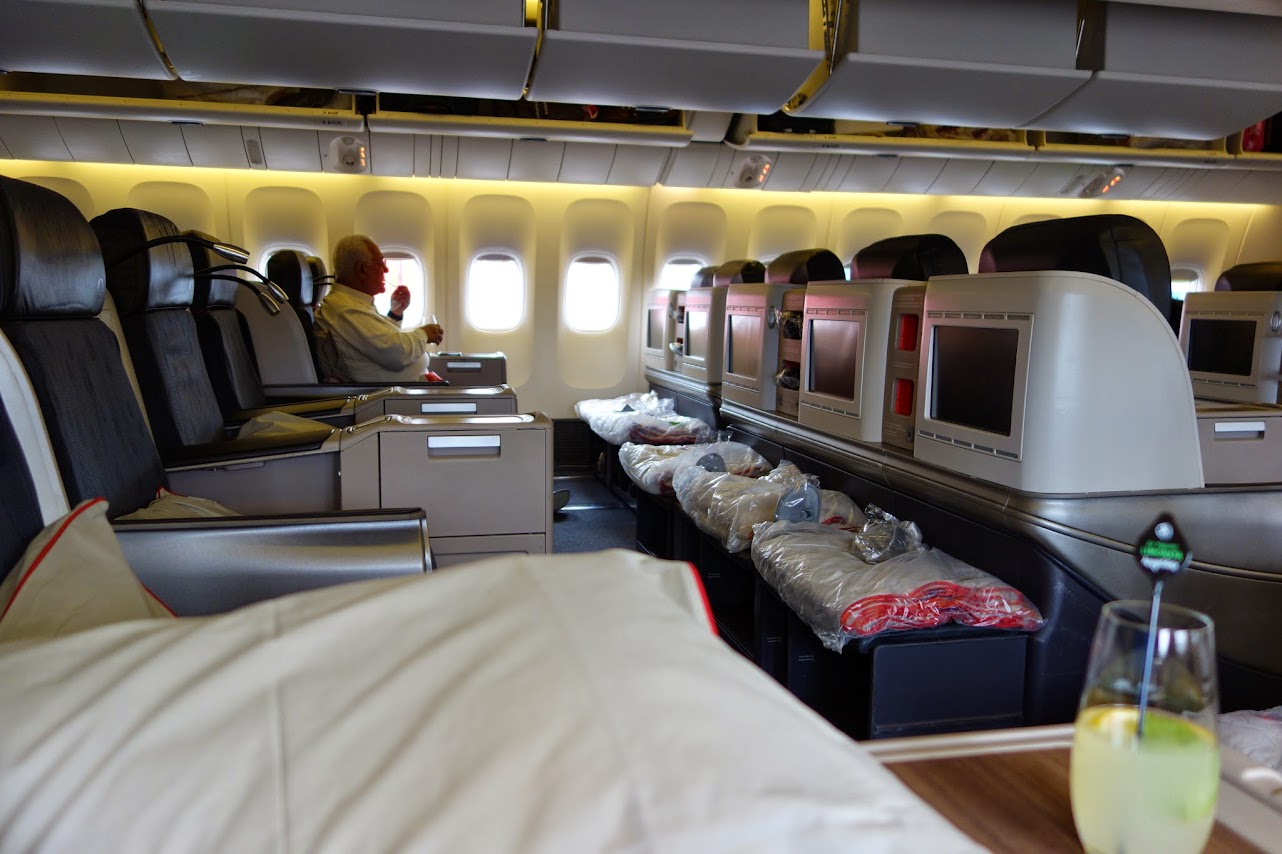 A lot of Turkish planes out the window… 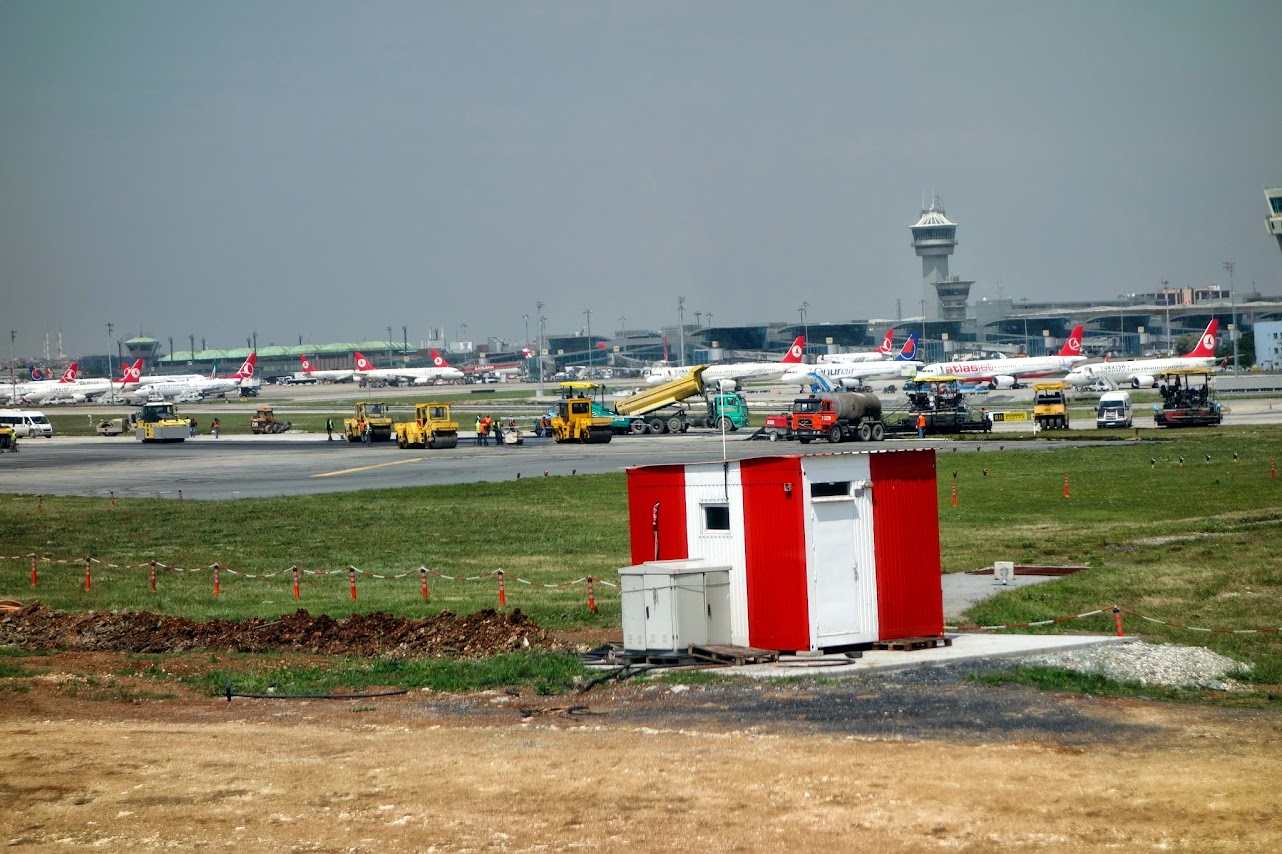 Started out with some chocolates, this flight had a flight chef too. 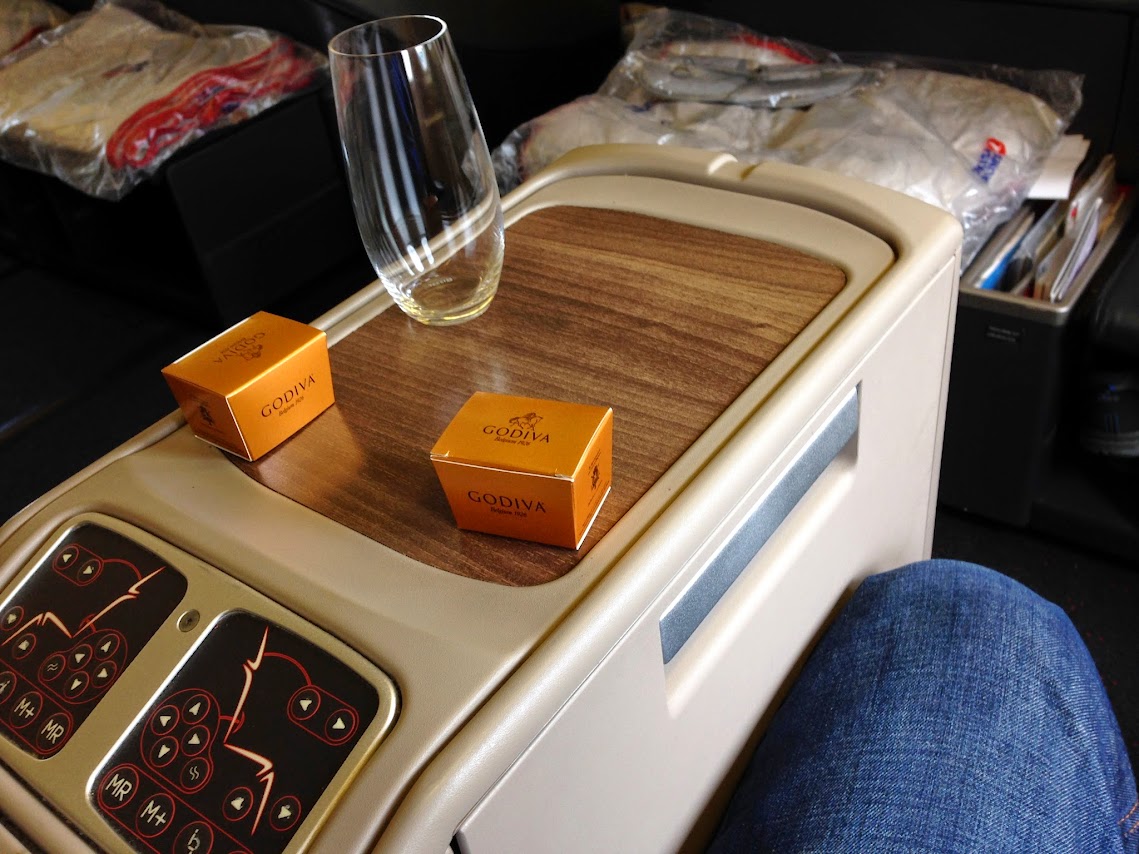 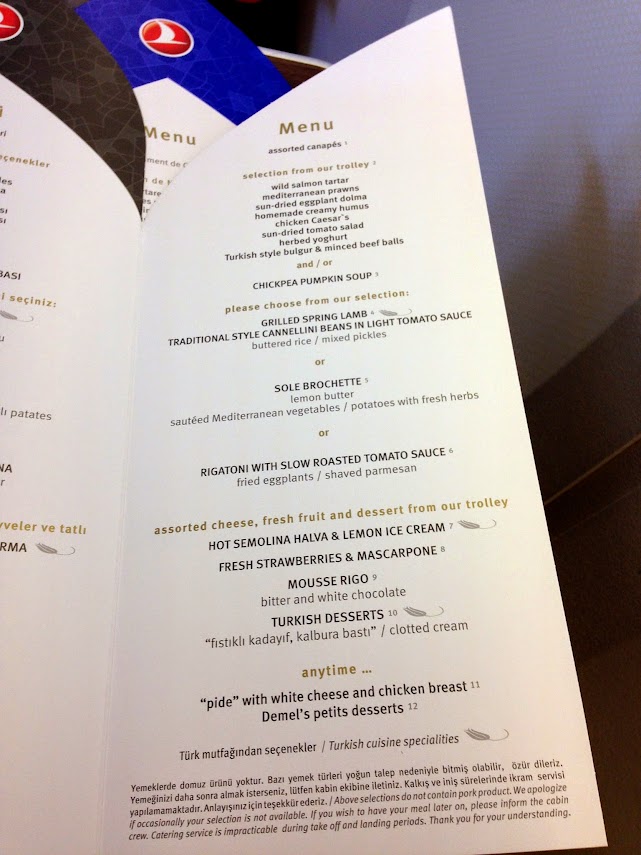 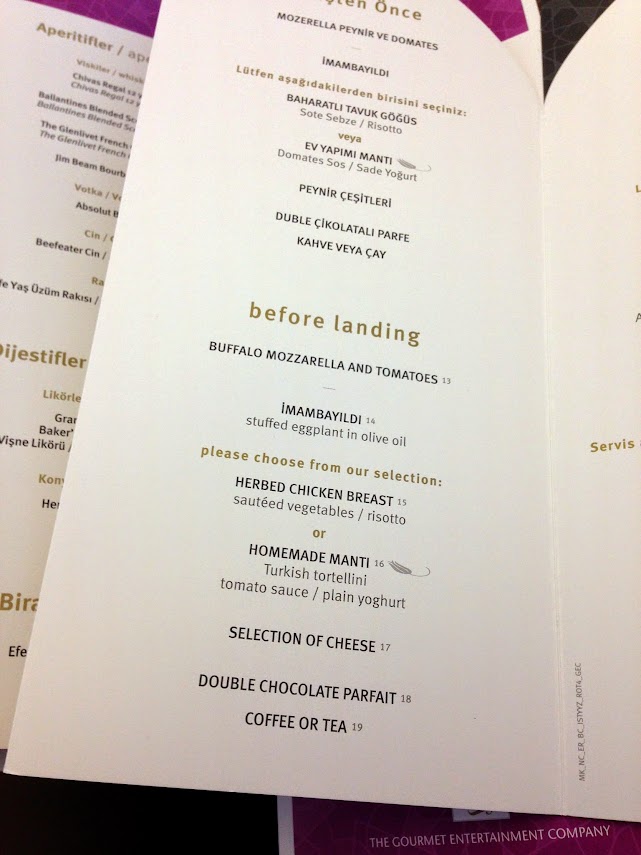 Take off and stuffing my face… 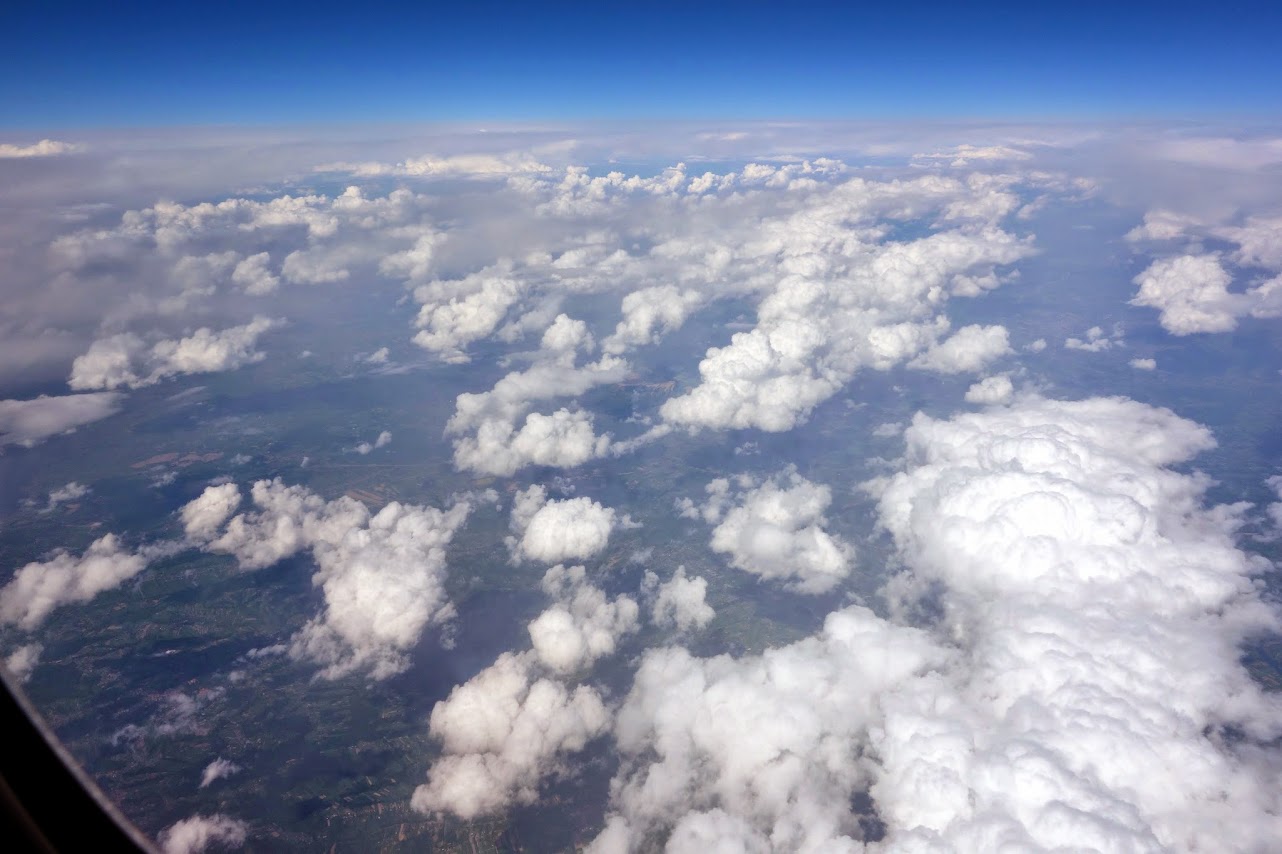 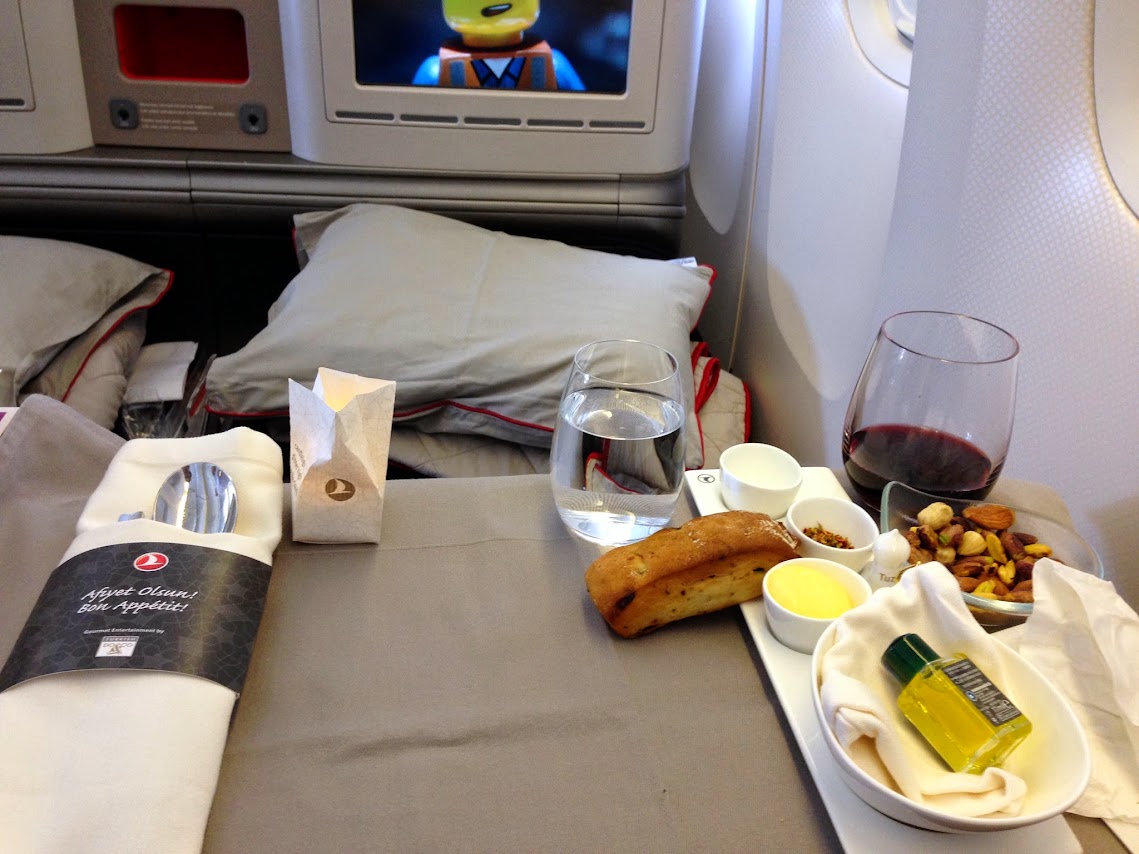 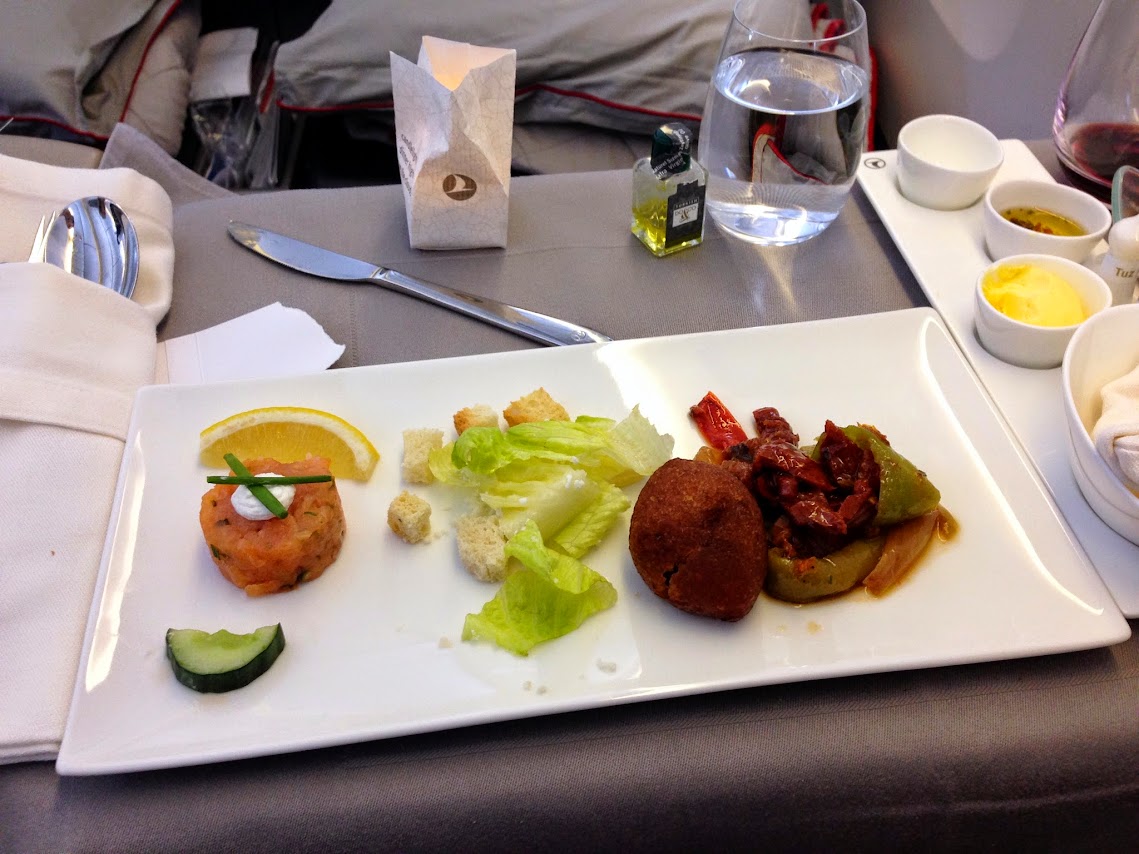 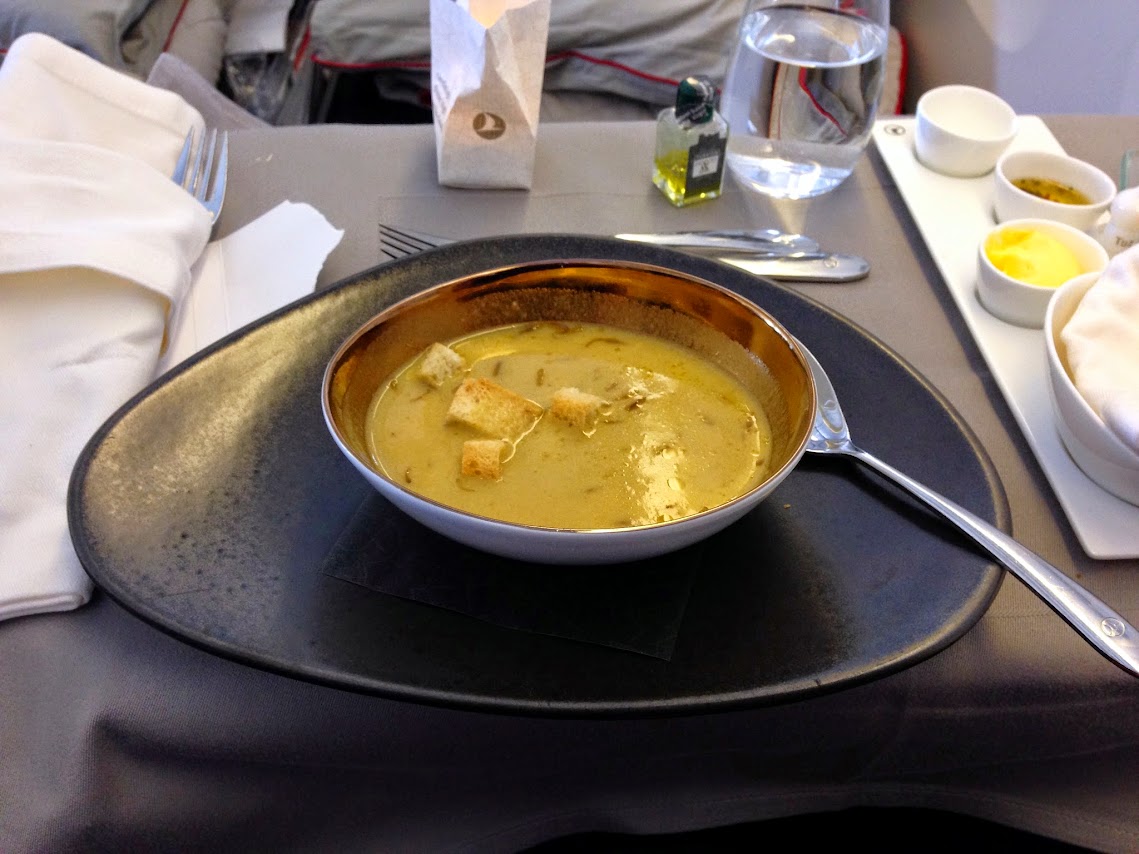 I never get lamb but hey, it was noted as a Turkish specialty.  Plus I just had the rigatoni in the lounge.  It was actually really good there but I figured I’d try something different and ordered the lamb.  Unfortunately, they botched things up and gave me the rigatoni…  I just kind of said whatever and ate it.  Disappointed me took no snaps of it but just stuck it in my mouth, so no pic.  The lounge stuff was fantastic – this stuff seemed pretty blah in comparison.  I would have much preferred trying the lamb unfortunately.  I wonder how much of the taste difference could be attributed to this article on why airplane food is so bad?  Given the sauce factor and flavor of tomatoes though I’m kind of thinking it was just simply not prepared as well/with all the same ingredients/etc. as the stuff in the lounge.  Dessert… 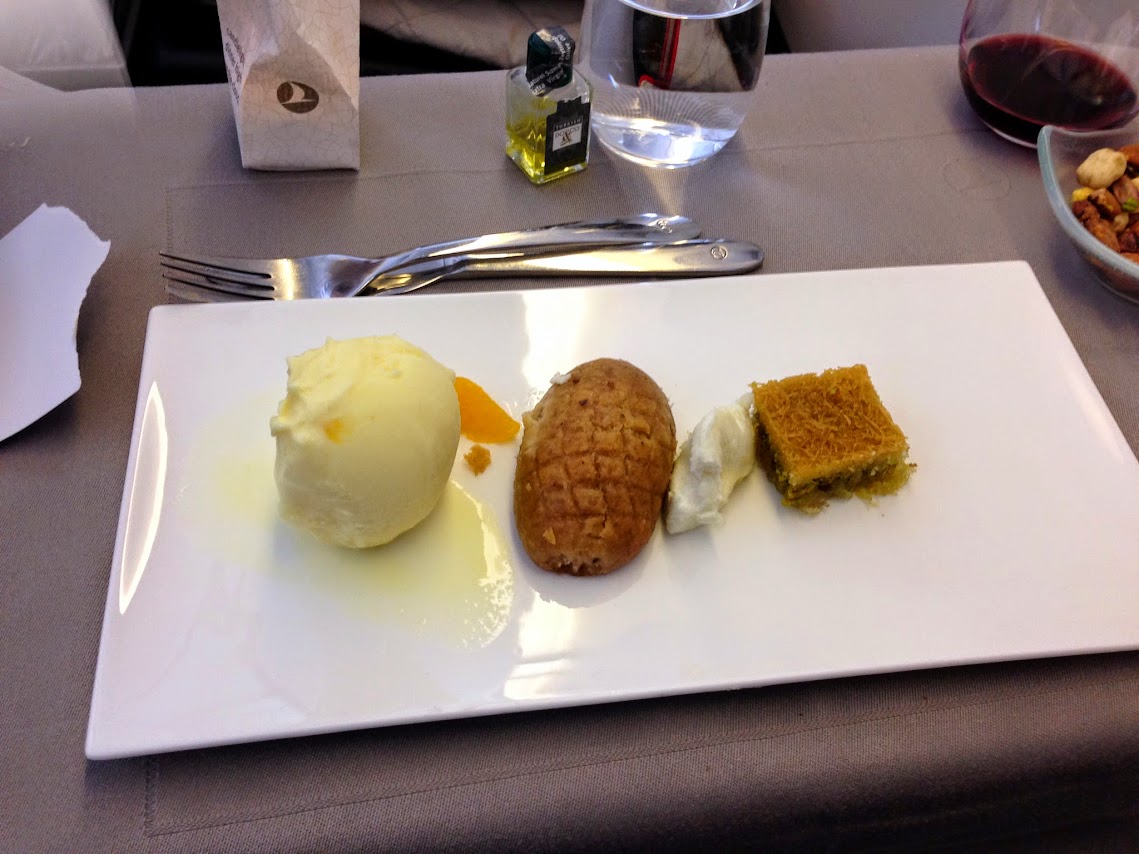 I figured I’d get home in time to go home and get some sleeps, so I just stayed up and watched a bunch of movies.  Finished my unfinished Monuments Men, then watched a whole bunch of other stuff.  For the second meal I had the Manti although oops no pic again.  The other goodies below though. 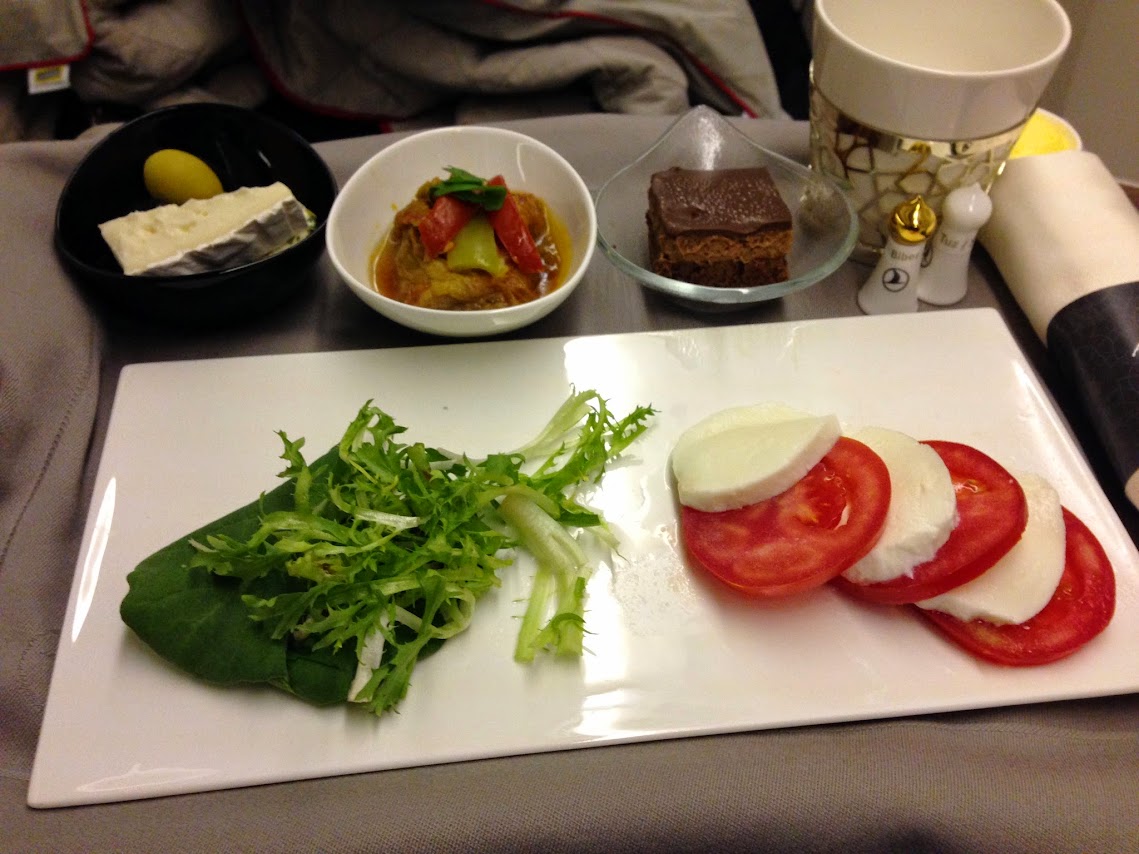 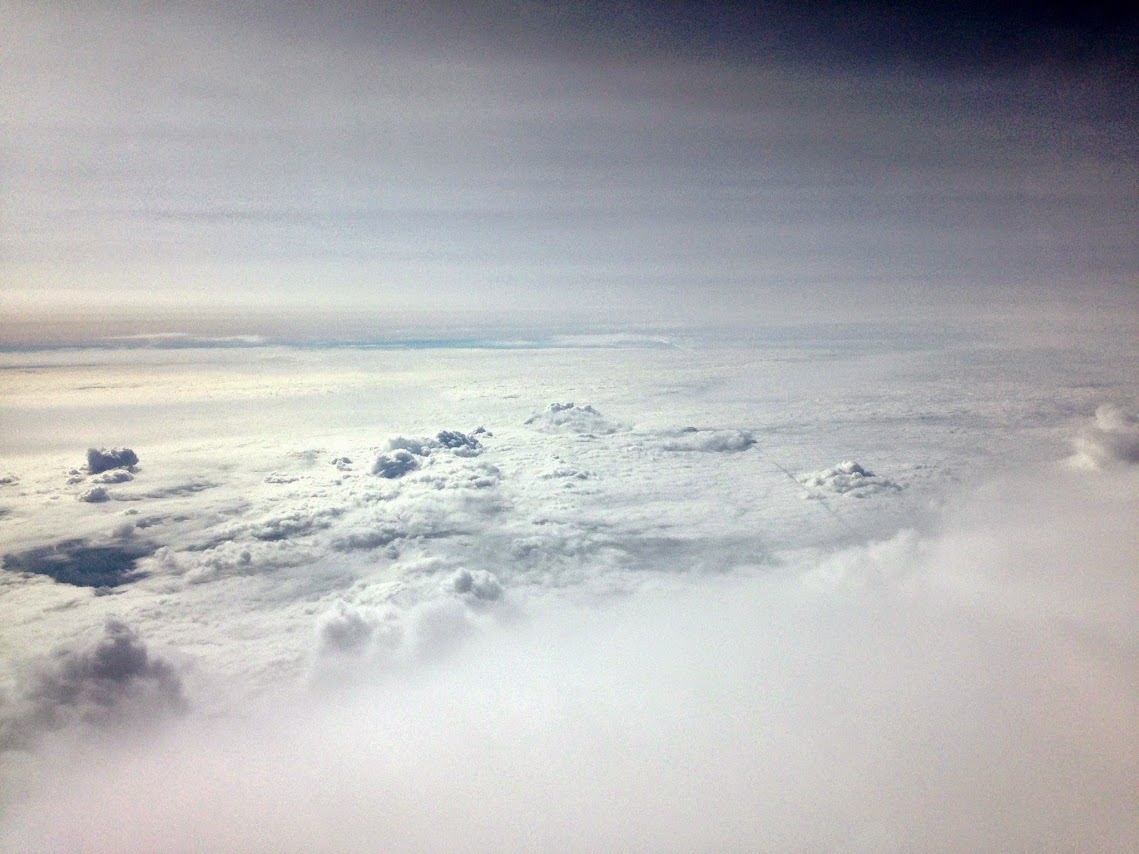 Unfortunately the rest of my trip was not as pleasant.  Originally a United flight with a business/first class from Toronto (YYZ) to Chicago (ORD), the plane got swapped to one that was regional with economy only.  Unfortunately air traffic control for Chicagoland had some kind of smoke/fire and ended up canceling a ton of flights.  I was rebooked to the morning, although a couple of Star Alliance/Air Canada flights were operating – I was told there were no seats available although online I saw some available for purchase (>$1000) – not sure what the deal is with how they work all of these really.  In any case, I wanted to get home and I didn’t want to have to pay for a place to stay in Toronto.  Ended up getting home by flying a bit out of the way to Dulles (IAD) then home.  I say that casually although the connection was actually really tight and I almost bailed on the plan – my flight out to IAD kept getting delayed… luckily the flight out of IAD was delayed as well, especially since I had to switch terminals to get to it too.  There was adequate time in the end, but with all the changes my bag did not end up making it with me to Ohare.  However a baggage delivery services did deliver it late the following day.