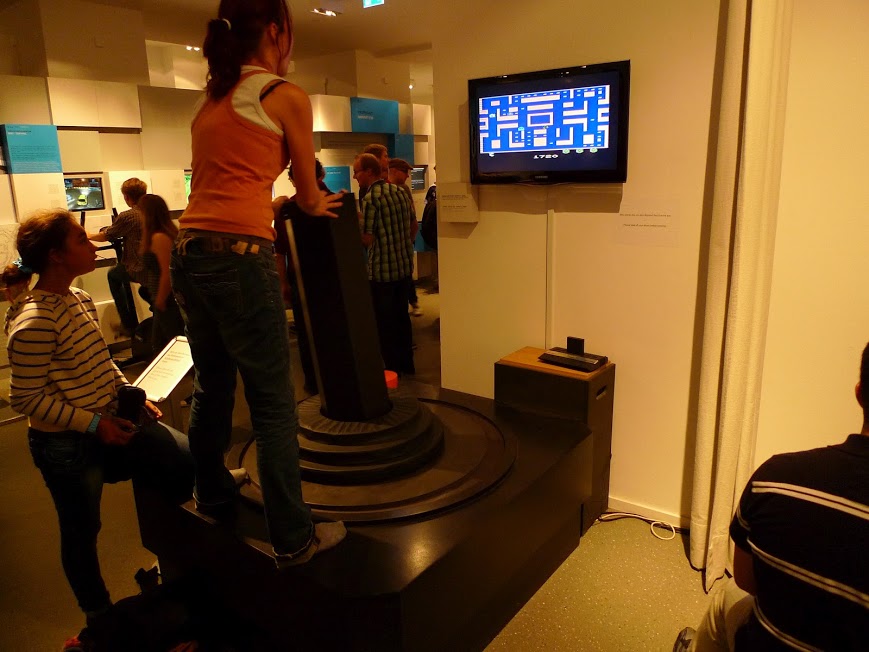 I happened to be in Berlin during the Long Night of Museums (Lange Nacht der Museen) in 2012 which was a cool experience.  One of the museums we visited was the Computer Games Museum, which my recent trip to the Game On 2.0 exhibit in Stockholm reminded me of.

This was a fun museum, and any computer and video gaming geek should attend.  Per the title it in theory focuses more on computer than console but there were plenty of both.  As well as classic arcade games too – technically I suppose they are all really ‘computer’ games anyway eh?  How many people had the TurboGrafx-16?  I still have mine in the basement…  I always thought this was not a true 16-bit console but in fact two 8-bit CPUs.  Wikipedia says one 8-bit CPU but 16-bit video chips.  Note the Super Nintendo as well as Genesis both had 16-bit CPUs.  No Bloody Wolf – and seeing this makes me want to play it… had a sweet levitation jump code. 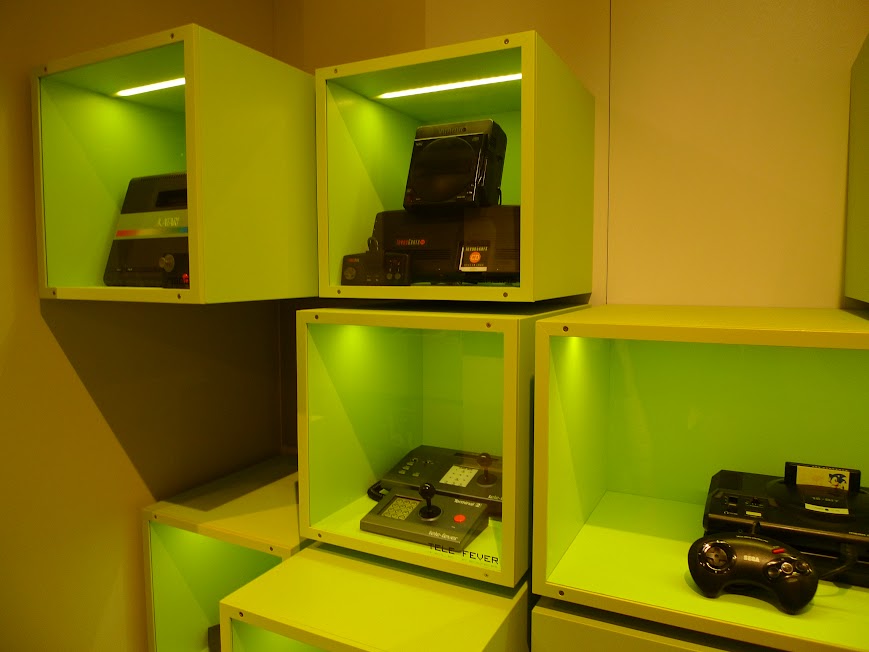 This museum had a good number of game stations, although as a gamer I of course always want more, tuned to my own personal favorites.  As a standing full museum they probably have just the right amount for a normal amount of museum traffic.

This is an original 3dfx Voodoo card – it was a Pretty Big Deal.  I did not have this one but I did have the Voodoo2.  Note these only rendered 3D – a computer would need another card for normal 2D rendering and just regular windows stuff, at least until the great new Nvidia TNT cards came out that did both, and did both well.  3dfx fell to stiff competition and was eventually bought by Nvidia. 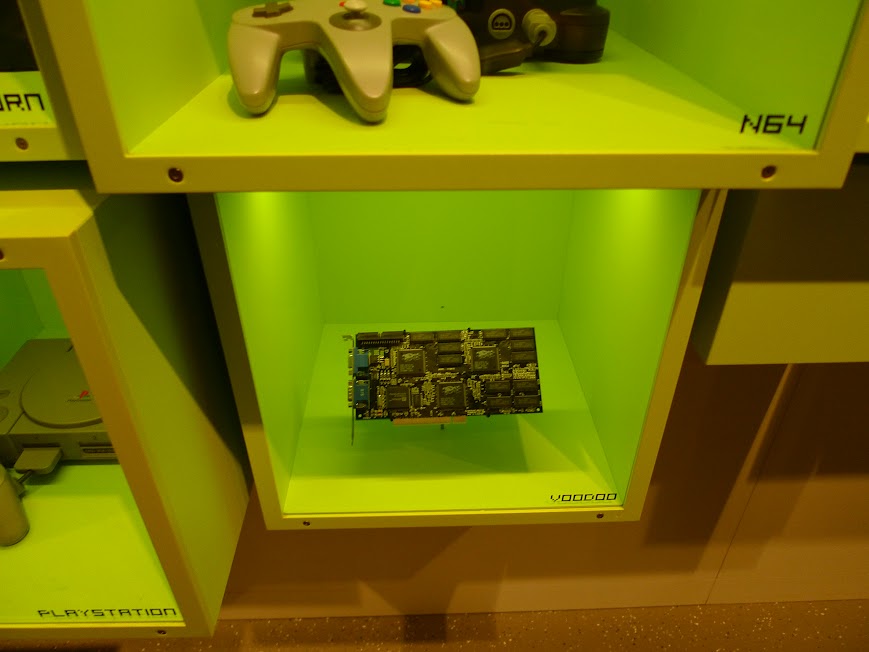 A classic from the time but one I did not play – The Secret of Monkey Island. 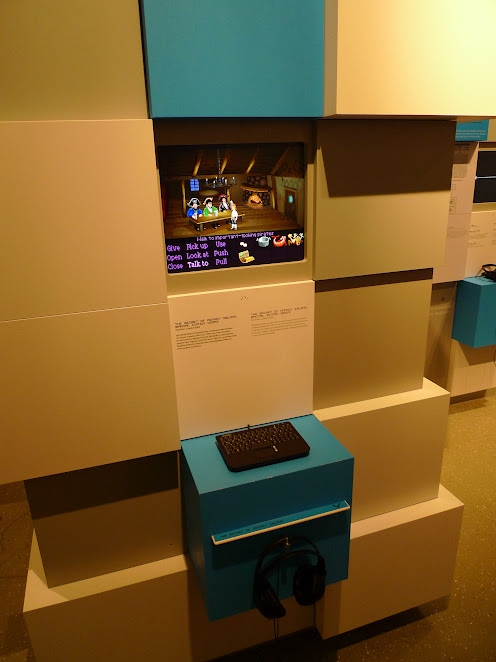 There is this big wall of playable games, the crosshairs are aimed at a game and it is pulled up for play, pretty neat.  Essentially it’s probably just one emulator running behind this – and one of my biggest suggestions for a place like this is to have more emulators so availability isn’t just limited to a selection of games.  My biggest yuck on emulator or cross console ports though is using the wrong controller though, that’s just messed up.  Mega Man 2?  Give me an NES controller.  Sonic?  A genesis one.  Street Fighter 2 Turbo?  SNES… 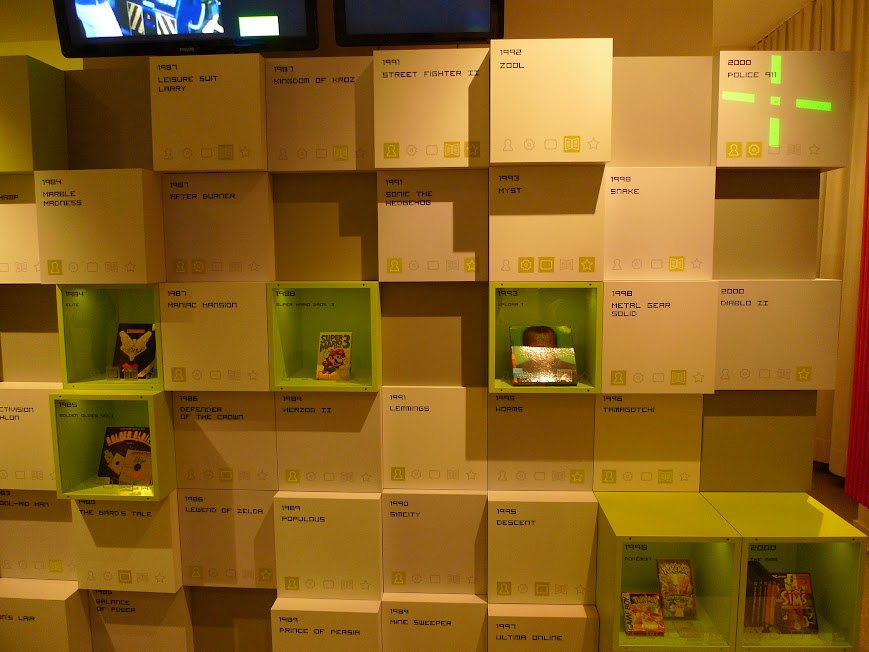 On to my beefs – which I think are sizable on minimized or omitted accomplishments: they circle around two genres and companies.  The first is Sierra Entertainment and all of their adventure games, and the second is on Id Software and their FPS games and derivatives.

It’s simply not possible to be a computer gamer from say 1985-1995 (more really) and not know of Sierra.  They were just a juggernaut of market share.  They released mystery house in 1980 – the first adventure game with graphics, which was an instant hit.  King’s Quest V originally sold over 500,000 copies – making it the best selling computer game for the next five years.  My host here in Stockholm totally knew of it – and all the other quests – Police Quest, Space Quest, Quest for Glory (my favorite) – yet I don’t recall this game being mentioned anywhere at all, and very little of the company.  Leisure Suit Larry 1 (quite surprisingly) is there, and on this wall and playable, but that was all of Sierra.  If I recall it was the EGA version by the way.  How can such a legendary player have so little attribution here?

Which brings me on to Id – the only programmer I can name off the top of my head is John Carmack because he is such a legendary coder.  What gamer from this period didn’t play Wolfenstein 3D, Doom and Quake?  These defined and stood as benchmarks for FPS gaming and even gaming as a whole, the engines were licensed and used to build much more of them.  Free modifications by enthusiasts also went on to create some of the most fun team FPS games requiring more than a simple shoot and kill strategy as well – Team Fortress and Counter-Strike.  ALL of this was simple reduced down to…  a picture on the wall from Q1, with the pea shooter to start with no less.  Come on!  Nobody puts baby in a corner…  but these guys do. 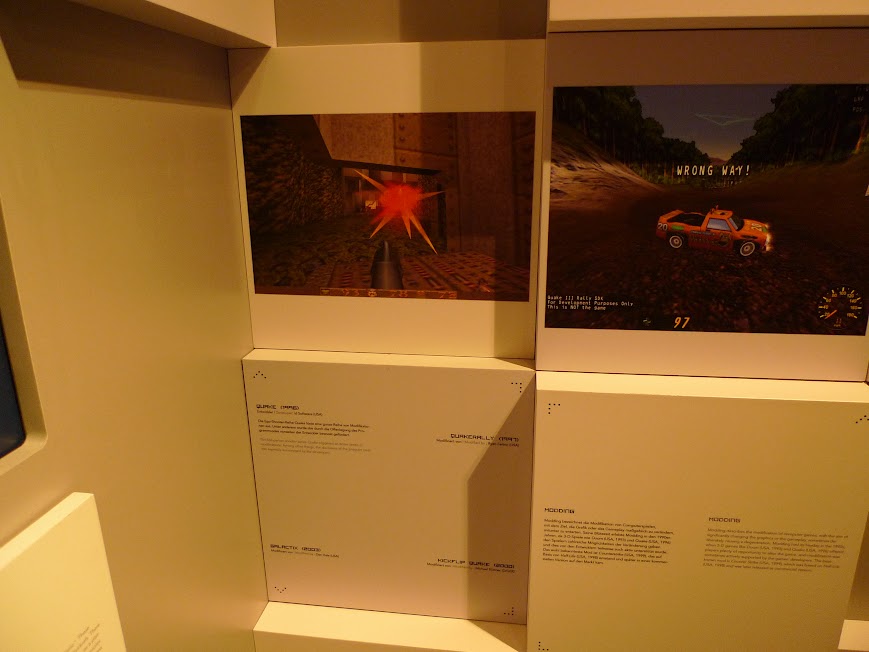 All in all I enjoyed and would recommend as well as visit myself again.  However I think I’m levying some truly valid critiques here for a dedicated Computer Games Museum.