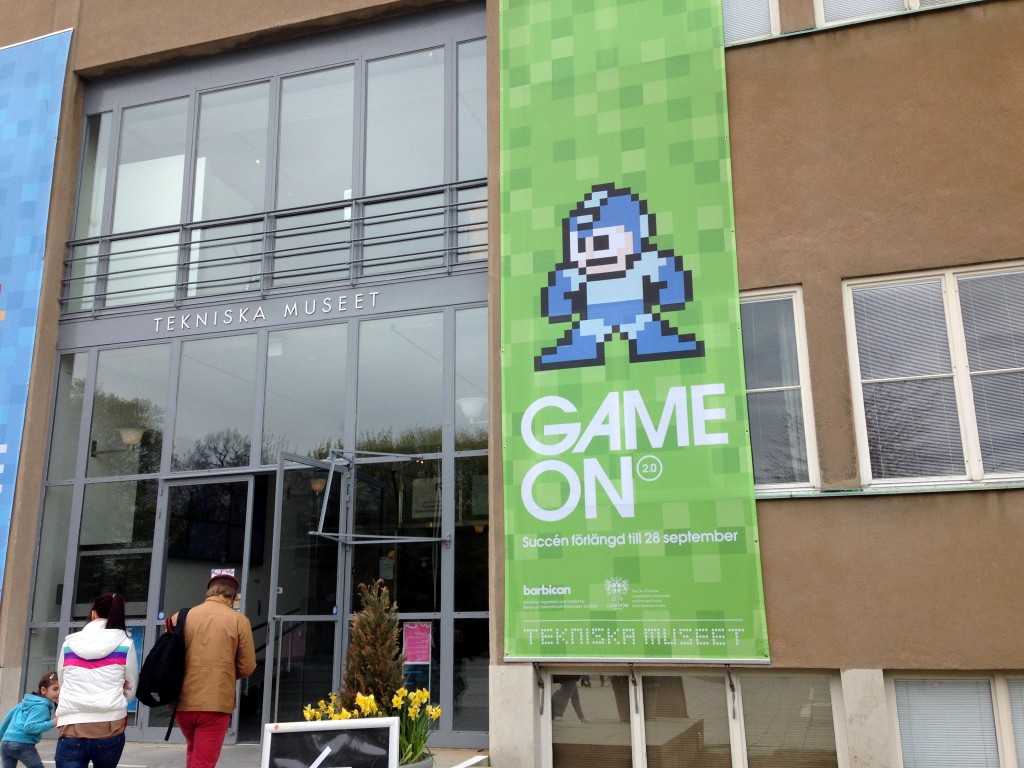 I’ve foregone the typical SEO travel blog titles like “Top 5 Things To Do In Stockholm” to provide you, internet, the burning information you’ve been dying to know (although were perhaps unsure you were dying to know it) – where on earth can you get you hands on some amazing TurboGrafx-16 games??  I visited the National Museum of Science and Technology which is currently hosting a Game On exhibit, specifically Game On 2.0.  I’ve also visited the Computer Games Museum in Berlin.  I’m 35, and it’s cool to see these gaming museums with all these great games which I grew up playing many of.  “Grew up” – haha.

I took some buses to get here, which was easy enough.  I’m on a global phone plan so it was even easier since I just plopped the museum name into google maps and told it I wanted to use public transport.  Would I have visiting the museum sans the gaming exhibition?  Eh, maybe.  The exhibit I found most interesting that they currently have is the “100 innovations” one.  Here’s a cool pic of an ABB Robotics machine and mockup – they made them out of wood first before going into real builds. 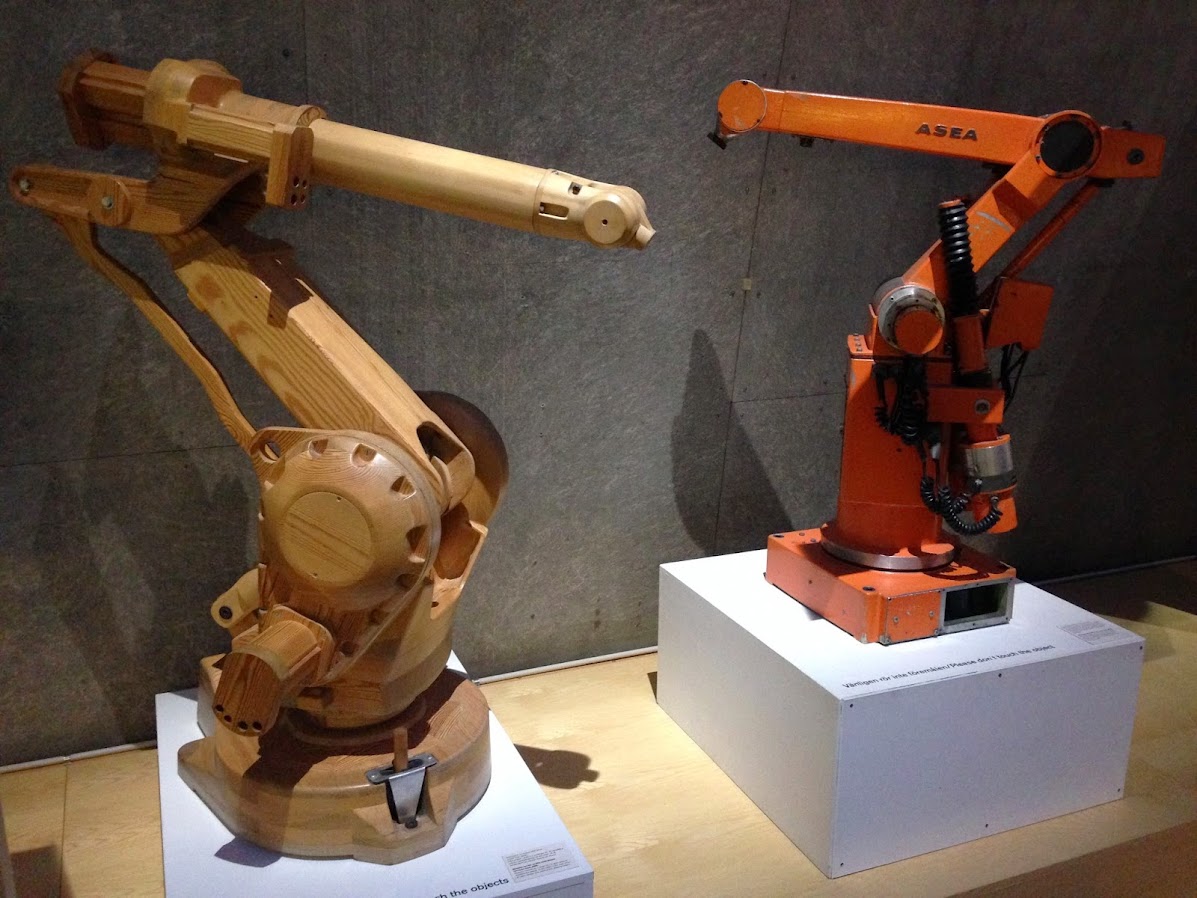 ABB makes some pretty badass stuff.  Check out these vids if you want to see some neat examples – note that they are even rather old by now, in terms of technology at least.

The exhibit was cool, it focused more on console gaming than computers although they were a part of it.  Plenty of kids go to this museum and this is probably more of a kiddier selection than available in Berlin.  For this reason I supposed I can slightly forgive them for things like having a entire little room dedicated to Pokémon, with absolutely zero mention of anything from Id Software or Sierra Entertainment.  Although any gamer would find these rather sizable omissions; my airbnb host totally knew both of them too.  I think there were more playable games and stations here vs. Berlin.  They let everyone in and you could go around and explore and play things for I think a good half hour?  It felt about that, maybe a bit more generous it might have even been an hour.

They had one pinball game, Bride of Pinbot – personally in the Mike Museum of Gaming (open to funding) I would have had the Addams Family pinball machine.  The former had a production run of 8,100 units and the latter 20,270 – because it was the most popular pinball game ever – it was a huge blast to play.

The first game I watched someone play was this girl playing Mega Man 2 with her boyfriend.  She was impressively awful.  After MM plopped down, she paused, then ran left into the wall, then ran to the right straight into some lava and died.  Second life… this time the same thing right into the lava and dead in 1.5 seconds.  Now her boyfriend was telling her how to play, at least I’m sure he was like “babe you gotta jump” in Swedish, which would sound like “baben du har att hoppa” – so on her next life she ran to the right, stopped, jumped straight up, paused, and walked into the lava.  After that she actually continued and pretty much did the same thing, although she did finally make it past once, only to die on the second one.  I’m pretty sure I could have taught my mom the horizontal leap more quickly although she probably would just jump into the lava… in any case I didn’t do as great as my 13 year old self, as I strongly recollect beating this game the day after I got it.  I think I made a strategic error on this approach starting with Bubble Man, whom I did make it to but wasn’t able to defeat.  Starting with someone else and approaching him with more sophisticated weaponry was likely the proper route to conquest…

I didn’t play any Ridge Racer here but do recall getting it from Blockbuster at various sleepovers, pretty popular PS1 game… 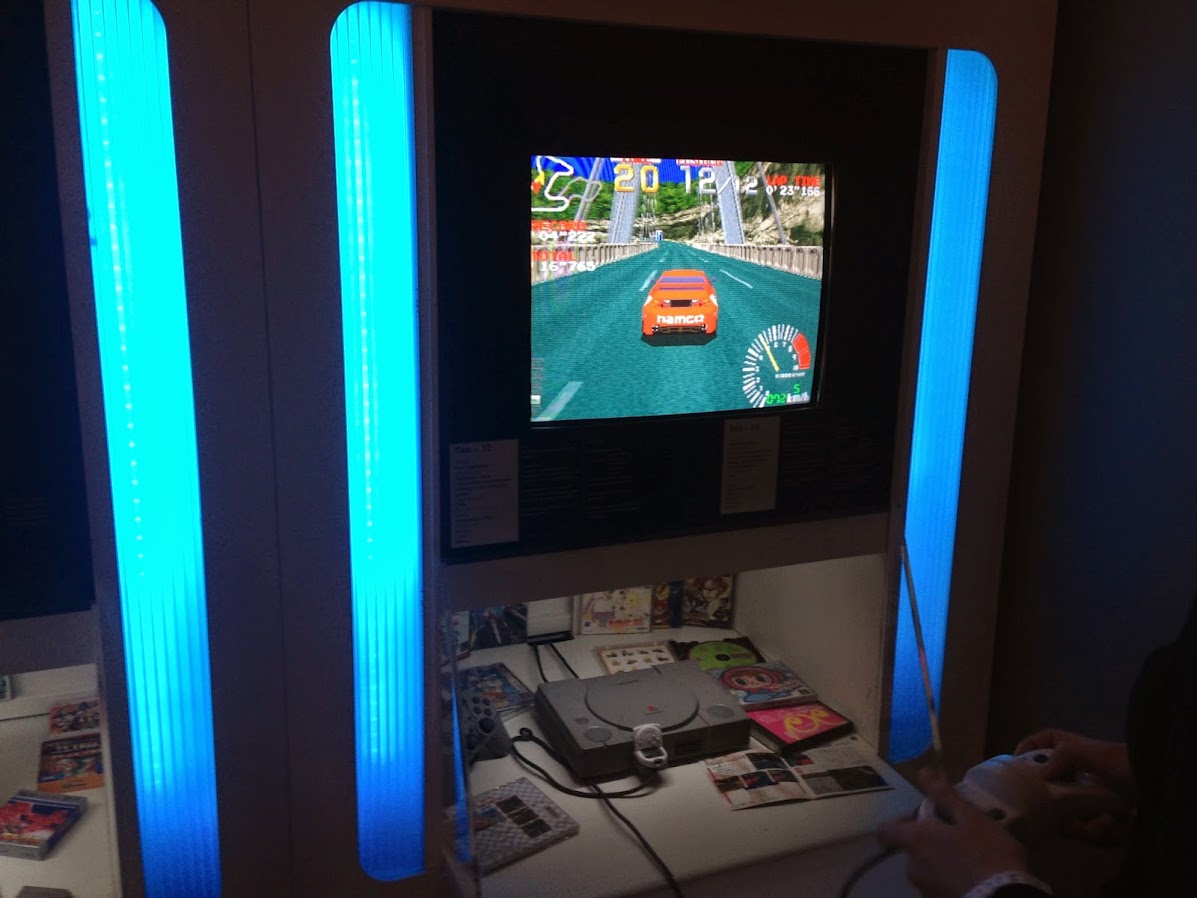 Whoever thought this was good marketing? 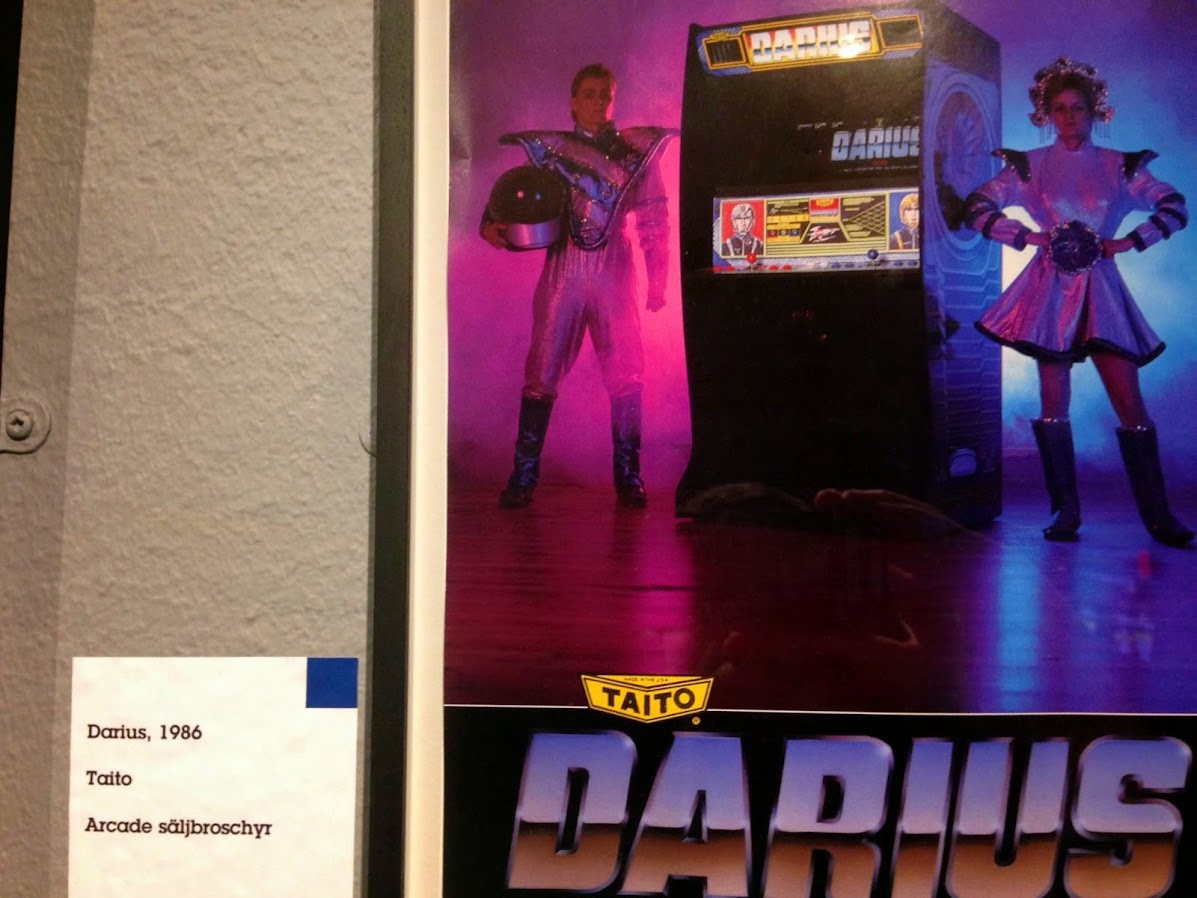 On that note, who was coming up with these awful names?  Maybe “Mr. Needlemouse” sounds a whole lot cooler in Japanese… 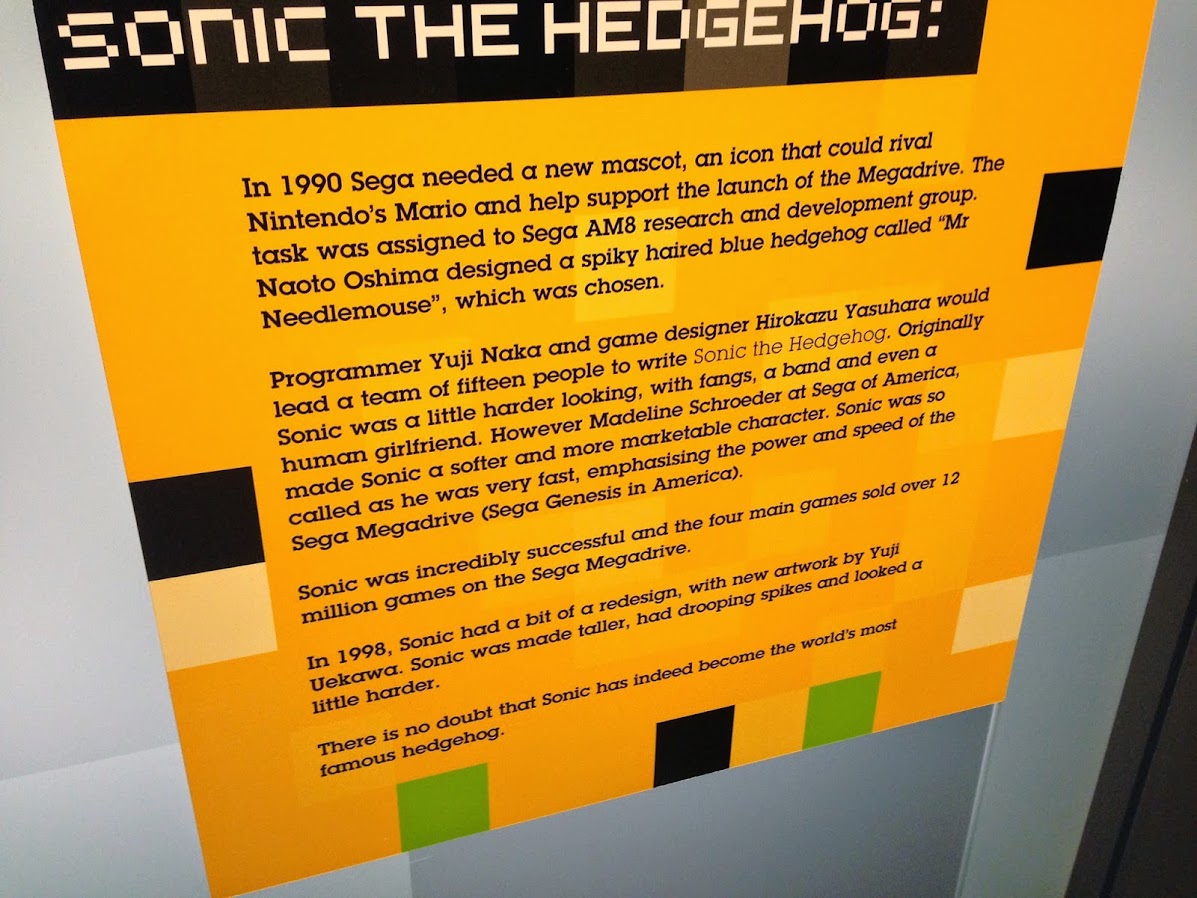 I resisted the urge to push this little girl to the side as she was not even familiar with the spin attack and I wanted to see if I could still blast through act 1 in 30 seconds, alas I was never able to score any time on this game while roaming throughout the exhibit.  She sure was a lot better than that woman trying to play Mega Man 2 that was for sure.  I think this was an N64 controller with analog stick, which yuck, would feel so wrong. 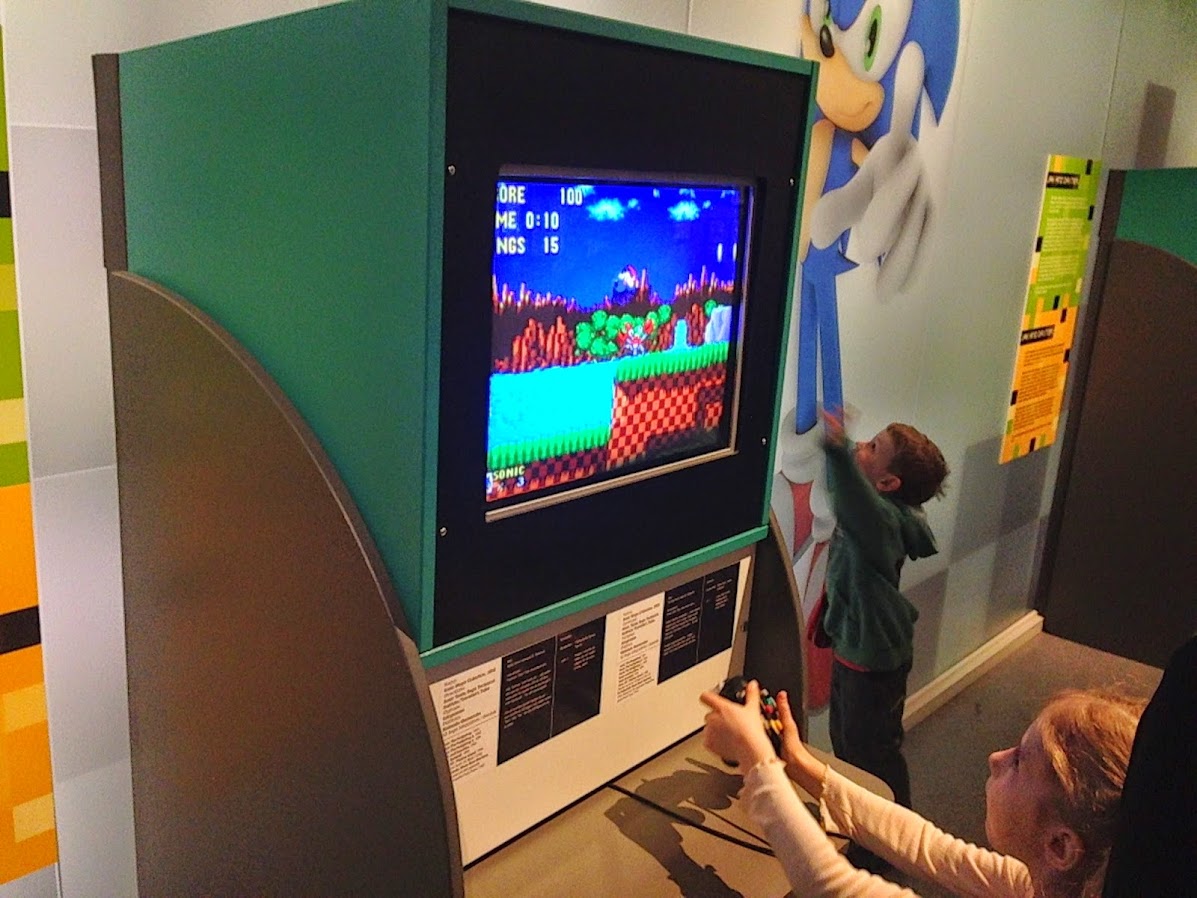 Go By Train?  No, I go by plane!  This was not a popular game (surprise?) – not here anyway.  I think in Japan and arcades it may have been. 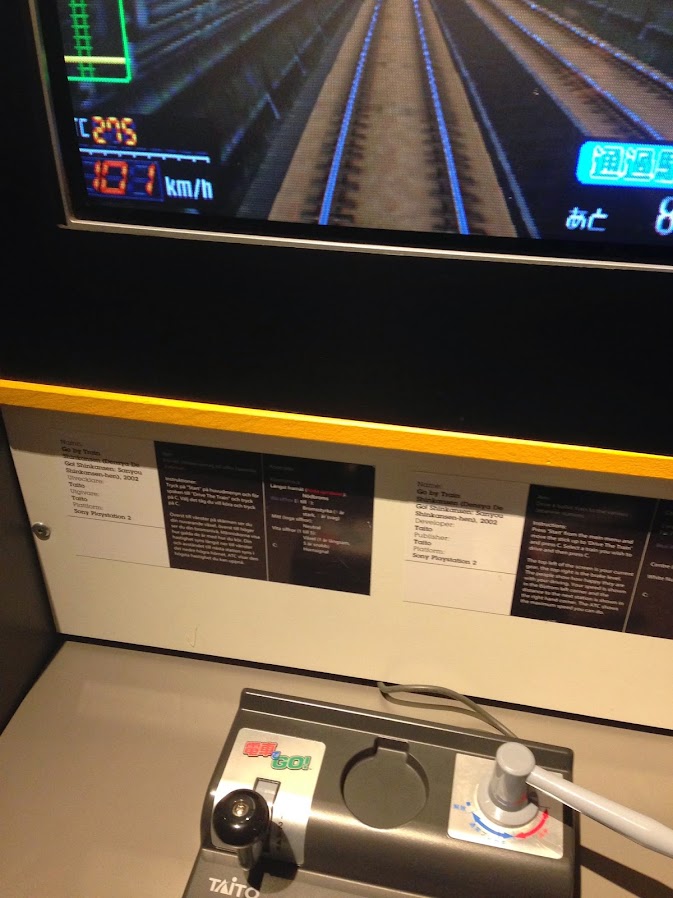 Apparently this rig was originally supposed to host Magical Chase – which happily it wasn’t.  Blazing Lazers (not sure why the z) was a great game and afaik a bigger deal?  Never even heard of this Magical Chase.  I beat this game but only with the assistance of slow-mo – it would have been rather hard to do sans that…  well I beat it back in the day, here I did bust clear through stage 2 though.  It seemed to be neglected so I kept plowing through it, until time ran out and we all had to exit the exhibit to make room for the next group. 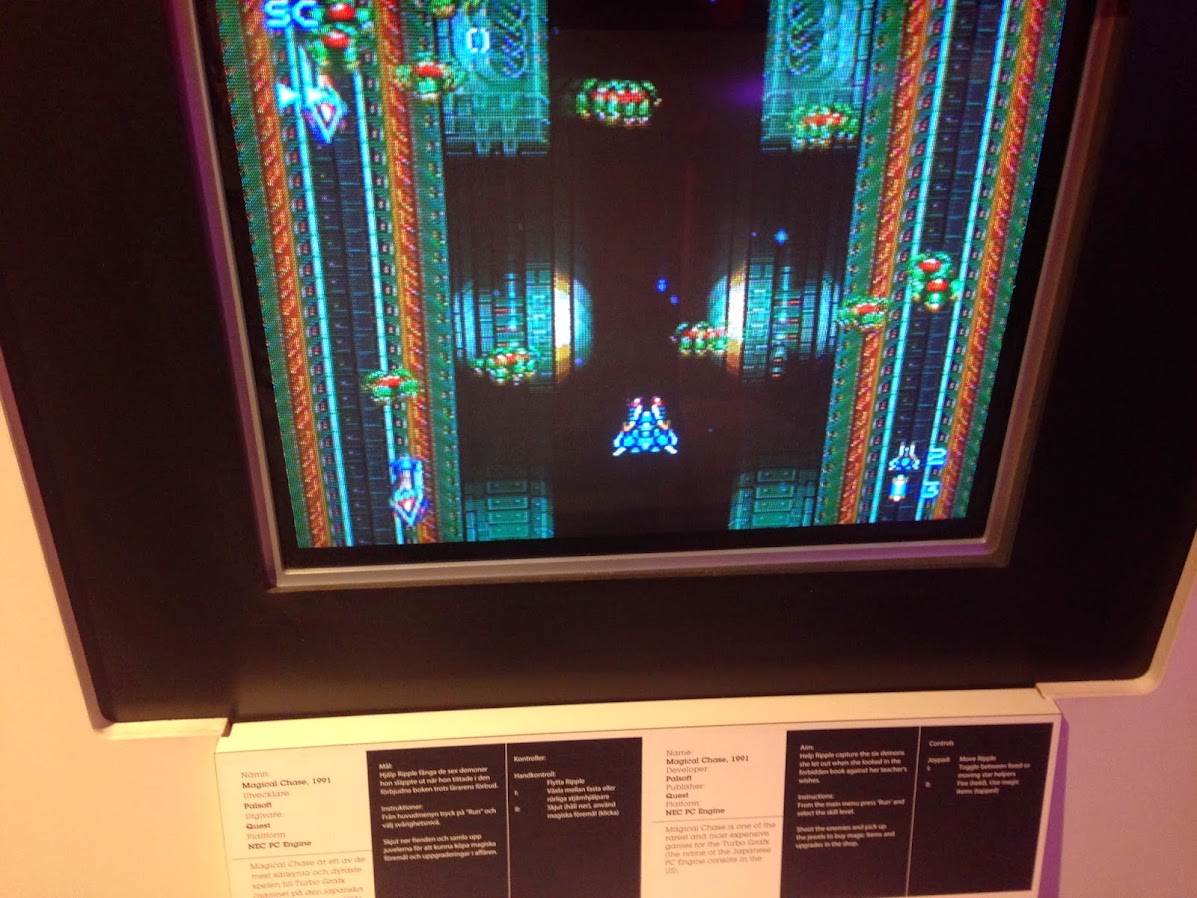 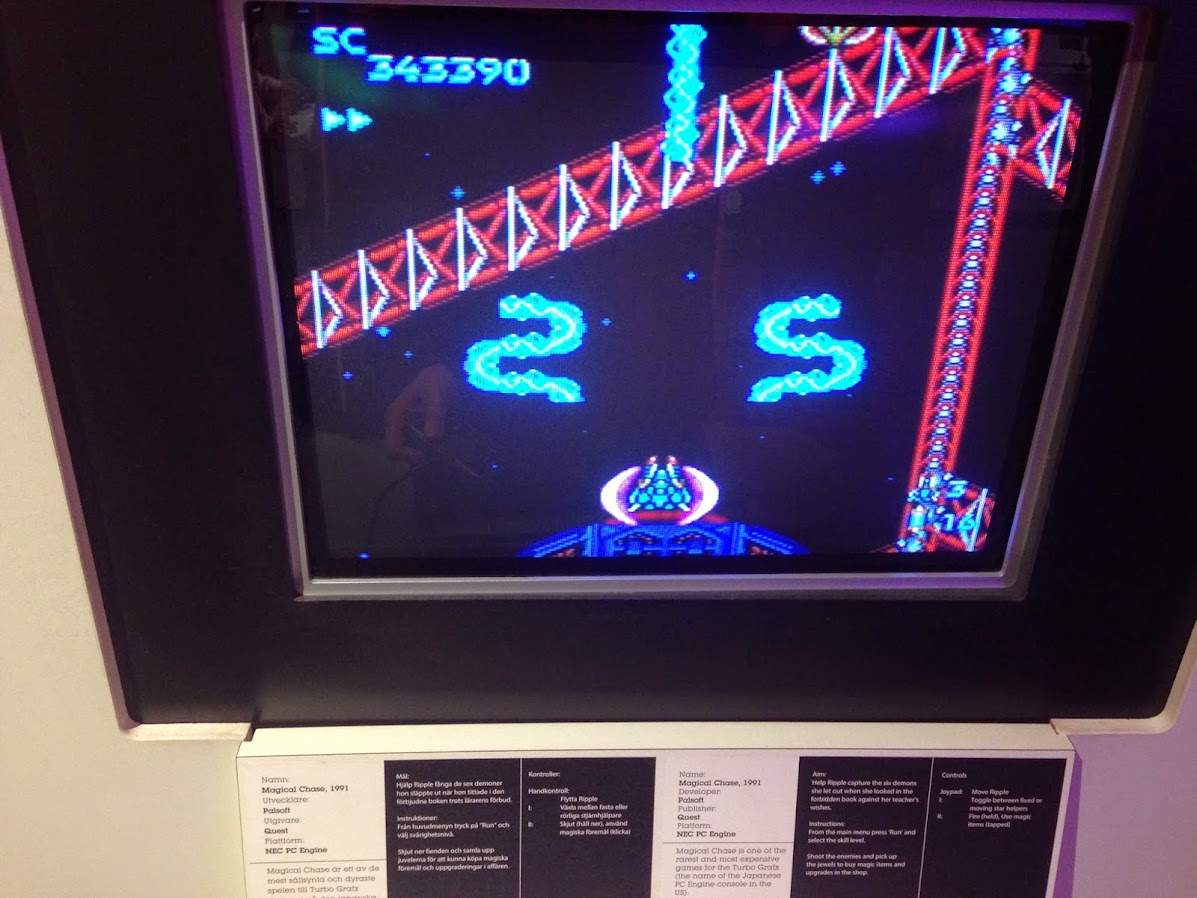 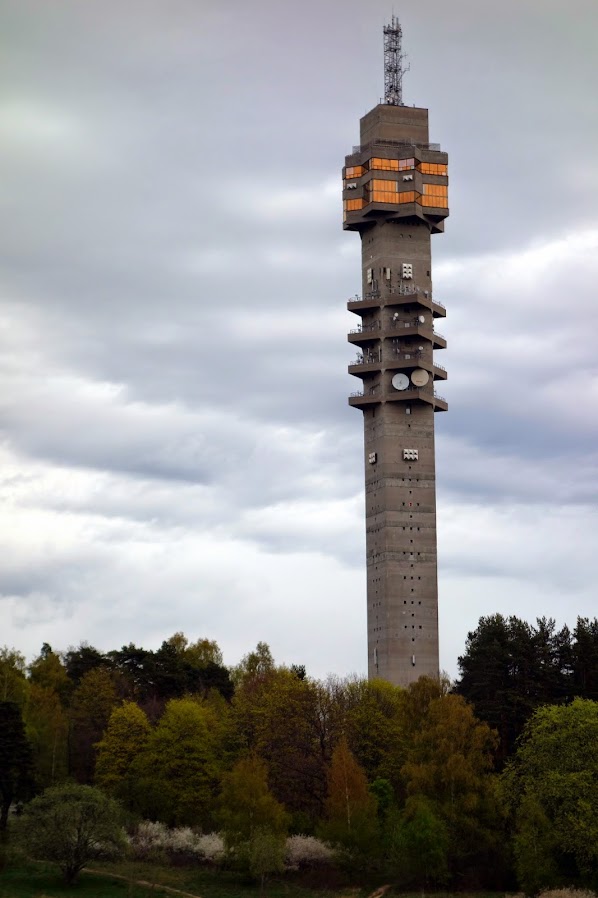