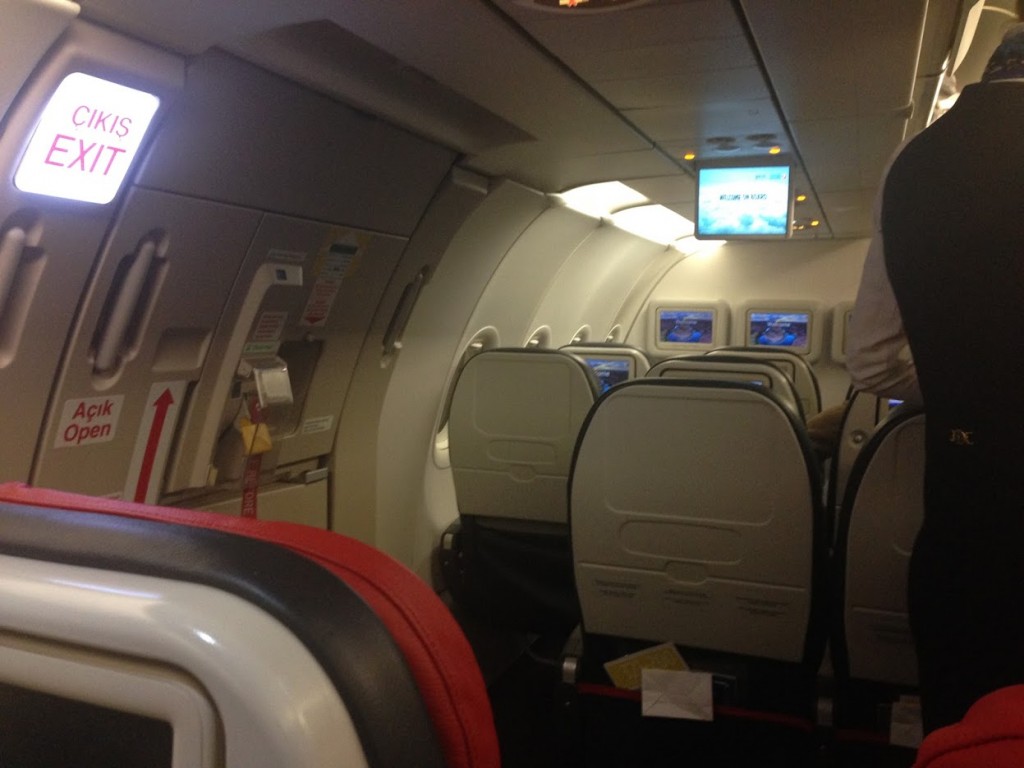 I flew on the Turkish Airlines TK868 Economy Class flight from Istanbul to Abu Dhabi. I flew economy on the 32B (the Turkish configured Airbus A321) – I ended up with seat 9C behind the exit row, for this 5 hour flight. A little crampy for me at 6’2″, although I really didn’t mind it for some reason and felt better than I expected during and after the flight. Maybe I should be saving half my business miles and traveling twice as much in economy eh? I think I was too busy watching a movie then zoning out sleeping a bit to care. I used 20k United miles to book this flight, a solid redemption in my book.

I had the beef. I didn’t realize alcohol was included, is that normal for international economy? I had it with red wine.