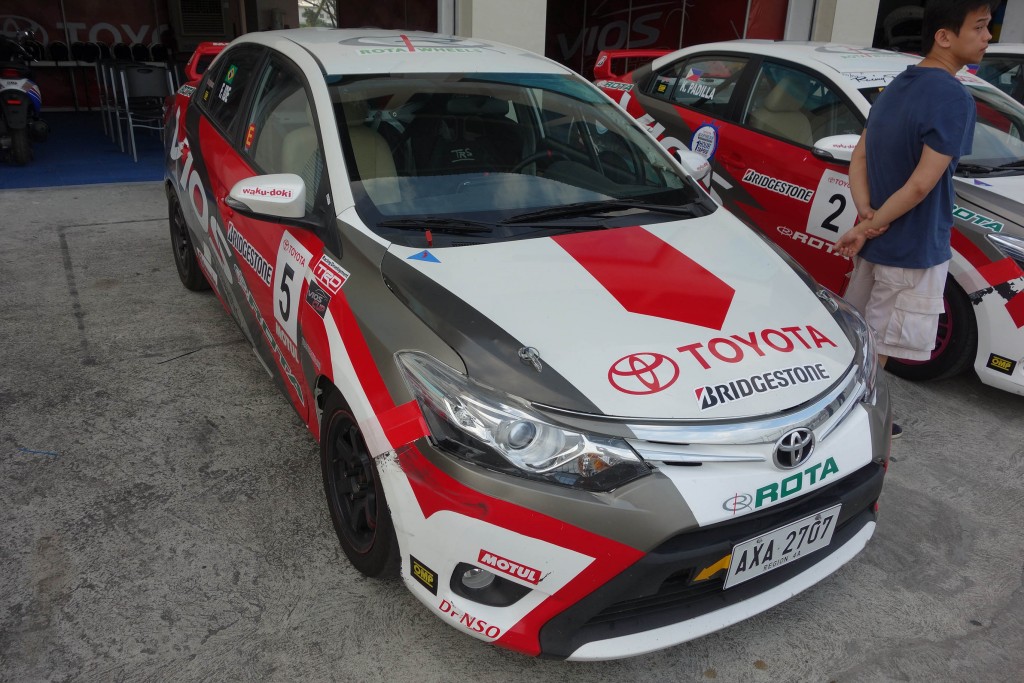 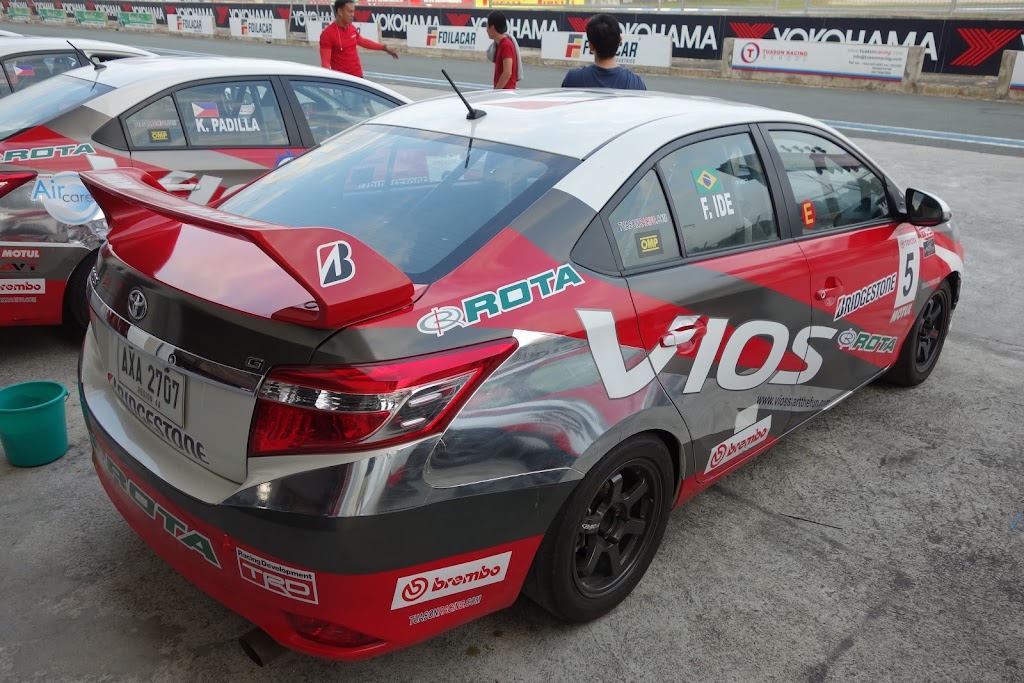 Toyota runs One-Make Racing (OMR) series in SE Asia with their Asian market only Toyota Vios, called the Vios Cup. The series is popular in Thailand, and recently introduced to the Philippines (3rd season for 2016) and has experienced rapid growth here. It is also starting up in Malaysia now as well. In the Philippines it has run in many interesting locations, from Clark International Speedway, to Subic International Airport, to street circuits around Cebu and the Mall of Asia in Pasay. 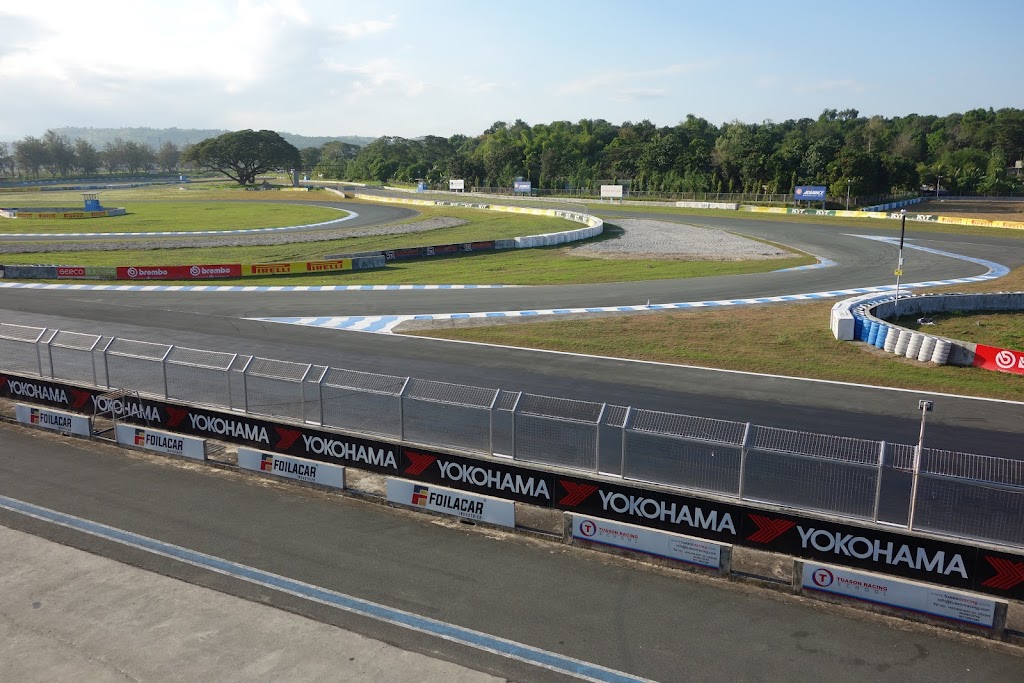 Toyota has a pretty nice program to get into the sport – it includes a Level 1 class with the actual race spec cars to get a driver familiar and comfortable with them, and a Level 2 class to spend a full day lapping with one and learning how a race actually operates. The whole thing is a pretty awesome turnkey offering – the car is race ready, and includes a season of tires and some maintenance along with a free Level 2 class. After car purchase a driver just need pick up some safety equipment (gloves, racing suit, helmet, HANS, etc.) Race tracks are very accessible here (for the most part, just show up with a car and you’re good to go) – these cars are also street legal so can be driven to/home the track for practice and races. What are the specs? 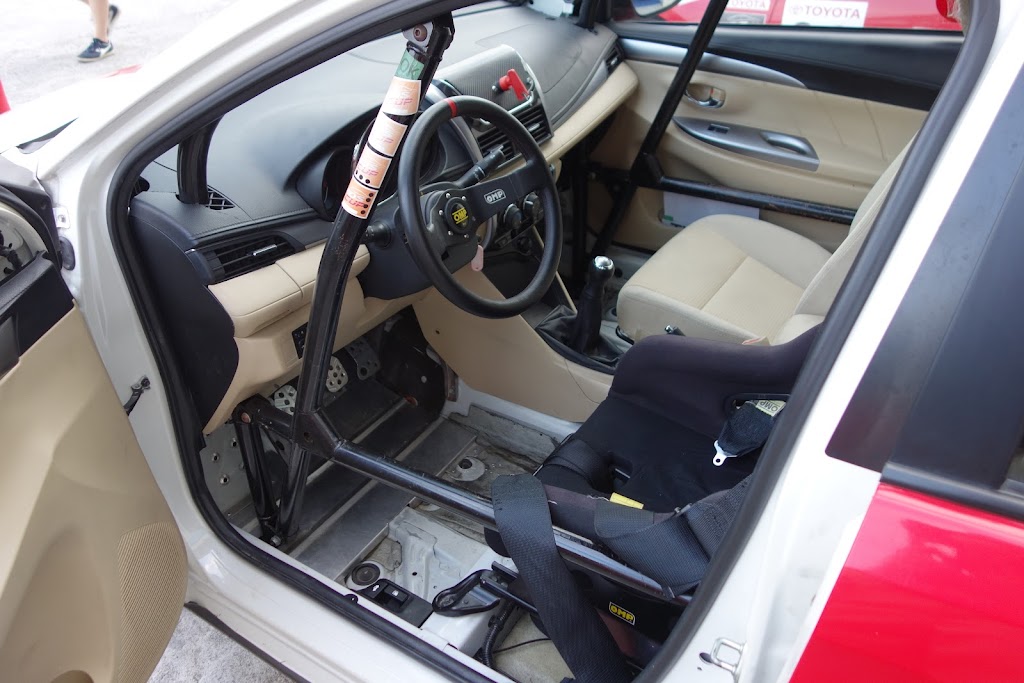 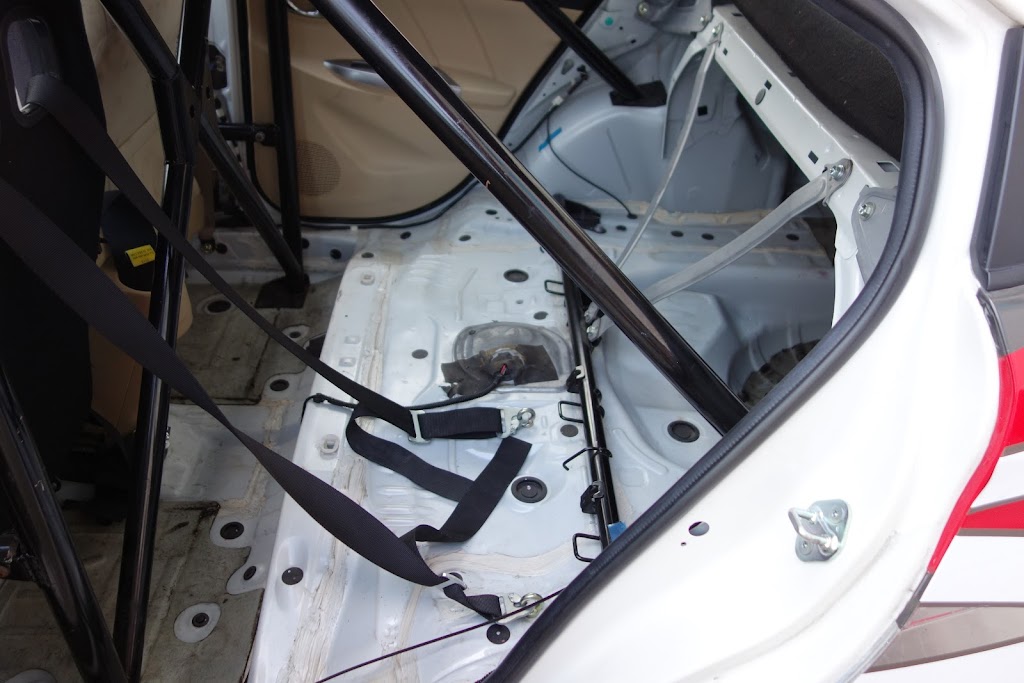 The Level 1 class here in the Philippines is put on by the great guys from Tuason Racing School. It is held at Clark International Speedway. There is a karting track nearby although it is unlikely to be open during a Level 1 class. Best to call if you’d like to try and figure out a way to visit it as well. The same cars that Tuason teaches students in are also the cars that Filipino celebrities drive during spec cup races, which is pretty cool! I had car #4, driven by Kylie Padilla. 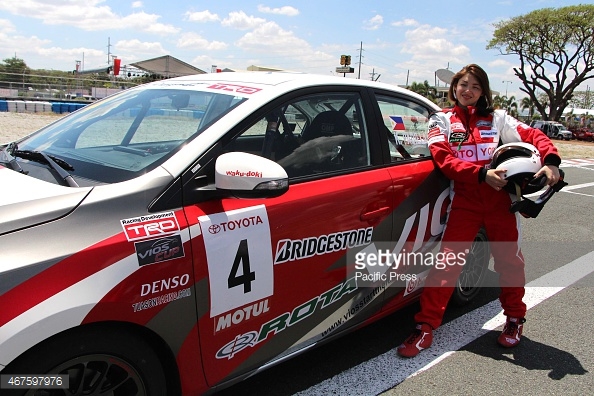 Level 1 class is a half day experience, in the morning or the afternoon. The format consists of a classroom session, then scuttling off to hop in the cars and drive. Once you’re out you’re out – so if you want to stick anything on the cars figure that out before you leave. I brought my AiM Solo to collect some GPS data and my GoPro 4 for some video. The drills consist of an instructor taking you through an example run, and then you running the drill. A radio is provided for one way communication from the instructors into the cars; the cars only ever have you or you and a co-student you are sharing the car with. If you’re sharing a car, you’ll run the exercise through completion and then switch sides to allow your co-driver to do the same. 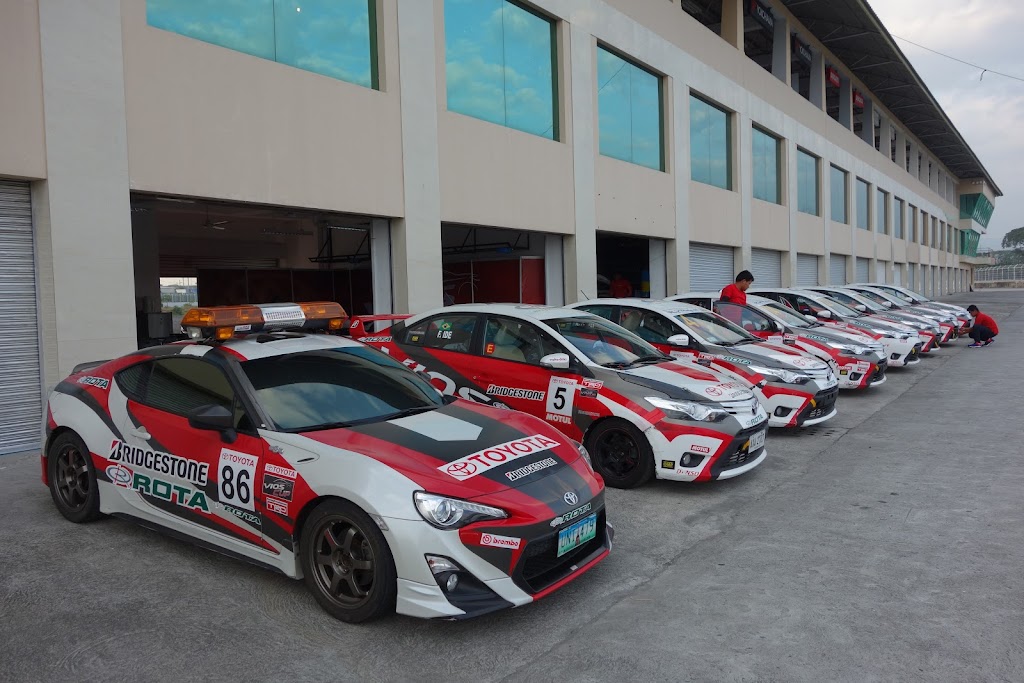 The class will be broken up into two sides – to head over to the West side and the East side of the track. I was on the East side. The track is pretty cool and I’d love to run the full thing; I see both 3 km and 1.9 km online, although the 1.9 km seems to actually refer to a karting configuration? It’s pretty long so the full version seems more correctly to be stated as 3 km / 1.86 mi. 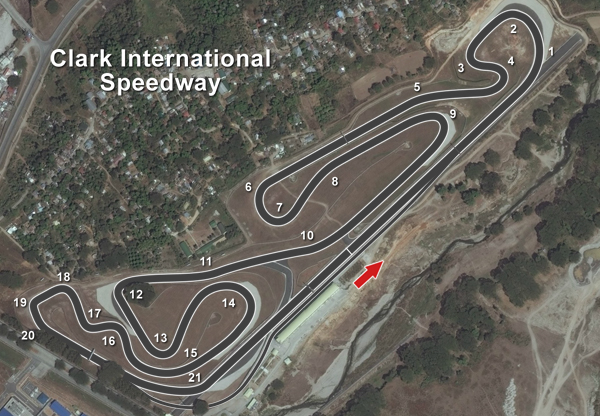 Our first exercise was a braking one, with a rather short stop box – if you’re not used to braking for a track, they are trying to teach you here just how hard you can and how hard you need to do it when running at speed. After this a slalom is set up, with a turn around to run back through it and into a stop box. They let you take a few practice runs then will do a couple timed runs too for a fun little competition. 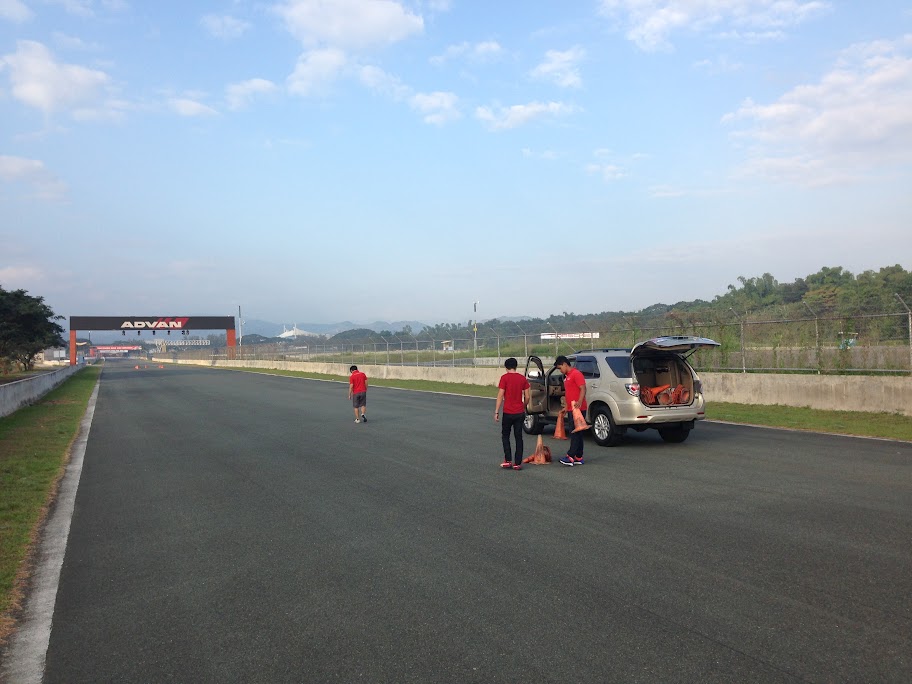 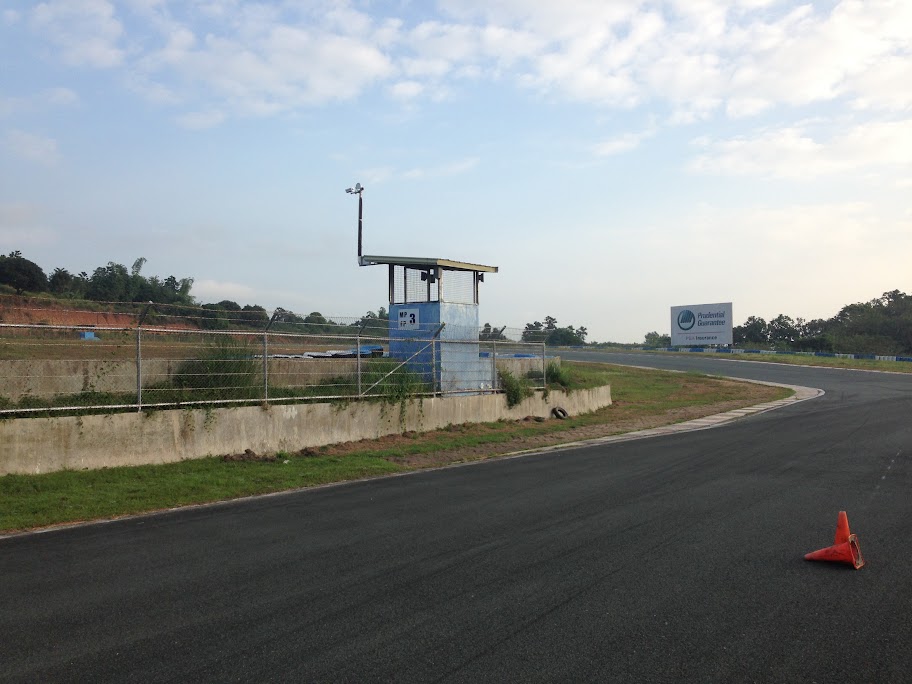 After these exercises are completed, you get to run the track in a lead follow session behind one of the instructors. My BRZ/86 buddy Jan was an instructor for our group, and he had a woman behind him that I believe was a kart champ? Not sure if she had done one of these before but she was kicking my butt. Just as I felt I was starting to get a little better at the track it was time to come in! Isn’t that always the case? Time for Level 2! Unfortunately I’ll be out of the country when the next session for it comes up.

Toyota subsidizes Level 1 – this is a bit of a marketing funnel into racing the series. The cost is 5,000 PHP – as of this writing about $105 USD. I paid for the class once I got to the Philippines with cash via a bank transfer. Getting to drive on a legit race track with a caged out car at this price is quite a deal, it is hard to beat! I’m not sure if the Thai and Malaysian classes are the same – but note the Thai class is only in Thai. This class is available in English, which is very well known in the Philippines. The Level 2 class is 25,000 PHP, or about $525. For all the seat time lapping in a caged car on a full cool circuit like this that’s still an awesome deal. Note there’s no insurance though – you will be responsible for any damage.

At 6’2″, putting myself into an Asian market only car, with a cage and fixed back seat, was a pretty tight fit. I kept hitting my helmet on the roll bar and I really could have used an inch or two more for my legs. Obviously this is a rare problem for Filipinos, although it would be nice if they had at least one car with enough height adjustment to accommodate the occasional taller driver, which I would think could be done without sacrificing any comfort for the average driver? – although I’m just speculating at that. The Formula 3000s at Yas Marina do have a special big boy cockpit available in one of their cars. 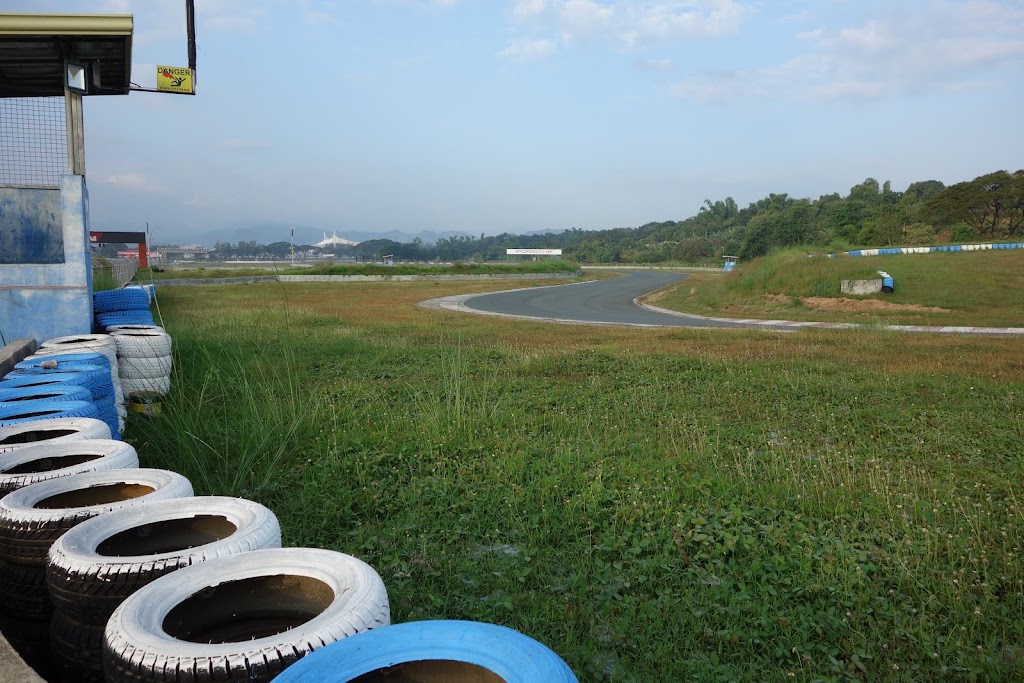 I made do during the braking and autocross exercises. Driving closer to at speed in the lapping was a bit trickier though. I didn’t know the track or gearing well and tried rolling around only in 3rd – it became evident after a while that I should really be in 2nd for some of the turns. My heel toe is sloppy but acceptable in the BRZ; any new or different car takes some getting used to, but I was pretty tight in this one. My muscle memory BRZ heel toe attempts were basically resulting in me doing some stabby overbraking. I was getting a bit better at the end of our session, although much work was clearly still needed. The only reason I might have hesitated doing the Level 2 class was how challenging it was for me to try and do this a bit more cleanly given my seating position. Video of what is an embarrassingly slow pace to any Filipinos that have been here below! I’m not sure I did that great a job synching the data but it’s close enough.

I may replace this video with a better one later – I can’t get my 4k source to render out on Dashware at 4k. At home I’ve done 1440p – although it won’t render that out on my laptop either. So for now on this trip it looks like I’m stuck rendering at 1080p… The program was great and I had a lot of fun. It would be a cool series to watch here and I’m sure it would be awesome to run in, and the program from Toyota seems pretty solid to start you off. My only critique, outside of a little better seating accommodation for the occasional taller folks, would be in providing information about the program a bit more online. The next Level 2 date is near the end of February, but I know that only because I asked at the facility; the 2016 dates for Level 1 school that are scheduled at this time are: Feb 27, Apr 16, and Jun 4th. I don’t think that information is available anywhere else online right now, although it certainly should be!

To sign up reach out to Tuason Racing School. 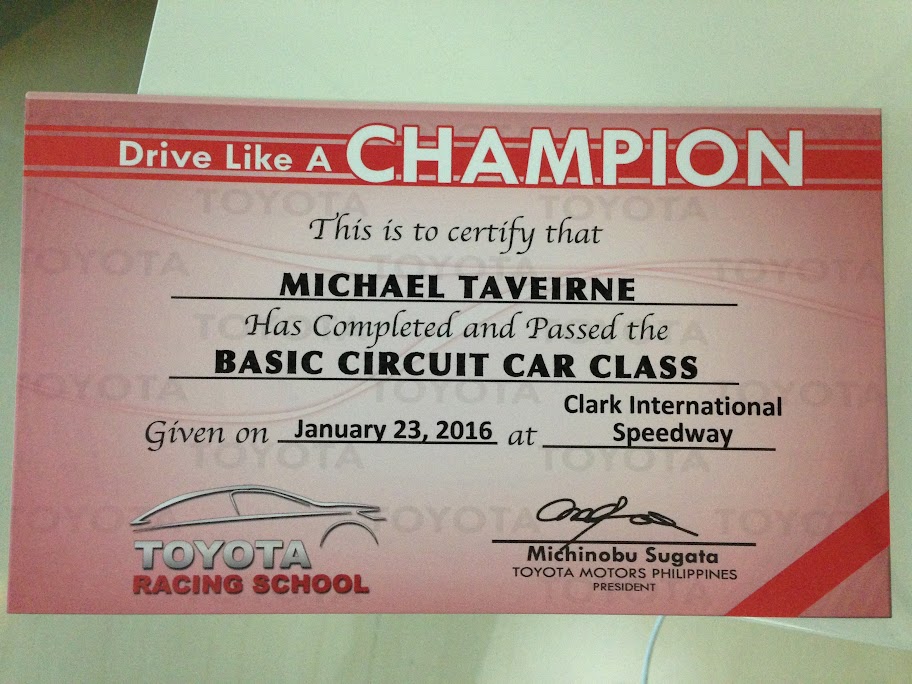