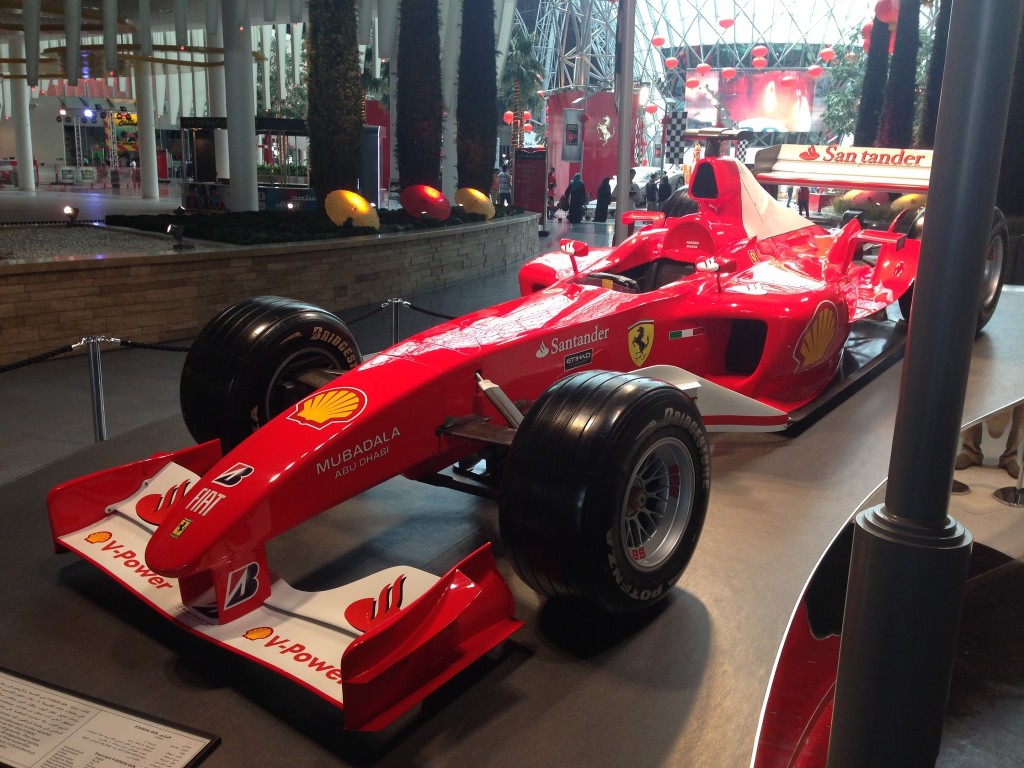 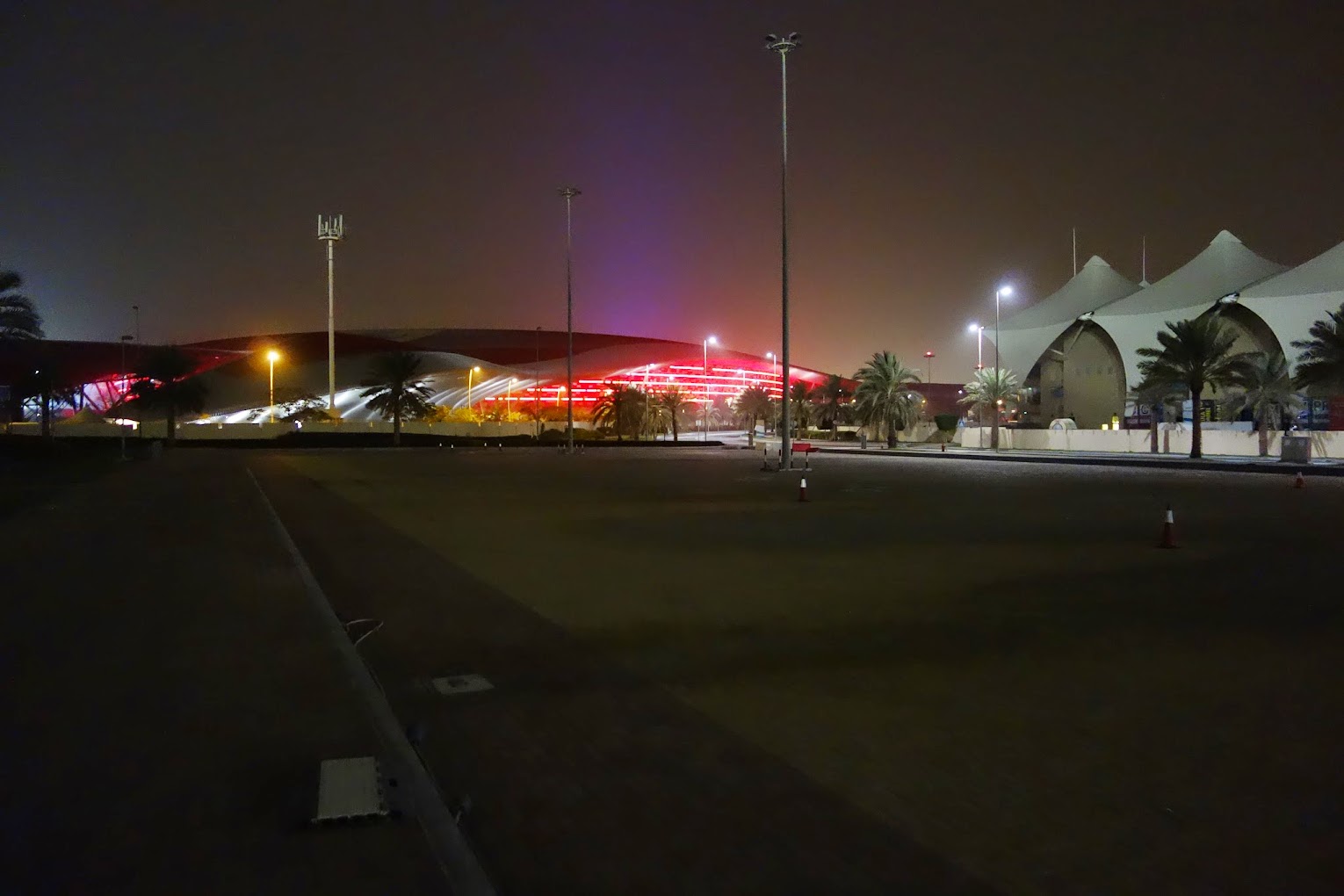 My buddy Josh and I visited Ferrari World in Abu Dhabi – the world’s largest indoor amusement park.  It’s located on Yas Island, the same place as Yas Marina Circuit with its many driving experiences and kart track – although they are not within walking distance of eachother. 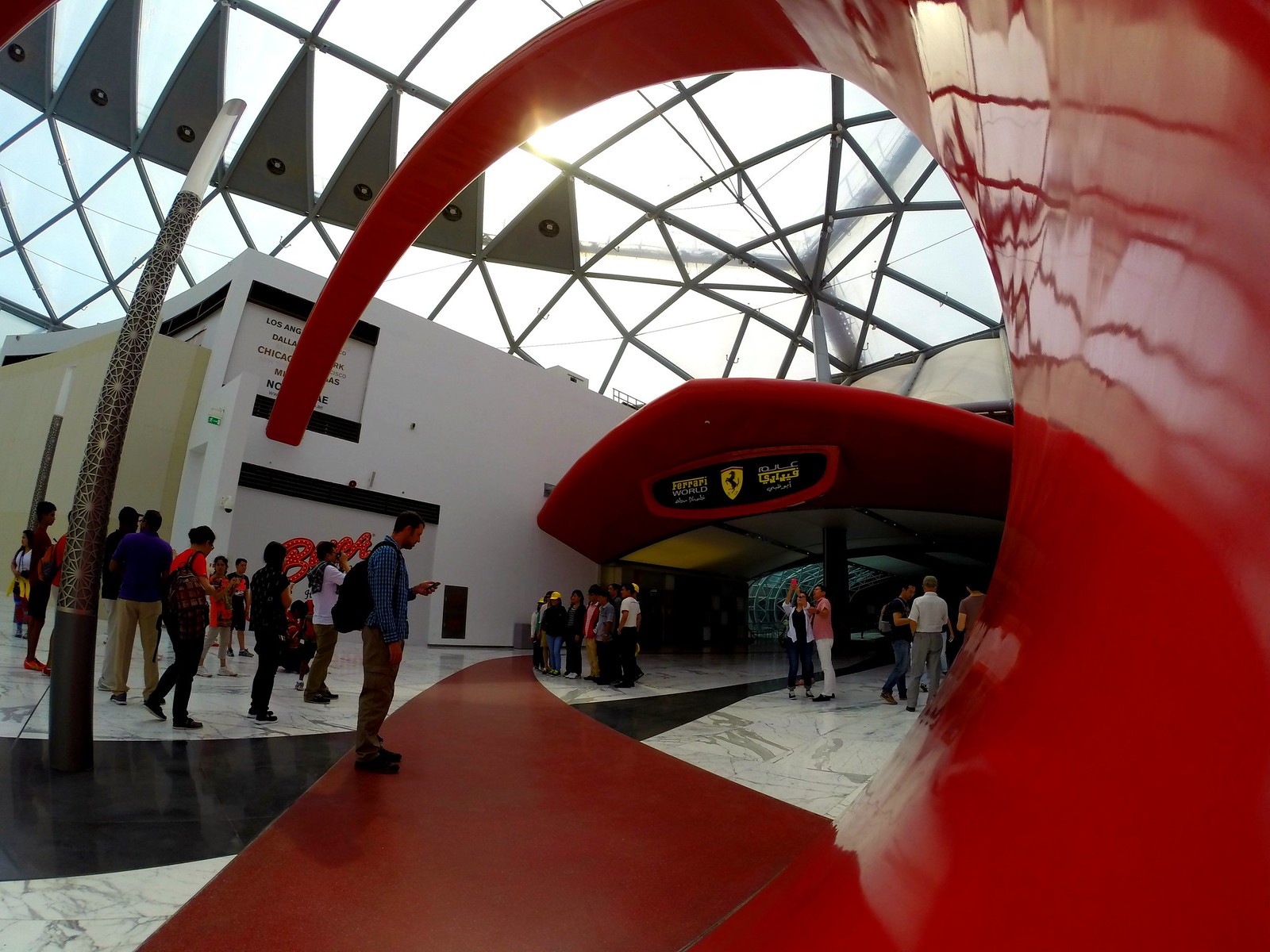 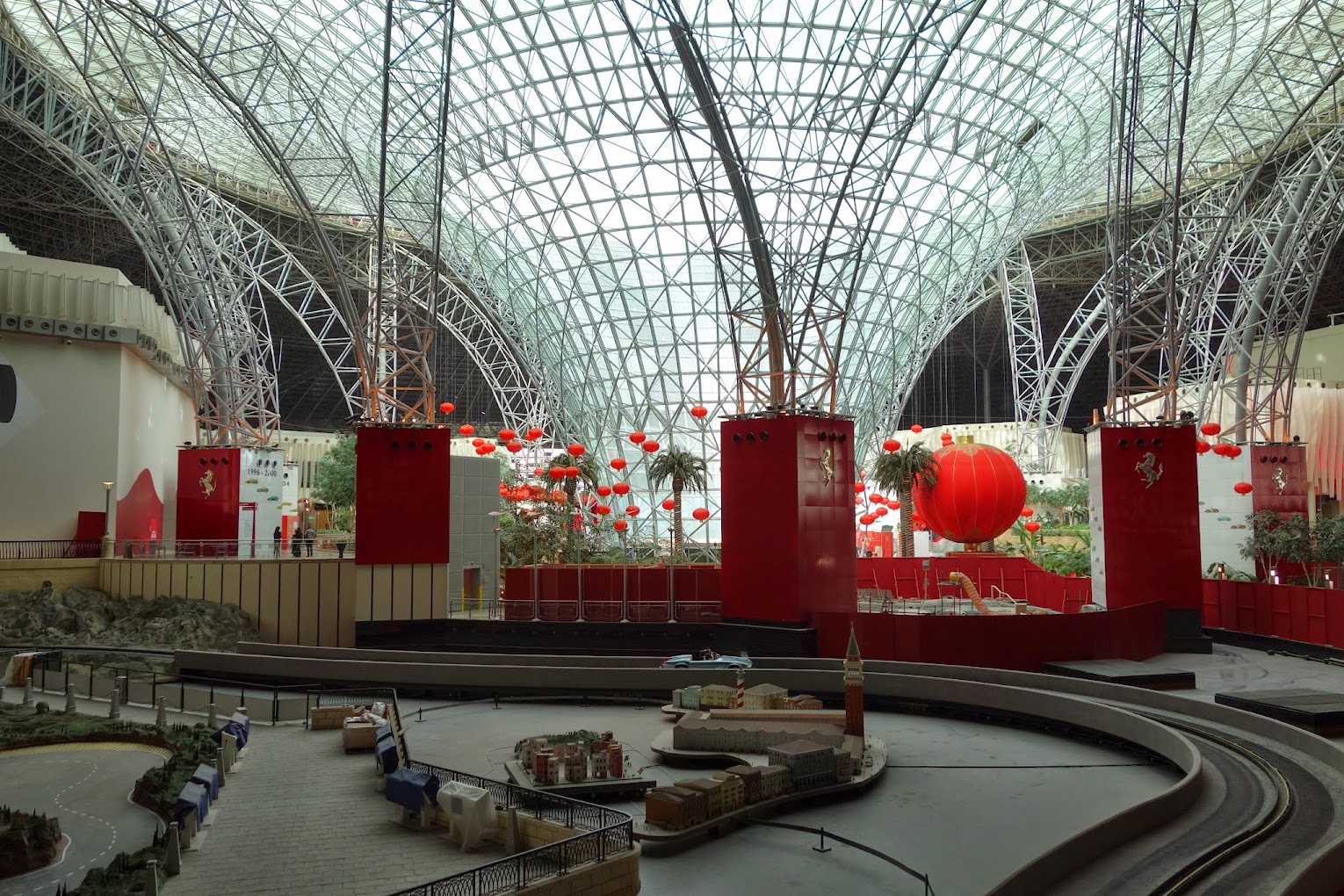 It was decorated up for the Chinese New Year while we were there as well. 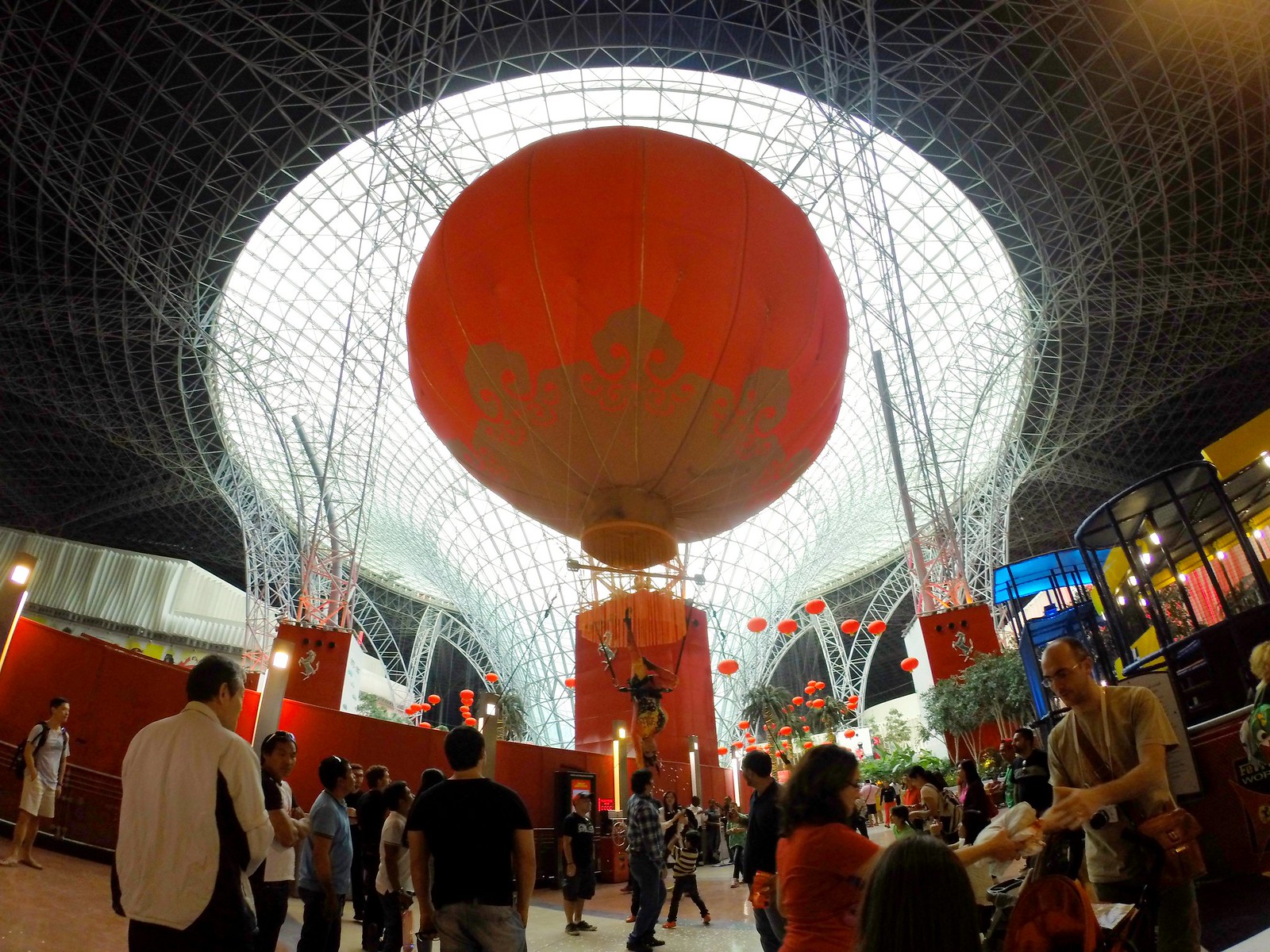 Ferrari World has a number of current attractions as well as those undergoing construction.  Included in these is Formula Rossa, currently the world’s fastest roller coaster, with a top speed of 150 mph.  It accelerates to the speed in about 5 seconds, hitting 62 mph in the first 2 seconds and hitting 1.7 in g-forces on track. 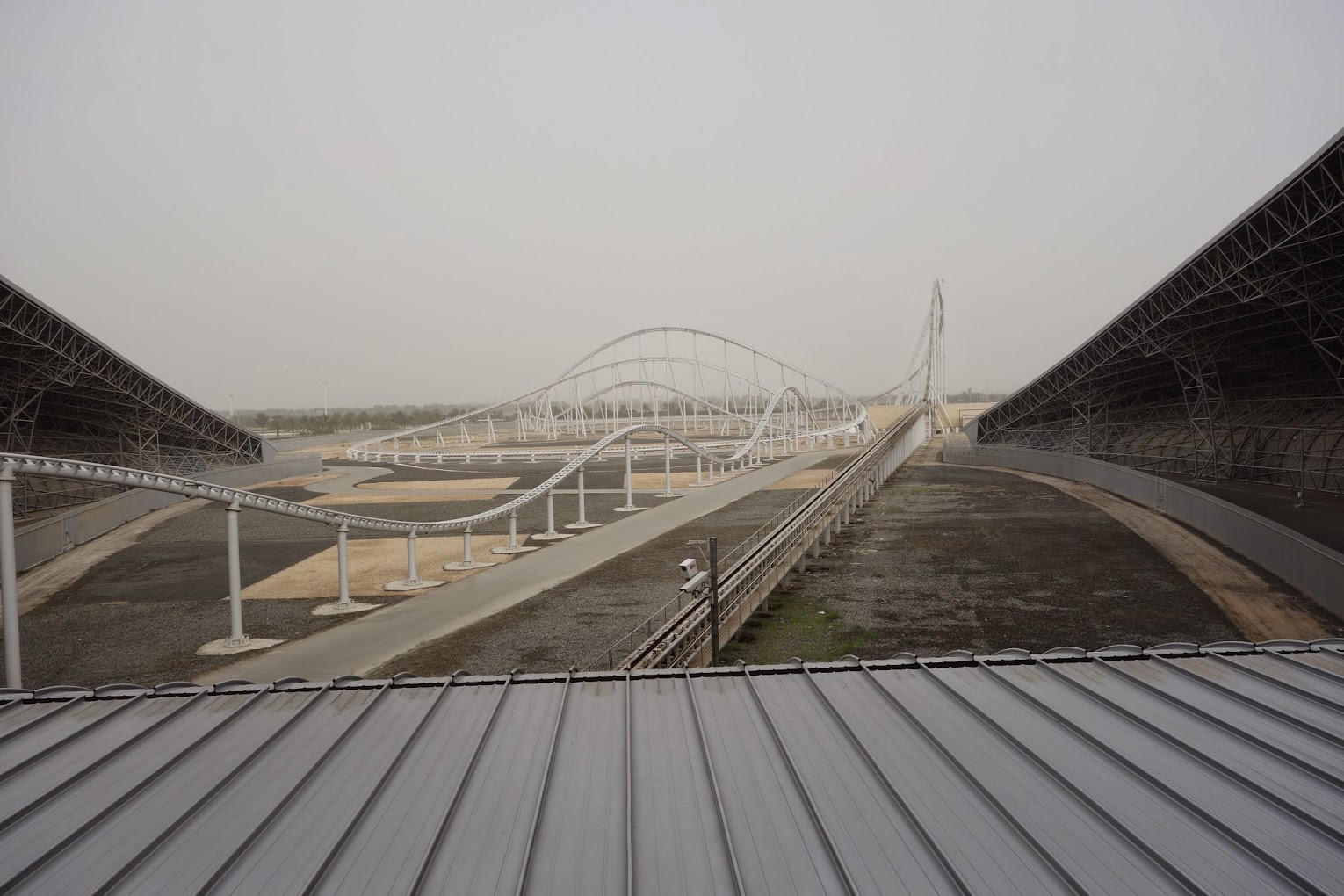 There’s quite a waiting line for the coaster, and I prefer my kicks on the ground, so neither of us ended up on it.  I would advise getting here early in the morning to make the most of the day and to beat others to the line.  The driving experiences of the karts and the game/simulators that we did all required registering a time slot for.  The normal simulators are included in the price of entry, however the advanced ones cost an additional 100 AED.  Both have hydraulics, although the advanced simulators have more advanced ones as well as placing the driver in a more realistic car chassis. 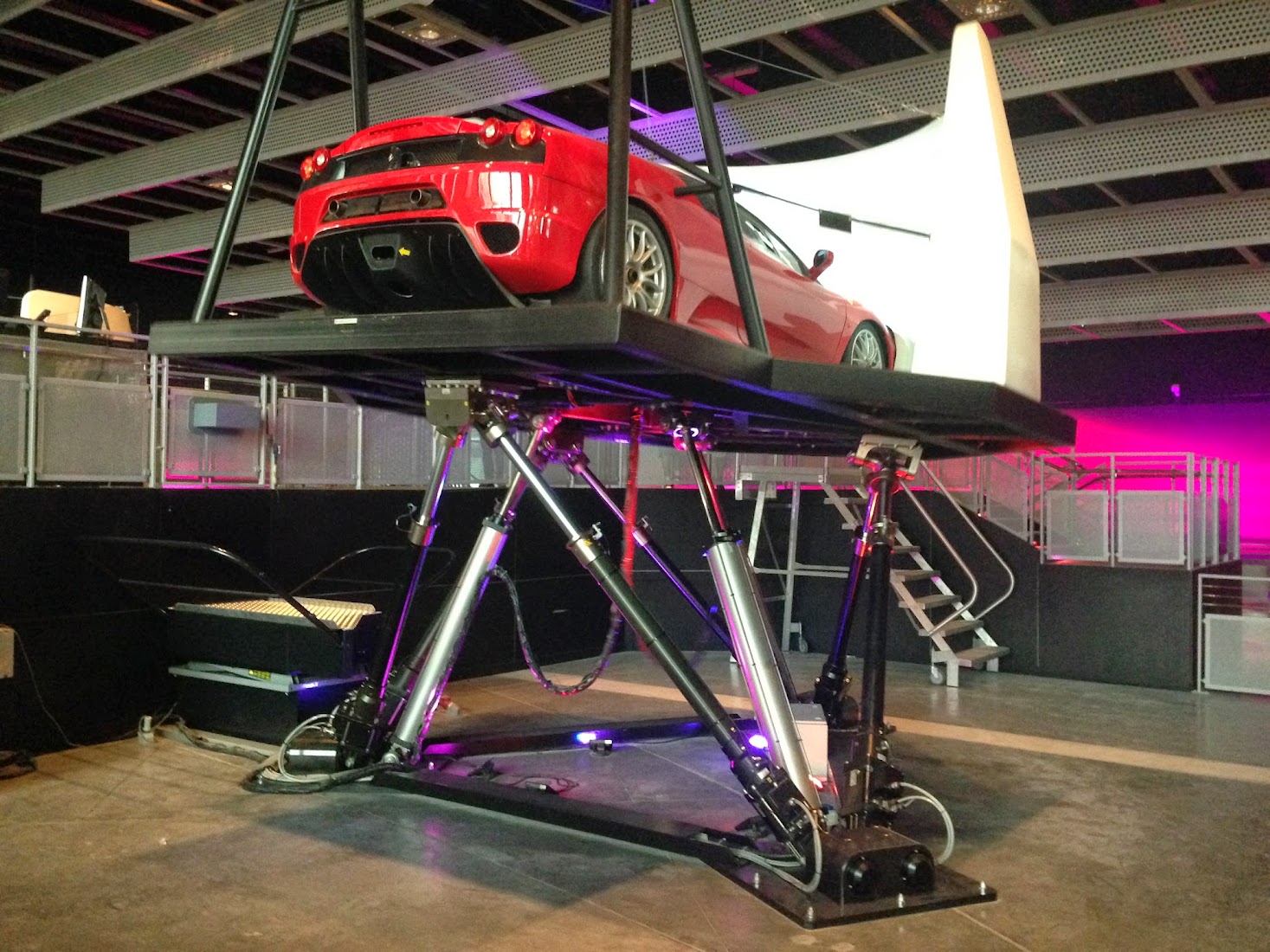 In the end, Josh and I did the advanced simulators but I don’t think either of us can recommend them, not for 100 AED, about $27 for a short experience that wasn’t all that fun.  They were pretty challenging to drive and drive well; it doesn’t seem looking at pictures or video that it was that hard, but I had a pretty difficult time clearly seeing the track on the projected background.  Of course they’re not going to cover up these rigs to stop that intruding light, but perhaps it is past time for a few bulb changes…  even with them I’m not sure if the experience would be worth this much.  Perhaps if it was also twice as long?  I can’t recommend spending the money on it in current form though.  The normal simulators are just as fun, if not more so, as the video is clearly visible and you are also competing against everyone else driving at the same time.

Much more fun was the karting at Ferrari World, which was a very different and fun karting track than the typical!  The track was a very shiny and flat surface.  The karts did not possess the steering range to even take many of the turns – the track was totally set up for sliding around!  You had to drift the car just to get it to rotate and actually make the turns.  It was a ton of fun and I wish I did have some video from it, unfortunately just a pic of the track though!  Note it is the very shiny and flat surface pictured here in the middle left of the pic. 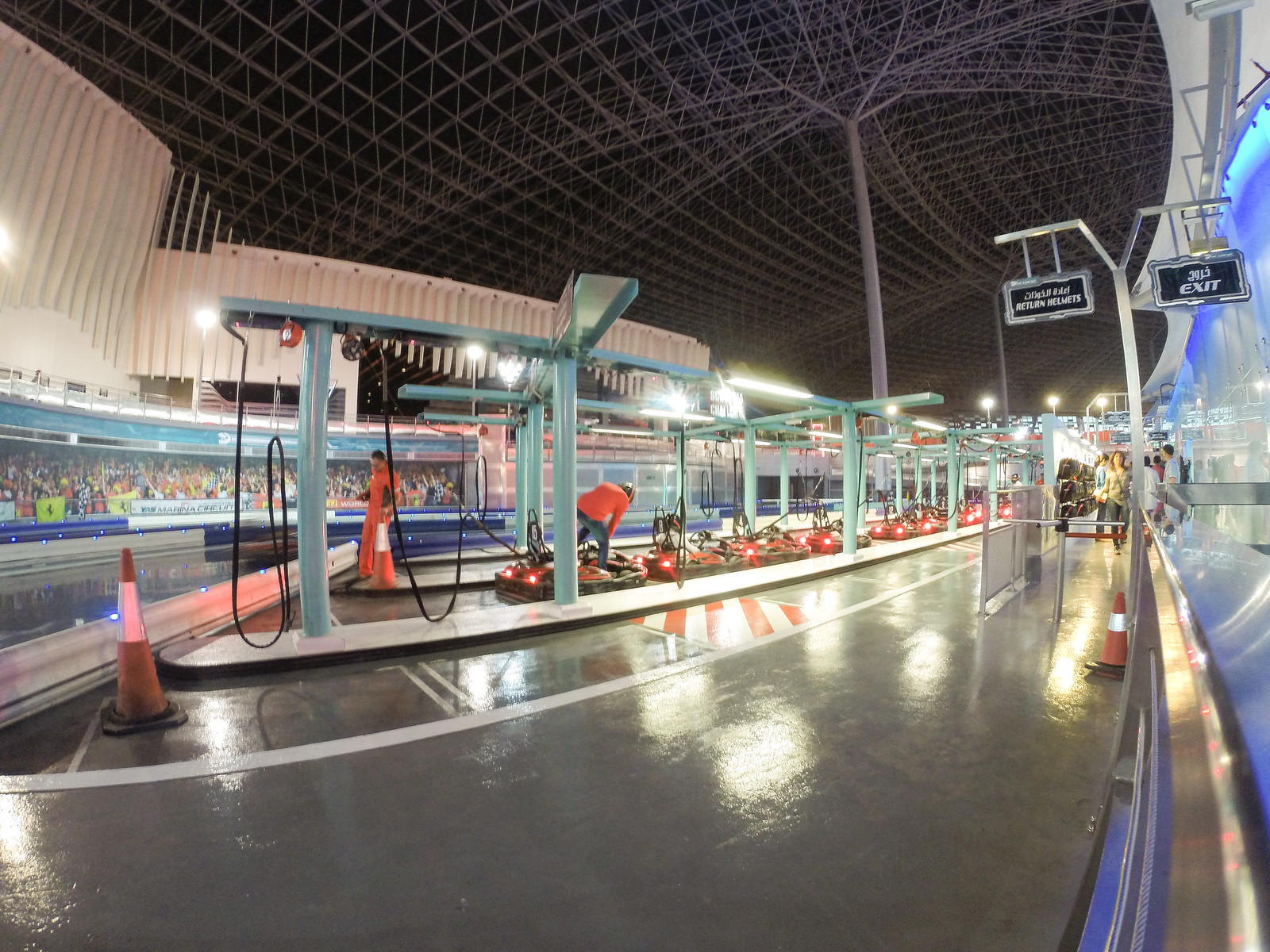 I did manage to find a video of some others on it however. You can see at 2:07 how shiny and smooth the track is, and at 2:21 how slick and slidey things are around the hairpin turn.

These karts were super fun, and we got back in line several times and were trying to see how much we might be able to gobble up of the best times of the day board, which we managed to do a bit.  The variations of Josh and Mike are all us.  This is really the most fun thing to do at Ferrari World, and the price of entry here is pretty high so it’s worth getting some runs in for kicks!  They will slot you together with the group of people you came in with, and if it’s busy and you have a big group, the scheduled time could be up to an hour away from registration.  So it’s worth hitting up early in the morning as well, or perhaps as we did, linger around near the end of the day.  People end up not showing up and it’s possible to slip in as a warm body to fill a spot even without being registered for a time slot.  Note the gap between the day records and the last heat session on the left – most people were not on top of understanding how to use the sliding to rotate and get around. 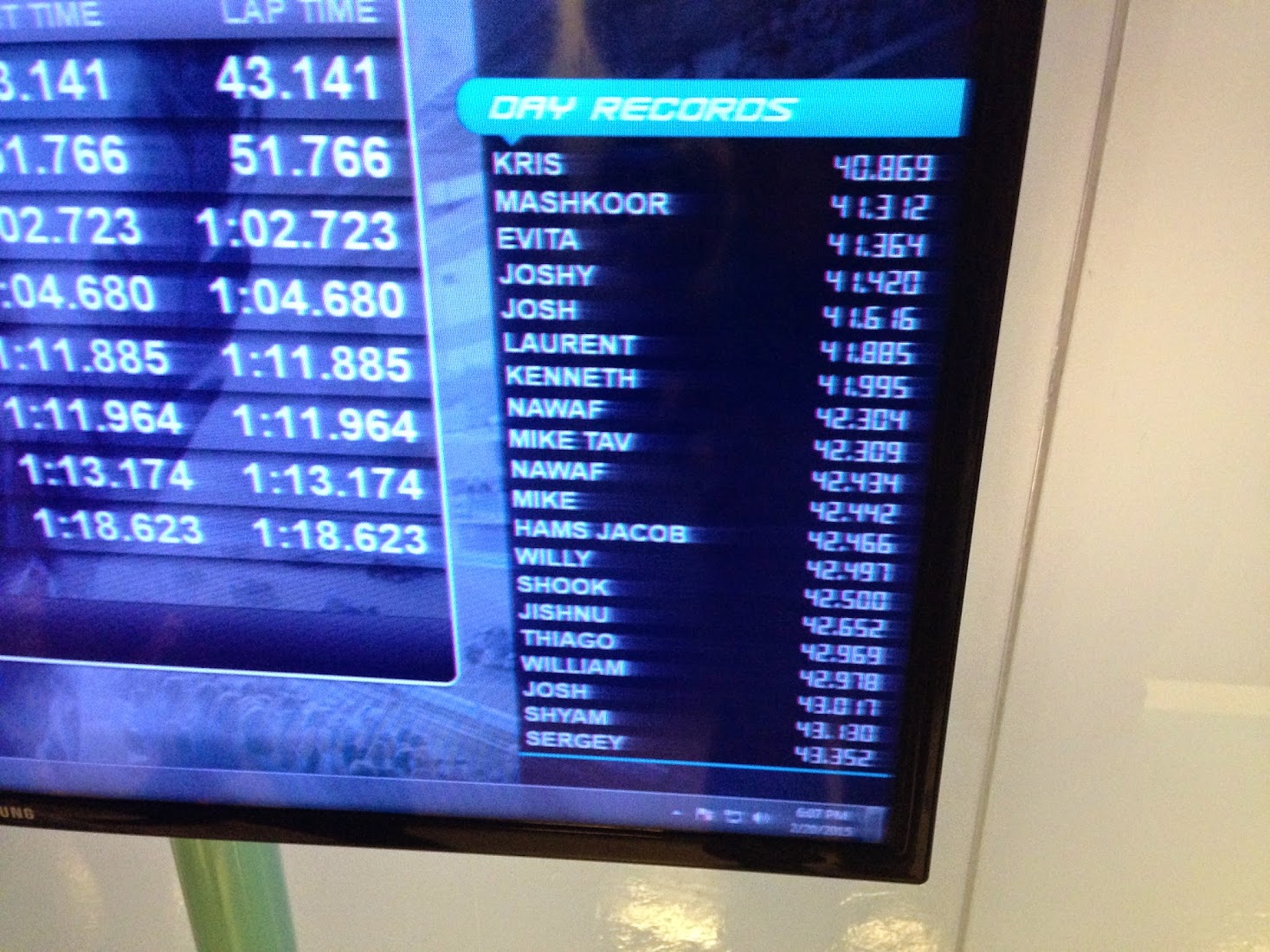 While headed on the way out, we saw a tire change challenge and were asked to try it, so we ended up getting pulled in to the next match… that ended up being Chicago, USA vs. Oslo, Norway!