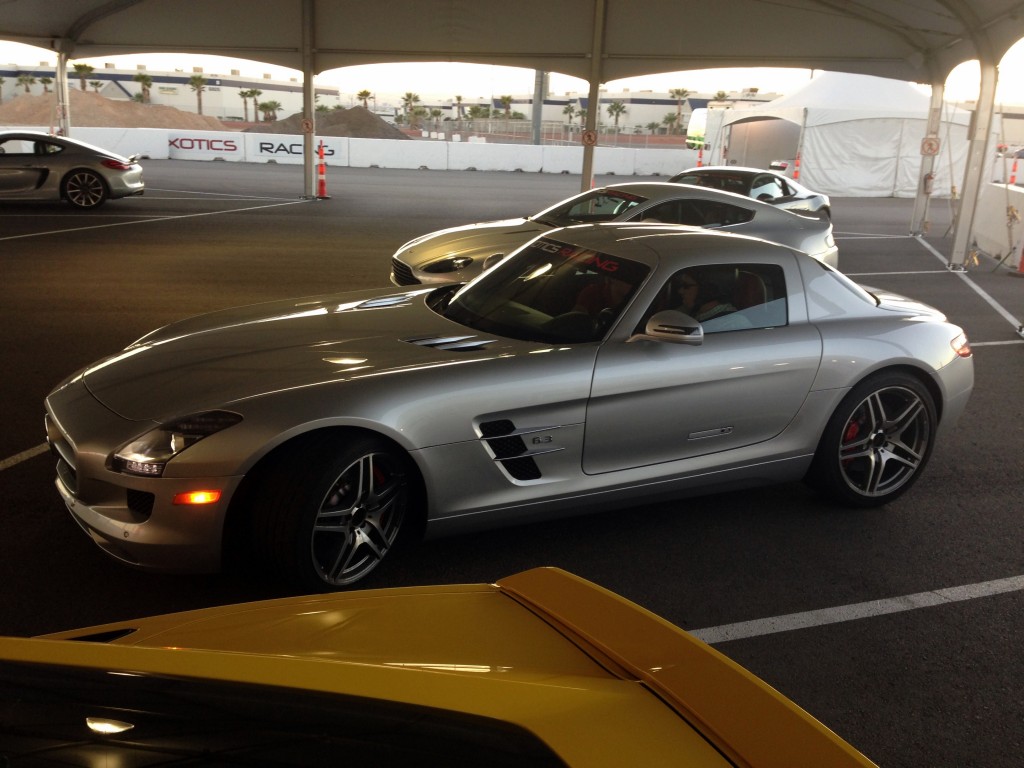 Made it to Vegas and finally made it out to Exotics Racing!  Luckily they had a deal on some of the cars, although so many people signed up for the GT-R that they allowed people to choose among some upgrades.  I assume there’s always a couple specials going on but here’s the price list on display: 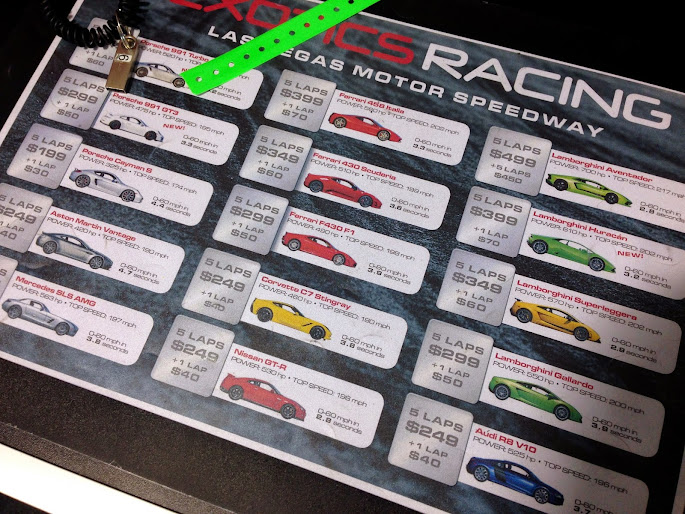 Some sweet machines in the stable: 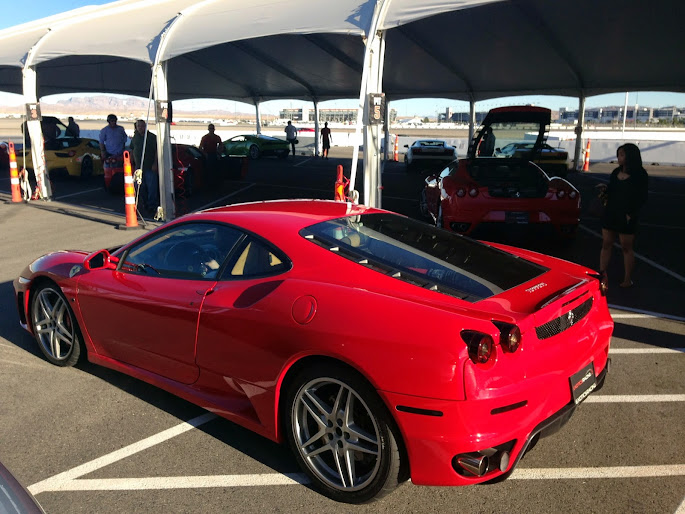 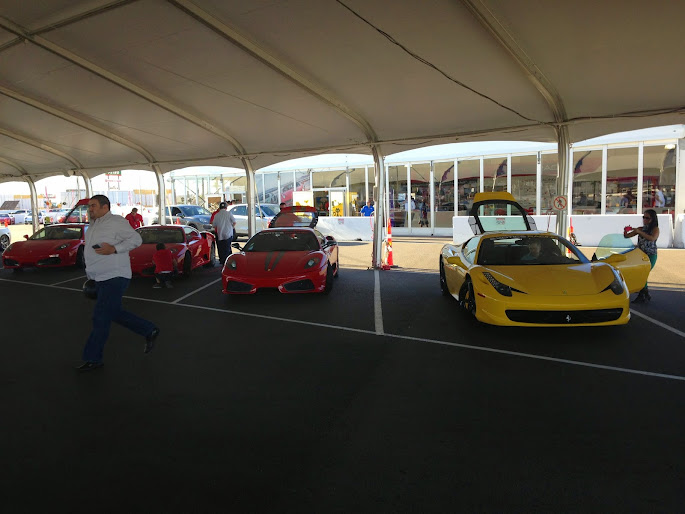 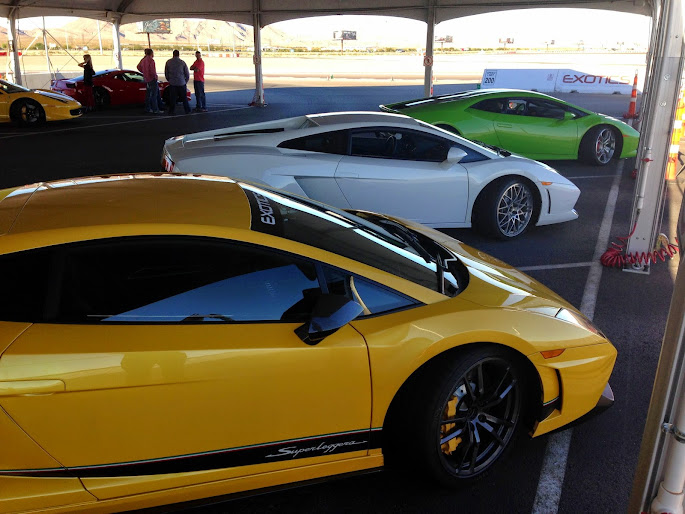 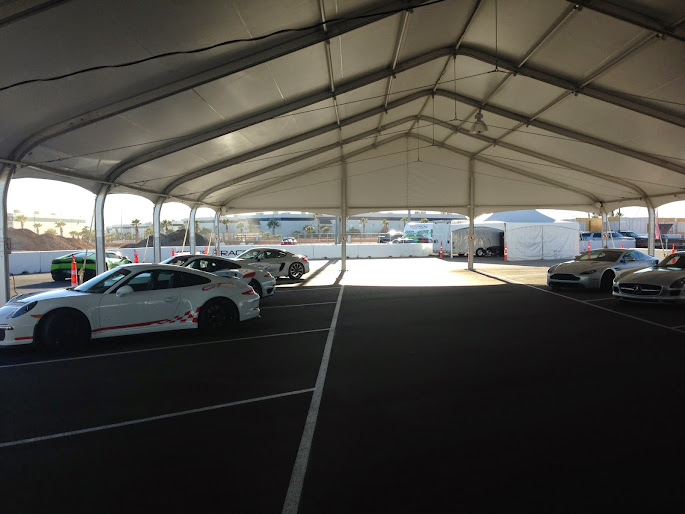 Here are a couple of the pics I did take, friends in the Mercedes SLS AMG and Audi R8. I drove the Porsche Cayman S. They also offer ride alongs in a modded Corvette with a pro drift guy, shown in the videos below. 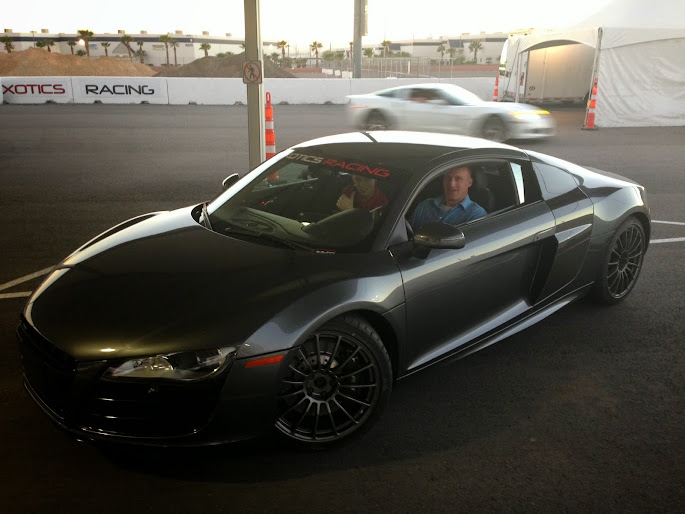 I paid a little extra to do 2 more laps in the Cayman S, which I think was the lowest hp car there, but a great driver’s car. It took some getting used to the paddle shifters, and I was starting to get the track down and start putting things together my last few laps, but then I unfortunately had to come in! Would have been quite a bit more fun to keep going but it’s not an inexpensive place. 7 turns and 1.2 mile course, about 25 minutes from the strip. We rented a car rather than paying for a taxi as it was cheaper. Highly recommended for a visit if you’re up for the spend and particularly if you’ve never been on a race track or in an exotic car!