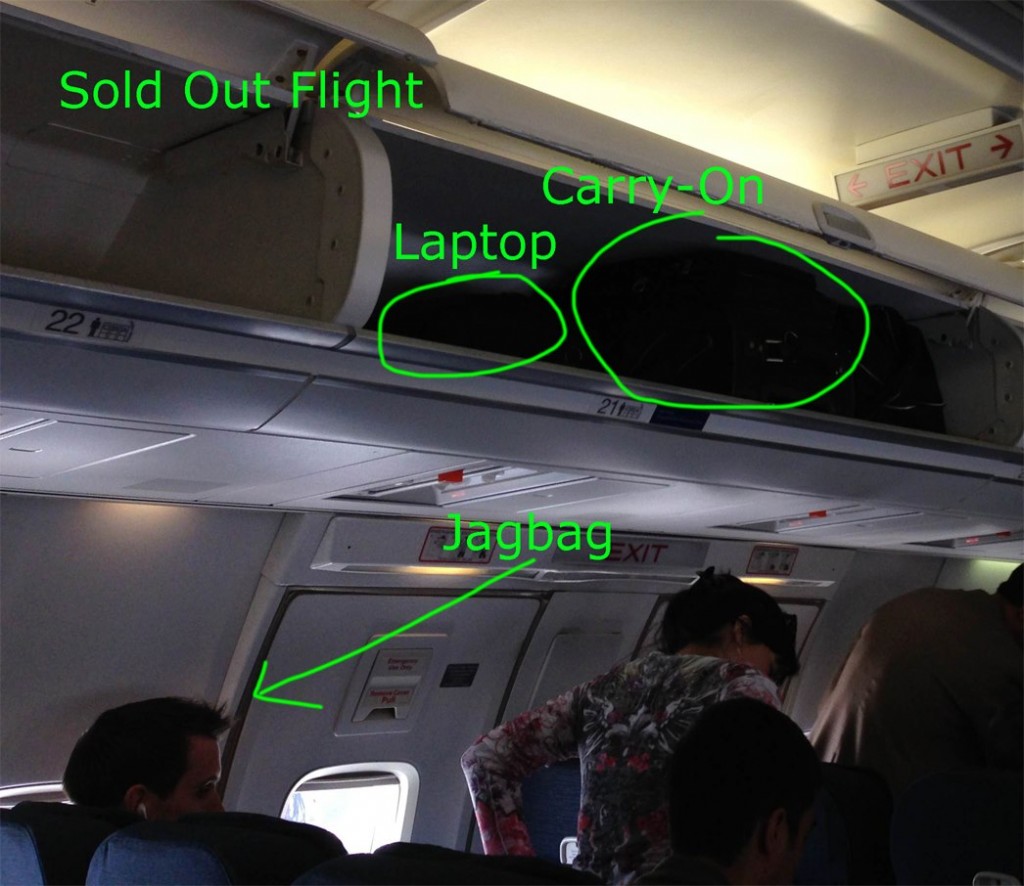 There are some perks to having status on an airline but really one of the seemingly minor but big deal ones is just getting on the plane earlier.  Boarding in group 42 and crowding the gate as soon as they start loading people who need extra assistance is rather annoying too, but I suppose a somewhat understandable behavior once one has dealt with the truly most awful people on the plane, the complete and utter space hogs.  I still suffer from their awfulness as I’m late to the gate plenty of the time.

What makes these people even worse is they often seem to have have been people who have flown more than enough to know better, and enough to be in earlier boarding groups as well.  It’s pretty simple: the carry-on goes overhead, the laptop goes under the seat in front of you.  If you want to put your coat overhead then wait until others have already placed their bags there.  It’s not that hard to avoid being a terrible person is it?

2 thoughts on “The Worst People on the Plane…”