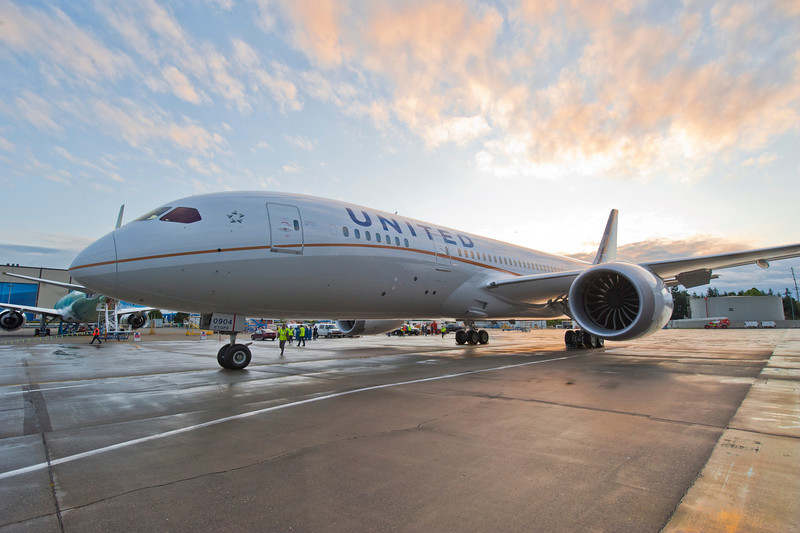 This article is on how to get the most out of an award redemption on United – American has different rules so that’s going to be a different article.  This article applies to tricks that can be done with international travel.  The rules for this can be found here.

What are our big bullet point items here?

The post Feb 1 changes are new – we’ll see how they affect an itinerary I try to create!  A learning experience for us all today.  An open jaw is basically a pop in/out of a different airport.  This means one can start and stop your trip in a different airport.  Or do so in the middle of a trip.  Or both, hey we’ve got two!  It’s really the best way to stretch the points and get the most out of them.  A stopover is pretty straightforward – we get to stop in a city for a period of time.

An easy way to take advantage of a stopover is to simply pick something on an existing route that you’d like to visit.  For this example I’m going to use Chicago O’Hare (ORD) to Istanbul (IST).  I’m going to fish in August for seats. Keeping it simple this post is going to be all about economy; you will need more fishing to find business availability, which is what I would be personally looking for. 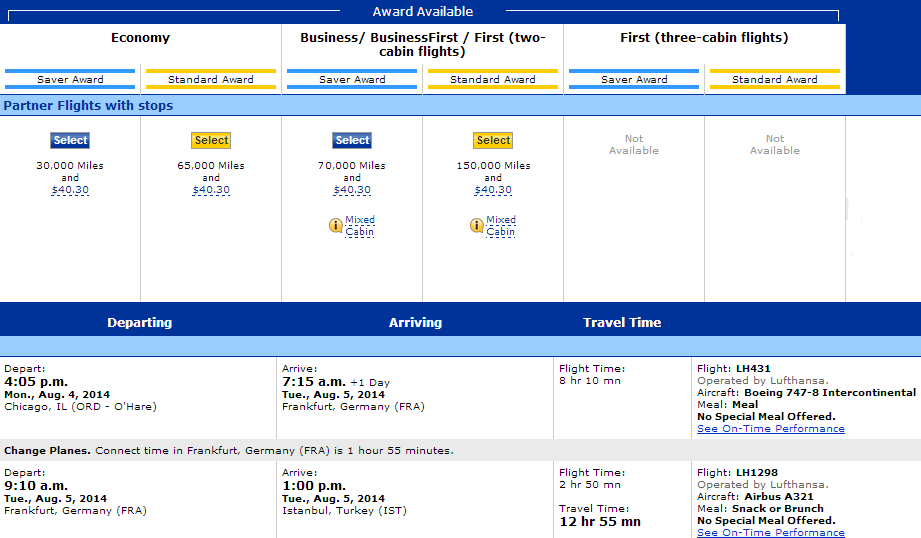 Great – we’ve got a flight there through Frankfurt – even on Lufthansa – a very highly rated airline.  Making this easy I’m just going to say that we want to stop here.  What’s the full ticket look like? 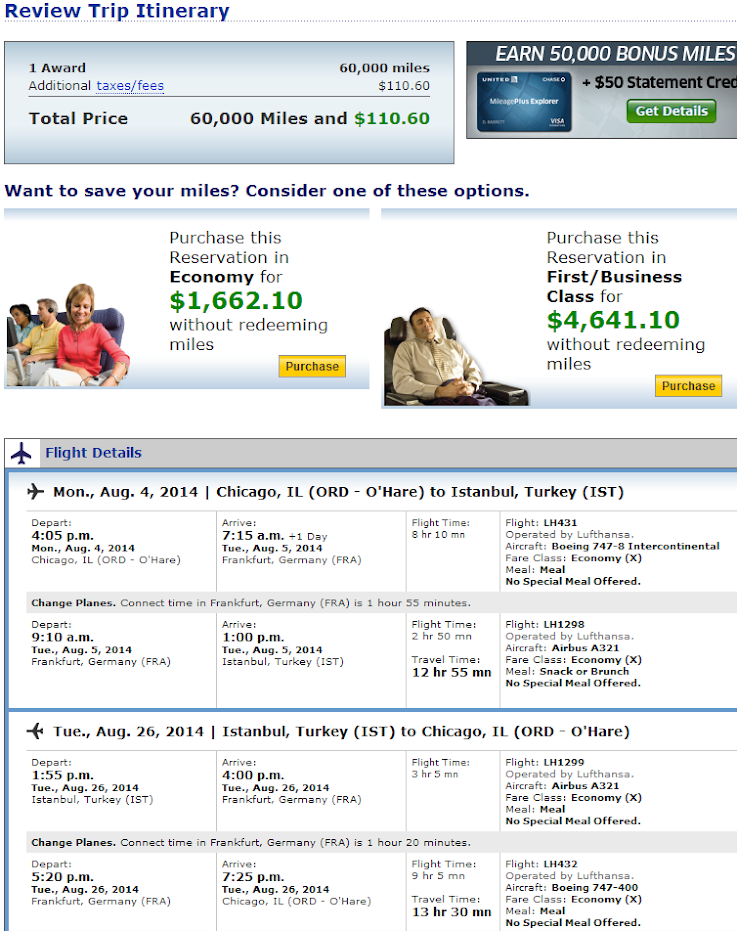 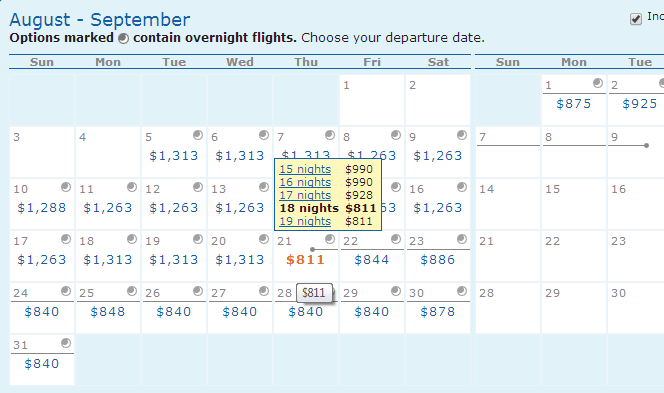 So around the same time, $1,263 is the best we can do – if that is even bookable (I’ve often found fares to be much higher when trying to actually book a flight off the search results.)  At that rate we’re at 1.9 cents per mile.  Looks like the season drops off and if we go later we can even get down to $811.  1.17 cents per mile – on the low end of the redemption scale.  I try to extract 2-5 cents per mile of value out of a redemption, which is definitely what you get on a business seat, although they do take more effort to find.  Is the trip worth booking as is though?  Certainly a resounding yes.  What else can we do leveraging these rules though?  Well we get a stopover – so let’s stop in Frankfurt and see it.  Why not, it’s on the way.  Change the search to a mutli-city search. 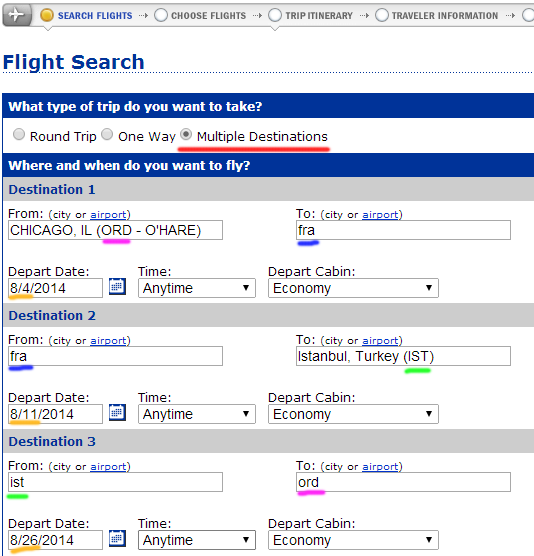 Picking the flights now…  I end up with this itinerary.  Now we’re having some more fun… 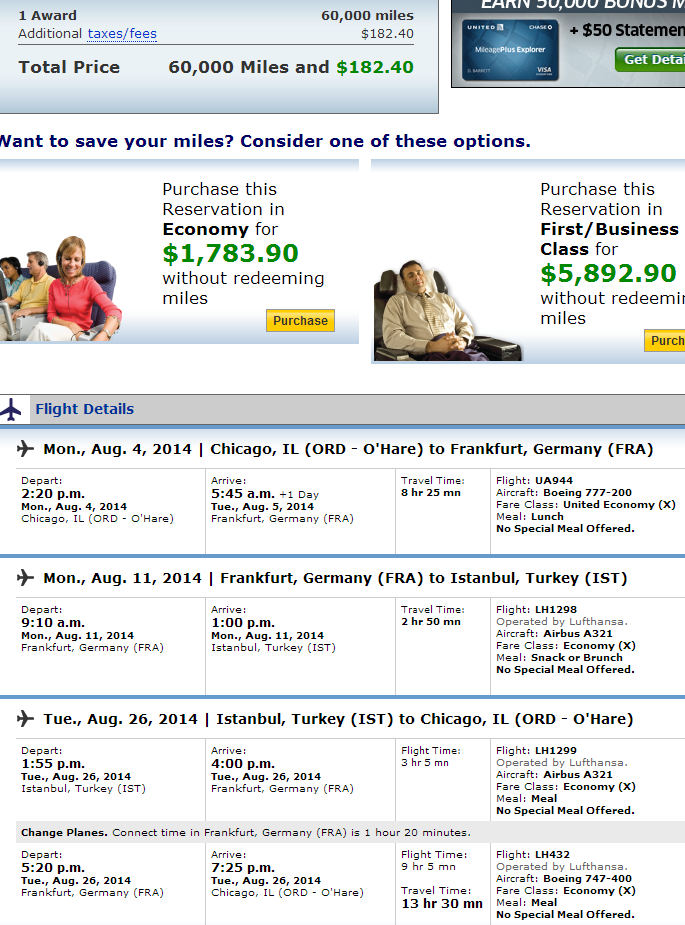 We’re hitting more airports – can’t get around their taxes and fees, which one pays for with cash and not points.  Redemptive value?  ($1783.90 – $182.40)/60,000 = 2.67 cents per mile.  Nice – plus now we get to see Frankfurt and Istanbul.  Sweet!  The same points cost of 60,000 miles either way.  Replicating with cash for any airline/any set of flights (but same days – not sure how to add date flexibility while keeping multiple routes) – I found a United/Lufthansa combo for $1521.  If I replicated those exact flights the taxes/fees may be lower, but ignoring that we are clearly in a solid reward space; this is a good redemption.

So this is great.  However, we can do even more!  We took advantage of a stopover – but not one of the two open jaws we are allowed.  Let’s crank this up a notch.

Another example, this time to Europe…

How about we fly to Frankfurt, bounce around, and come back home from Paris?  That’s an open jaw – and we don’t have to come back to a city we’ve already seen.  We can use our stopover in Chicago…  then go on (within a year) to San Francisco, the second open jaw. 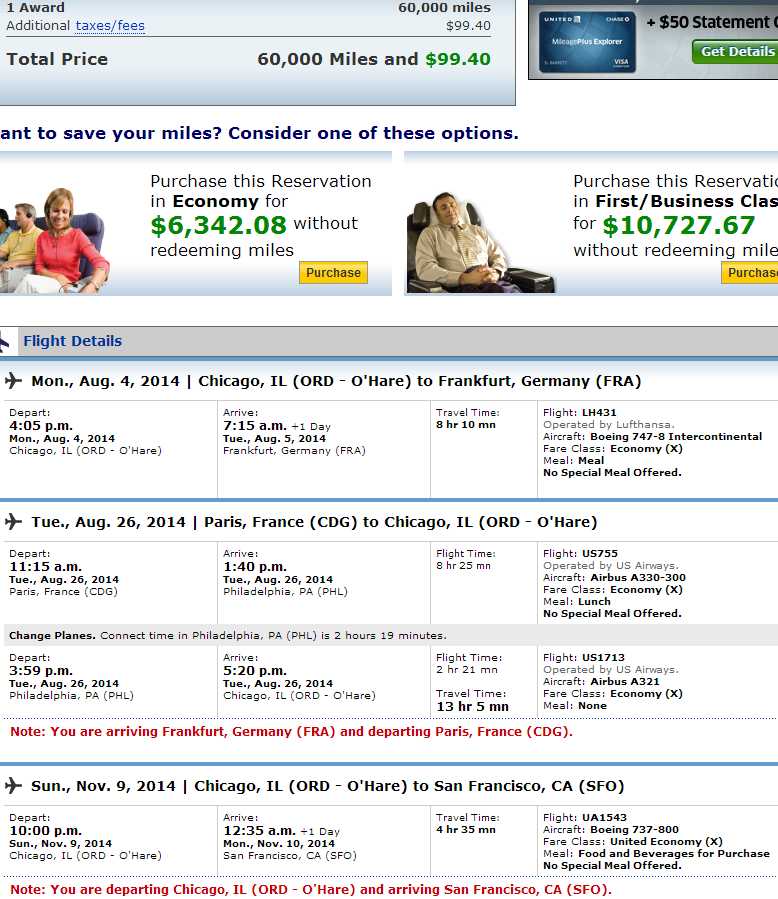 All that for 60,000 miles and $99.40!  A surprisingly cheap Aer Lingus + US Airways replication from google below.  Pretty good redemption though – we got to explore Europe then take an additional North American trip here for no additional points cost, and a bit in taxes and fees outside of the airline’s control. 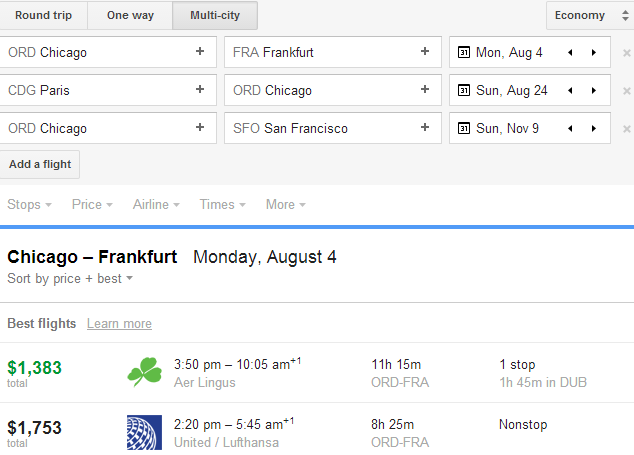 How about even doing this first class?  What if we make the second open jaw an international one? 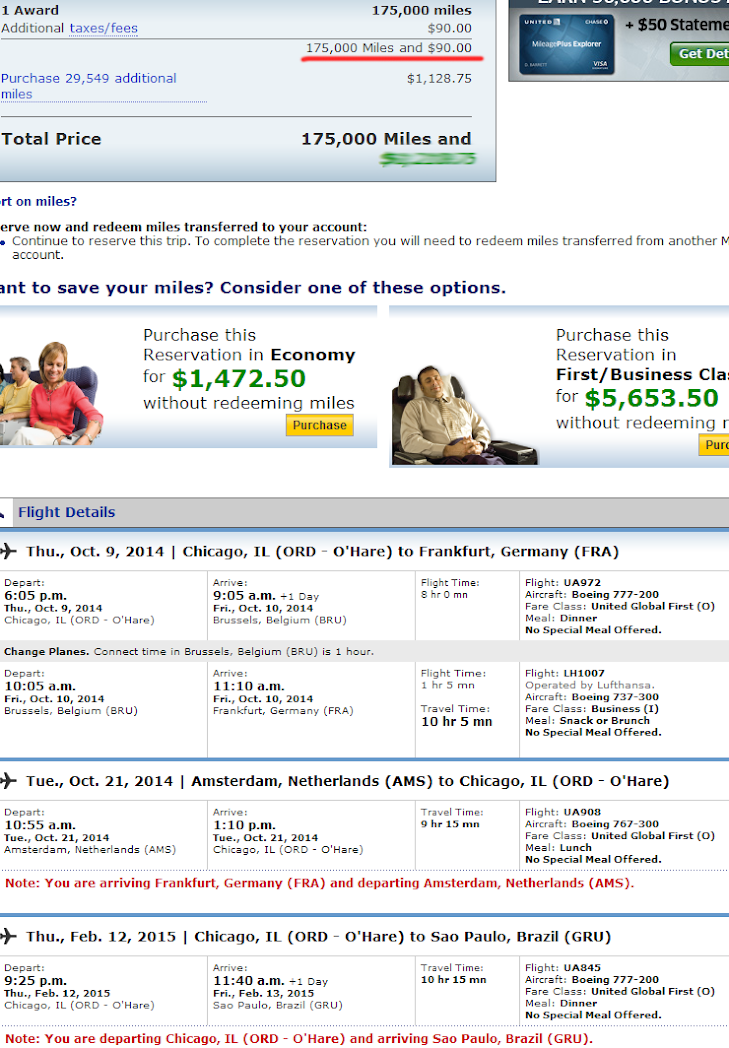 Ignore the note about me not having enough miles here and the need to buy some more – this redemption is for 175,000 miles and $90.  Surprisingly low on the taxes and fees there.  Only one of these legs is in business (two class plane) – the rest are in first.  I actually think the sweet spot for redemption is business but I had an easier time poking around and picking up first availability.

My cheapest near replications in business only were $5,438 and first over 10k.  I think google can’t actually handle pricing this type of ticket very well in the premium cabin space, although it did a good job for economy.  We get great value even using the google business class only price; ($5,438 – 90)/175,000 = 3.1 cents per mile.

We need a one way now to get home of course – which could be bought with cash or points.  American actually has a nicer policy using a similar trick for international one ways…  We’ll save that for another article however.

Looking to pick up some more United points?  Head on over to the United Engine…

Daraius and Emily over at Million Mile Secrets have more examples of how to use these tricks as well.