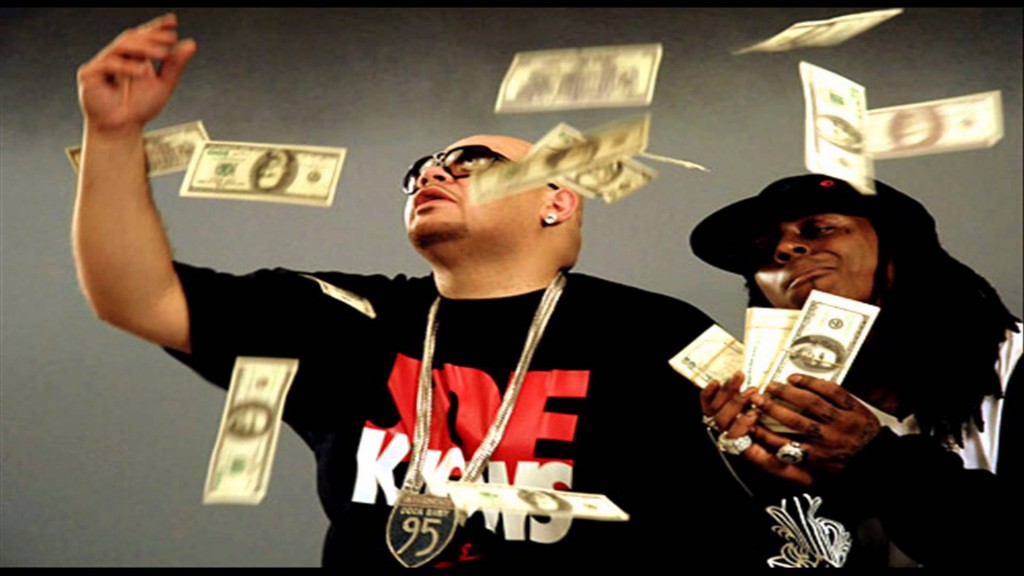 The ticket to getting free flights centers a lot around how one spends money on cards, with the easiest points to pick up being those offered as bonus rewards for new card sign-ups.  Often these offers will be on the order of spend $2000 in 3 months, or spend $5000 in 6 months, etc.  One may be able to do this with normal spend, or may not.  If one gets approved for five cards at once, the spend requirement may even be quite a large sum of money and very quickly.  So how can this be accomplished?  It can be done through a series of legitimate spending (buying stuff or whatever) or manufactured spending (moving money around; see PayPal example to a buddy for simplest example.)

I don’t know why anyone would use cash or a debit card if they can use a credit card with no payment penalty.  It is pretty much baked into the cake as far as pricing goes to consumers, and there’s no discount for cash (a violation of a card processor’s contract terms I believe.)  Consequently I’ll buy a 79 cent taco with a credit card.  Charge all stuff to them.  Keep in mind potential category bonuses (ie. 5x points for groceries.)  For big expected purchases, consider timing them to coincide with new cards (laptops, Christmas gifts, etc.)

Kiva is a microfinance site that loans money to people in poor or underserved areas, primarily entrepreneurs and small business owners.  Repayments run from 5 to 36 months.  The money you provide goes to capitalize a loan.  The loan is lent to someone at market rates, although no interest is provided back to a kiva user.  The capital provided allows the loan to take place to the people being lent to in the first place.  I am a long time kiva user and it goes well with my philosophy of people growing themselves out of poverty; although a challenge with that is in trying to do so in a poor and corrupt environment where property rights are not enforced very well, which is pretty much all the places kiva is lending to.

One can think of kiva loans as 0% loans if they want.  Stats are available on the site regarding repayment rates, which are known to be very high among microfinance institutions, on the order of A and above credit ratings of US borrowers.  PayPal processes kiva deposits, and as a non-profit charges kiva no fee.  So one can deposit $1000 to kiva, lend it out, and withdraw the money upon repayment.  Note the time need be allowed for the repayment to occur – so this is money one should be able to miss until it is repaid.  I expect 98+ cents on the dollar back for repayment.  At the moment I believe the kiva referral is offering both a new user and I $25 as bonus for trying the service out.  I’ve let 2 of 4 of these I’ve earned expire so far and done a crapton of loans so clearly not in it for that, but would appreciate any clicks to my referral.

This is essentially prepaid spending – I know I’m going to go to Chipotle a lot, so I can buy a $200 gift card (don’t lose it!)  Or buy a $50 Starbucks card.  Also an opportunity to take advantage of category bonuses – for example Chase’s 5x bonus for certain business cards at office stores.  I don’t buy anything straight from Amazon or Starbucks these days.  I buy gift cards for them from office supply stores and then go use the gift cards.  Instead of 1x points I get 5x.  Apparently as of some legislation in the past year, generic gift cards need to be able to also act as debits; although this doesn’t mean one can use them at an ATM it does mean one can use them for debit transactions.  Apparently some people have been successful in getting cash back though.

Do not buy Amex cards for this however, they either won’t work as this or are charged as cash advances (big fees) or both.  I had some MasterCards that were working for what I wanted them to prior although found them not always working in debit transactions so stopped using them.  I now stick strickly with $20-500 variable load Visa cards with $4.95 activation fees and $200 visa cards with $6.95 activation fees.

These are cheaper than the $500 visas and can be purchased for $3.95 in fees.  I believe they can be loaded to Bluebird/Serve as well as their own MyVanilla card, a separate/parallel type of card to Bluebird.  I haven’t actually used these yet although plan to figure them out as the fees are slightly less.

These are both banking/bill pay services offered by American Express.  Bluebird is a partner with Walmart (free loads to the account there) and Serve has the similar relationship with CVS/7-Eleven.  One can only have a Bluebird or a Serve account.  Amex will not allow both.  This is actually how I pay my mortgage.  Bluebird for no fee can be loaded with $1000 per day up to $5000 per month.

This is actually how I now pay for my mortgage.  I get some $20-500 Visa cards and load $500 on them (which is the most economical use due to the fees.)  Then the next time I’m at Walmart (register or money center) I ask to load my Bluebird account, swipe the card, put in my pin and load the cards to the account.  I then use the Bluebird online bill pay to send the money to Chase for my mortgage.

I could PayPal a buddy $1000 and lose $30 in fees.  My buddy could hand me $970 that he received and I could go pay my bill.  Losing $30 per $1000 isn’t great, but if a spend requirement was $3000, this method would be fast and easy and cost $90.  For a reward of 50k points, which might generally be valued at $500, the economics still work.  $500 PayPal gift cards are also available for a (lowest for a card) fee of $3.95 per $1000.  This allows one to load $1000 to their own account, at a cost of $7.90 per $1000 – much better than $30.  This can be done for up to $4000 per month, although PayPal is known to freeze accounts and it’s almost assured if they see activity of simply these loads and withdrawals to a bank that they are going to freeze and investigate the account for a while.  I have done the load, although eventually spent all the money on one big purchase – which they did put a hold on until I spoke to them and confirmed its validity.

Amazon Web Payments is basically a PayPal competitor, only there is no fee charged on the first $1000 you receive each calendar month.  You can find a friend and swap quantities back and forth.

Another option is to buy goods then resell them on ebay/amazon/craig’s list.  Keep in mind research and all fees and things should be considered before pursuing this method.  With luck and skill it and even return a small profit; the economics work out even with a loss if dollars if a much more valuable chunk of points is earned however.  I don’t know anyone who has actually done this just to meet base spend, although it is occasionally done when big portal deals are available.  For example, last year there as a 35x points offer for ebags.com.

Charge Smart is a site that will allow one to pay some non-standard things via a credit card, although they charge a fee.  Is the amount of points one would normally get for paying these bills worth more than the fee?  Probably not, although to get a big reward bonus they may very well be worth doing a few months.  Mortgage, some utilities and student loans are potential options here.

Williampaid is the same as above for rent.