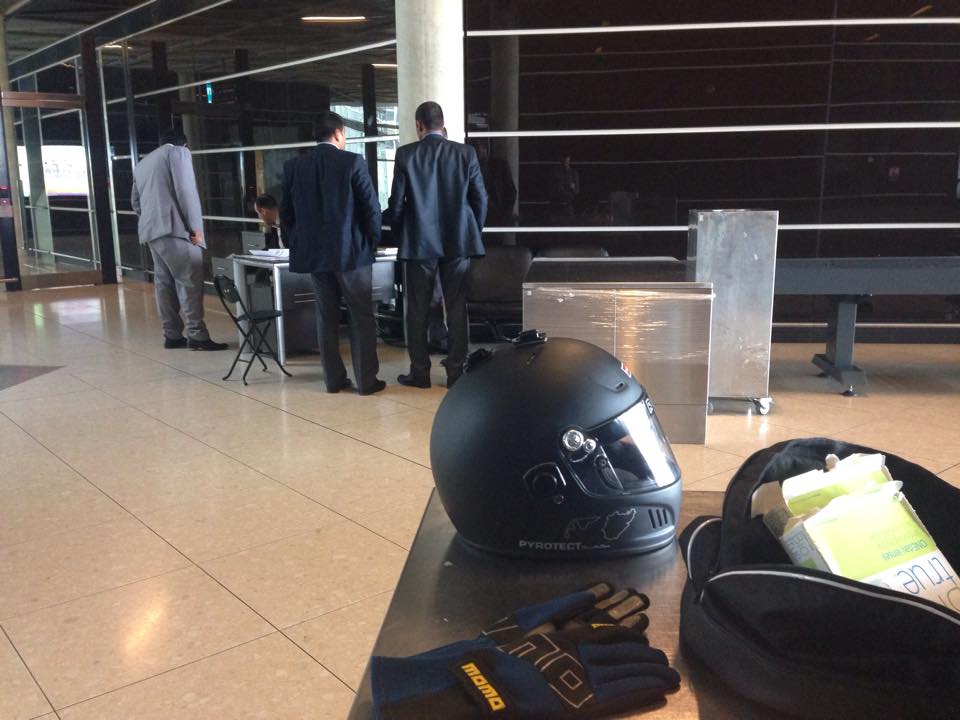 Although I thought I was being clever with my trip through Jordan, the joke was on me as the weather was awful. It was windy, cold, and rainy outside. So alas, no karting was had.

I was wearing long pants and my only long sleeved shirt – I originally planned on going from UAE to South Africa, and then to Turkey. I was on my way to Istanbul 3 weeks earlier than expected – it was cool in Jordan and it’s cool here in Istanbul. So it may not have been the most comfortable karting session anyway.

In any case, there was quite the big hubbub around going through security from the plan I arrived on to the gate I would be departing from. Going through the internal security, these guys made a strangely big and confusing deal about my helmet. No one really spoke much English, and the whole episode took about half an hour, and involved no less than 7 people.

“Passport.” “No problem.” and “Wait, wait.” were the only things I never heard. No problem? I can go then? “Wait, wait.” – then someone new would arrive and just kind of look at my stuff and helmet. It got wiped and tested in a machine twice. Put away and taken out eleventy billion. I had the contacts inside it, which I can’t imagine actually mattering either.

Peons to managers came through and eventually I just got some little meaningless paper tag on it, which predictably no one ever looked at.