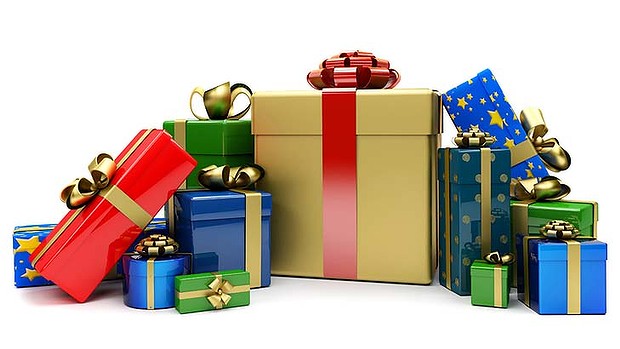 I’m making this guide with the intent for it to stand for any occasion/gender/year as travel gift items that I find useful and use often myself.  I’ll probably simply continuously update it as I find things interesting myself, perhaps publishing future articles around holidays simply to point it out again.  With that, onward!  Note that most of these products will be things I link to on amazon, and I do have an affiliate id and will get a small amount should you choose to purchase off my links.  Thanks for your support!

First off, a portable battery charger. I chose this one because it’s decent sized and looks pretty cool; most of these are really pretty slim. A single GoPro battery is 1290 mAh. The juiciest modern phones have a 2000-3000 mAh rating. This charge has dual usb ports so you can charge multiple devices as well. You could get away with something smaller if you’re just looking for something like an emergency charger for phone use; but it’s nice being able to charge phones, other batteries, multiple cameras, etc. at the same time – and having a nice big power bank to do it. I have a lot of devices, so this one is great for me.

Fitbit is one of several activity trackers out on the market – this one is getting pretty solid reviews and I enjoyed my fitbit one as well. This device tracks steps and stairs taken, can monitor sleep, and now with this version – monitor heart rate without a band around your chest. It has a cool social aspect to keep track of your progress and make a game out of comparing to your friends as well. I think it’s a cool device for anyone to have, but it is nice for a traveler to keep track how they go and walk about town! I’m curious how much I’ve hoofed it around DC, which is quite a bit.

A nice wireless mouse. It’s a regular sized one – I don’t get the smaller ‘laptop sized’ ones – they really don’t save you any space and are way more of a pain to use, my hand hurts using them. This one works great for me.

An external hard drive is nice to expand what’s usually a limited amount of disk space on a laptop. These days cloud services are a good option for more space as well – although moving large files will take some time, even on a good internet connection. This is a nice slim device that’s large enough to take an absolute ton of raw movies and pictures for backup and storage. Note also that this device also can be password protected/encrypted so that others cannot access it in the rare event it does go missing.

This is simply just a great little thumb drive. It’s cheap, it’s got a pretty good amount of storage, and it’s really low profile. Easy to just set in a laptop and leave in.

This is a great little power strip. Gets you multiple outlets as well as usb ports for charging, and it plugs into itself as shown for travel and is quite compact.

This is a universal power adapter and it is super compact. It’s not always as solid in the wall as some others, but those others are a lot bigger as well, and I’ve always been able to use this one wherever I was traveling.

The current latest GoPro – lots of models available, and really, they are all great. But the Hero 4 Black is simply top notch – it’s the only GoPro at the moment that does 4k at 30 fps, and it really looks amazing. Even if it’s editing down to 1080p or displayed on a 1080p screen, the detail is still incredible. It also works great as a small camera to take with you as you walk around and just set it on auto picture mode, or take snaps with it – as it can be set to take really wide angle views that come out pretty cool. Note the best examples but some of my own from a trip in Turkey here..

This is a handheld 3-axis gimbal for use with GoPro and similar cameras – basically it makes walking around with it make the video super smooth. If you jogged down the street while holding a GoPro, then did it while using this, you would notice the handheld video being extremely bouncy with the video coming out from this camera being amazingly smooth. I love this thing.

Going somewhere rainy? I originally bought this for my volunteer trip in Africa so that I’d have something to wear outside if I had to do something in the rain. I did a lot of research of rain jackets and this one came out on top. It’s not the cheapest out there but it’s pretty awesome, exceeded all my expectations.

Different colors available and ladies stuff too (and we all know ladies love cargo pants) – although these are actually tactical pants. I bought them as something to wear in South Africa while on my volunteer trip – I was looking for something that would protect my legs from brush and thorny things as well as cheetah claws, but still be as cool as pants could be. These are really pretty breatheable and they are a hell of a lot better than options like some of the convertible pant stuff out there. They make pants and shorts as well. The material is water resistant so if you spill stuff on it, it just beads up and runs off. The pockets are pretty convenient too. These have actually replaced my go to year round casual pants for doing anything in.

Although far from the cheapest socks you’ll ever buy, these have a two layer design that allows sock on sock slipping as well as some other aspects designed to reduce/eliminate the friction and conditions that cause blisters. Work pretty well if you are a walker, in my experience DC in particular is hard on your feet (everything is big and looks closer than it really is – easy to put some wear on your feet during a weekend visit!)

Are you traveling to Dallas? Europe? Then you probably don’t need these. Are you potentially going to be out in middle of nowhere Laos, at a waterfall with barely findable bathrooms, with no toilet paper at all? Yeah, you should bring these.

This stuff works great if you are going to be around anywhere known to have a lot of buggies. The active ingredient Permethrin is a synthetic molecule similar to pyrethrum which is taken from the Chrysanthemum flower. This spray is used to keep to be applied to garments – not skin. A single application lasts up to six washings or up to 40 days of sun exposure. Repellent should be applied outdoors and before clothing is worn; after it’s treated, hang clothing and let dry 2 hours (4 hours in humid conditions). In liquid form it is dangerous to cats, so use it outside and away from pets. (Much much higher concentration liquid permethrin is used for spot tick treatment on dogs – this is the really dangerous stuff around cats in particular.)

These are ok – convenient and light to take a few with you. Although in some ways a mess since you have the towelette and packaging to dispose of. Liquid is heavier if you’re carrying around a daypack, although simply purchasing a small bottle at your destination may be the way to go as well. For your consideration nonetheless.

Just a simple nice little passport wallet, to protect your passport and put some things in. I would recommend extra passport style pictures in case they are needed for on demand visas; I’ve needed some several times. Mine is black but the preview link is coming in pink!

I don’t normally use these, but this one is handy. I do recall having ton blow it up multiple times on a longer flight, but overall it works pretty well. The plus for me is that it’s just a pretty compact little bag until you need it, and it does the job when you need it to.

I haven’t used this one but the design may be more comfortable. It is also inflatable and appears to roll up to quite a small form factor.

Me No Speak: Thailand

If you don’t mind carrying some little books around, these are pretty nice little books with pictures, words, and phrases to help you out with a language wherever you are visiting. Lots of languages available.

TSA approved cable lock. Would recommend for any international luggage that gets checked.

The always useful Swiss army knife – although it will have to be checked in – no carry on luggage!

Along the same lines as the above, but with more serious tooling.

I’ll refrain from posting luggage as I think much of it is a personal choice – but as far as travel backpacks, I did a fair amount of research and am pretty happy I ended up with this. It’s really nice to be able to take off and separate the daypack from it, and it’s a good size and has a solid set of features.

Carry on size travel bottles to put your own liquids in.