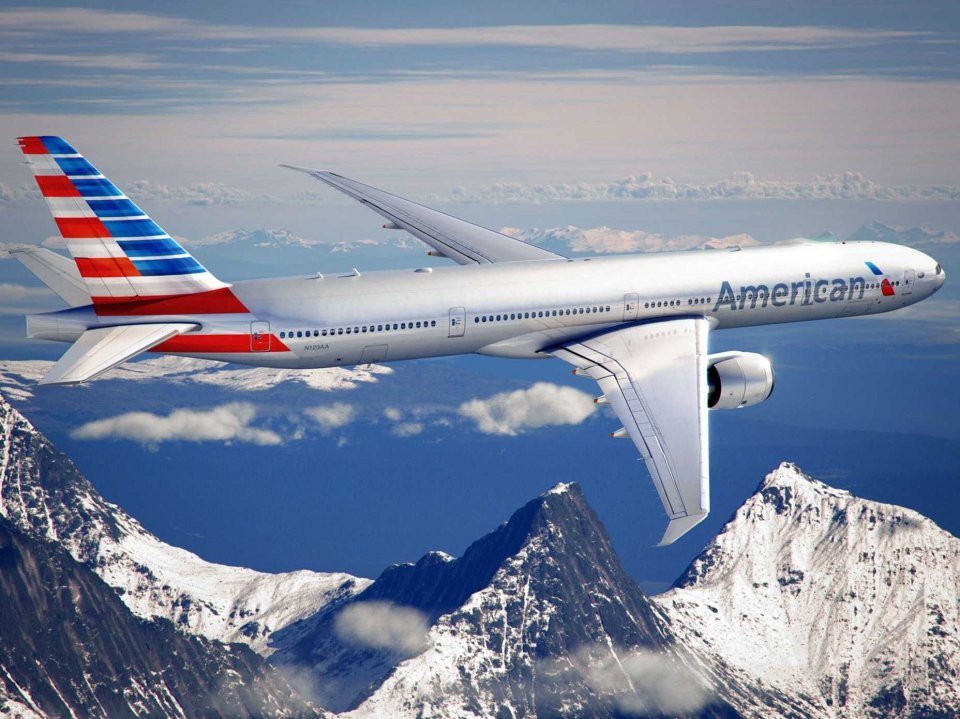 American Airlines has some off peak times noted in their award chart.  Business and First Class cabins don’t change, but Economy does.  Notably the SAAver award for South America Region 2 as well as Europe goes from 30k miles to 20k miles.  Asia Region 1 goes from 32.5k to 25k miles.  Not bad!  What’s in these and when is off peak?

I was looking for cheap but warm places to visit while it is cold here in Chicago.  It wasn’t easy trying to find actual availability in November to Argentina or Brazil.  Although I was successful in some other searches.

The first example is traveling to Istanbul, which I really enjoyed visiting in Turkey.  Still Europe, still warm!  I also found out that the surcharges aren’t *that bad* when leveraging British Airways – as long as it is actually American Airlines used for crossing the Atlantic.  Iberia also has fuel surcharges, although less.  AA does not charge fuel surcharges on anyone else – although much of their routing is via BA.  I found a Iberia trip through Madrid, but it was only $1 difference.  Taxes and fees are shown in the bottom right – I’m not sure how much of this is fuel surcharges and how much is airport taxes – a chunk of money, but still, overall a decent deal for 40k miles and $242, to somewhere you won’t have to shovel snow and is an awesome place to explore. 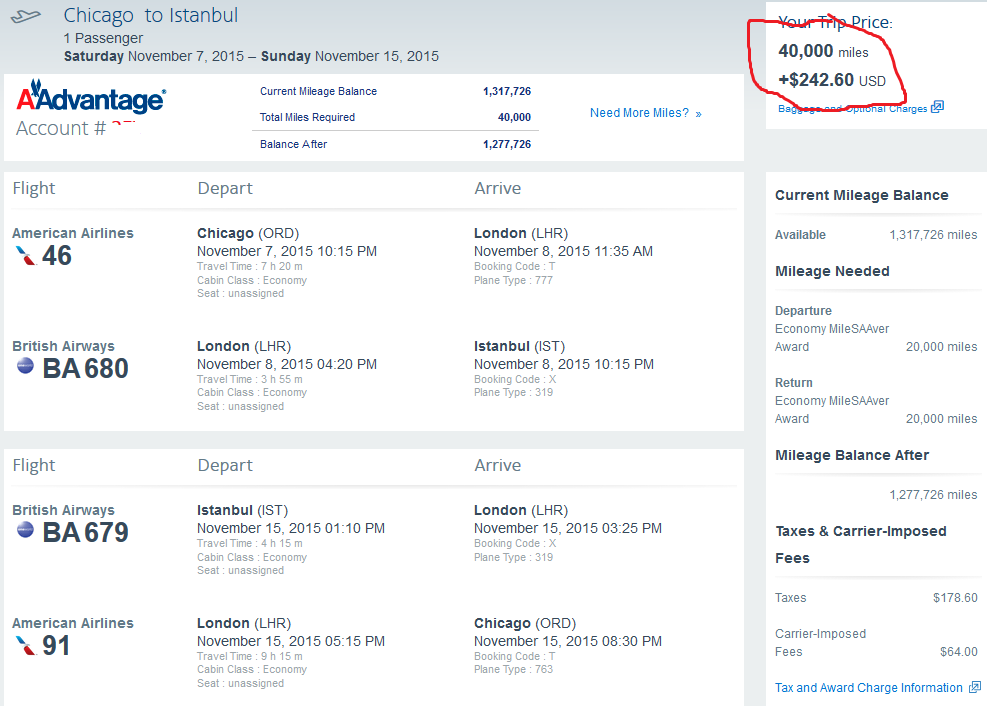 Where else do we not have to shovel?  Same approach pretty much and similar results.  40k and $261 for Athens, Greece. 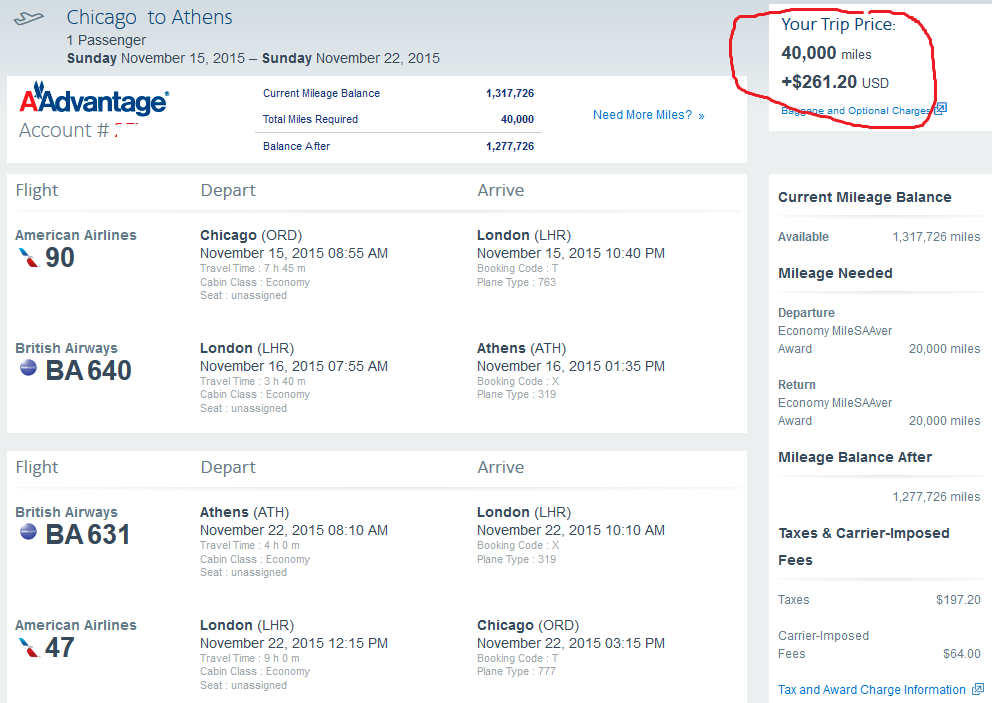 What about the Asia Region 1?  It’s not as warm as these places, but it still looks pretty decent for exploring really.  It didn’t take too much effort to find a direct flight, with overall much lower taxes and fees.  50k miles but only $44. 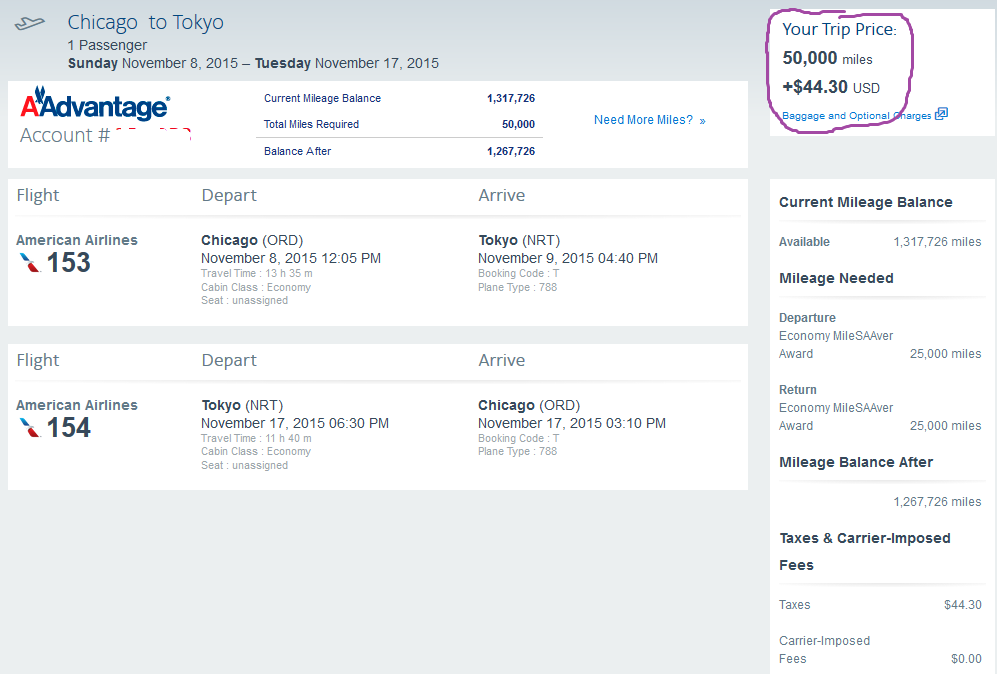 How about scoring 40k or 50k AA miles for a round trip economy ticket?  Really that is pretty easy, it’s not uncommon to be able to do this with a single card.  At present there’s an easy way to grab 50k with one card with the 50K Citi Platinum Select AAdvantage World MasterCard.  50k points after $3k spend in 3 months; $95 annual fee waived the first year.  If you simply PayPal’d your buddy 3k, PayPal would take $87.30.  The award plus spending would net 53,000 miles total, not bad for $87.30 (plus there are ways to do this more cheaply); kind of like buying miles for 0.165 cents per mile.