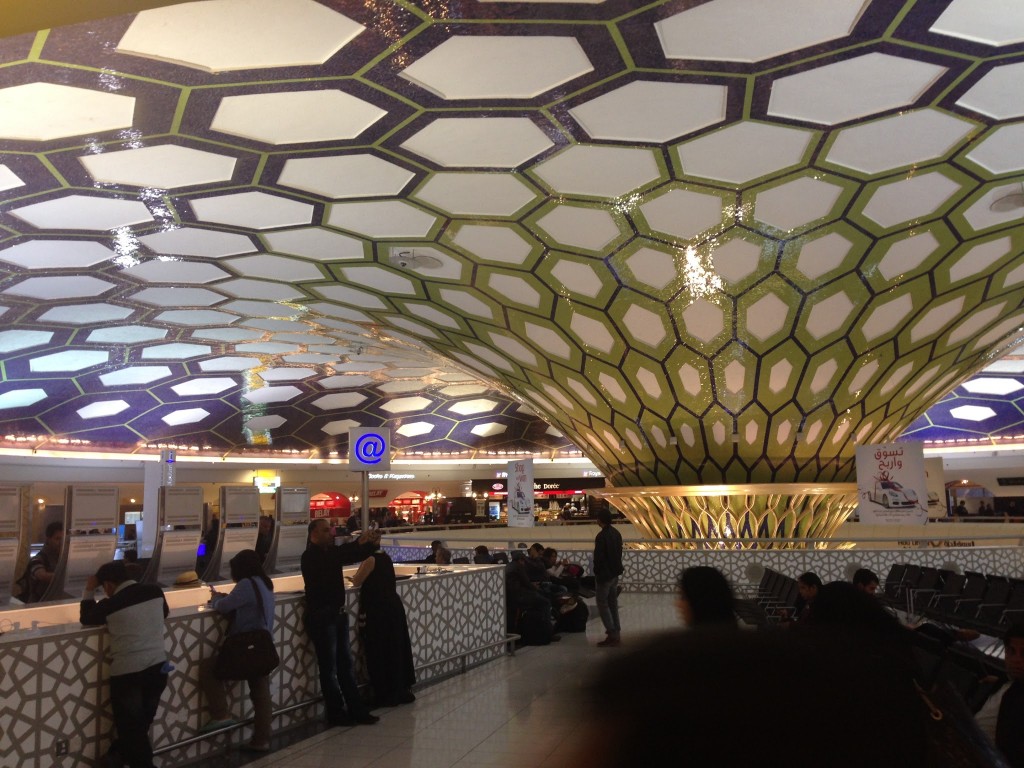 “Hey wait a second!” you say – “that’s Abu Dhabi’s airport!” – and indeed it is; but it was a cool picture I wanted to use and it is where my trip actually started.  I was stopped over in Abu Dhabi, with a layover in Doha on the way home, but that’s where my big flight was from.  I had a short economy hop between Doha and Abu Dhabi to visit the latter, a far more interesting spot to visit.  So I actually started this trip off here, and on an economy flight.  Nothing interesting on this flight from Abu Dhabi to Doha (on Qatar) although I did snap a pic of the snack.  OJ, a lil muffin, and some kind of warm chickeny bread thing that was so-so. 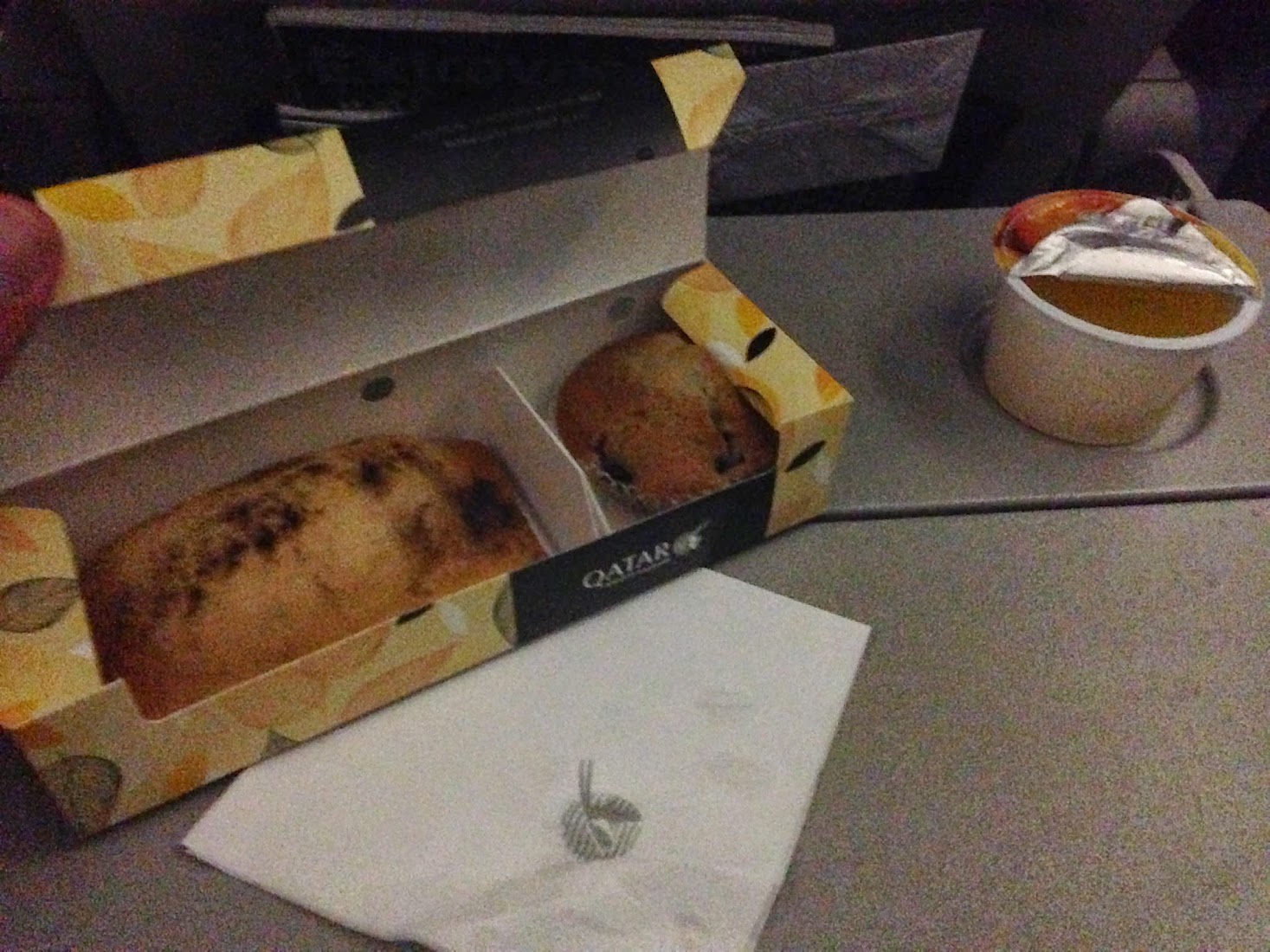 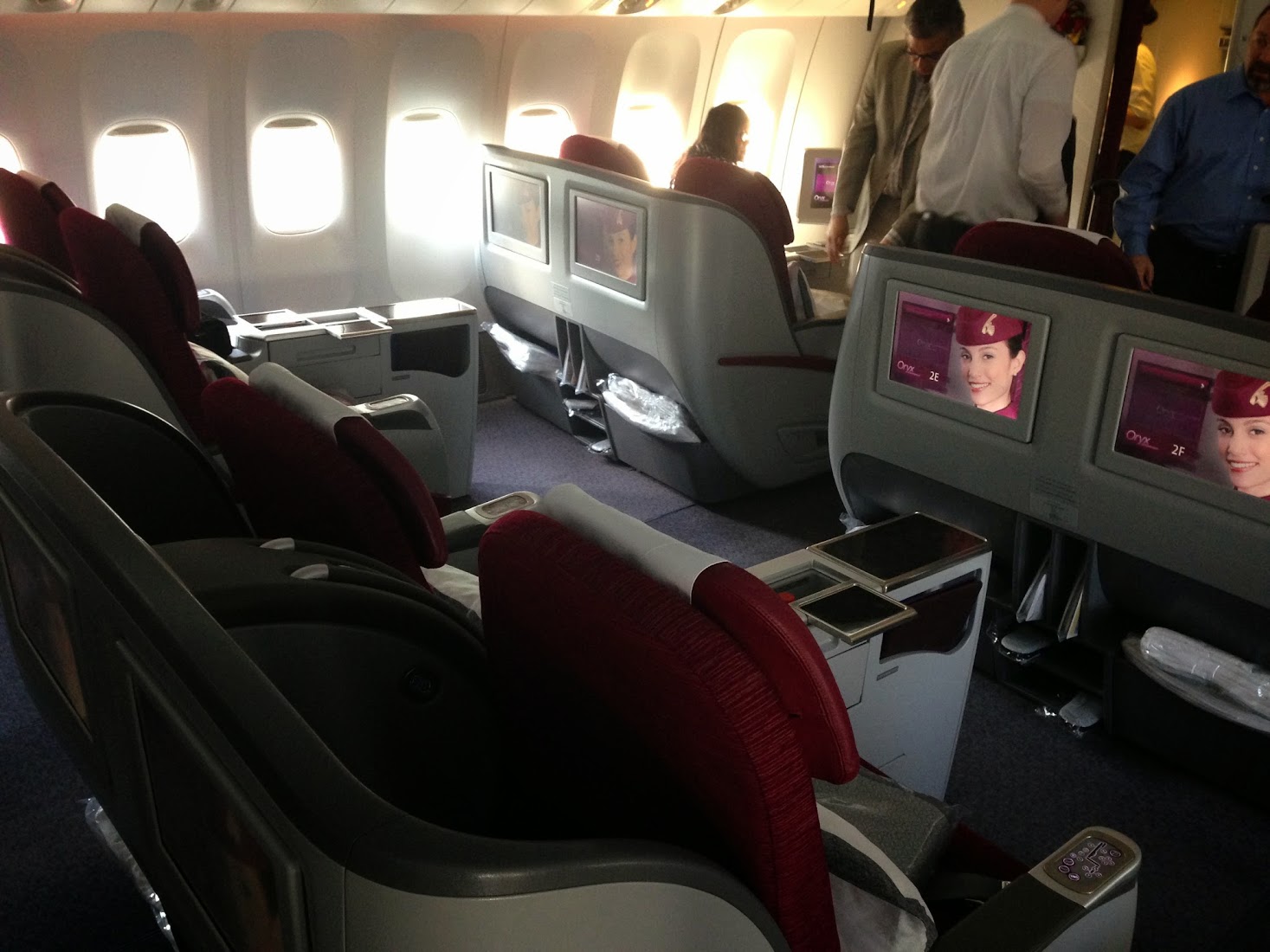 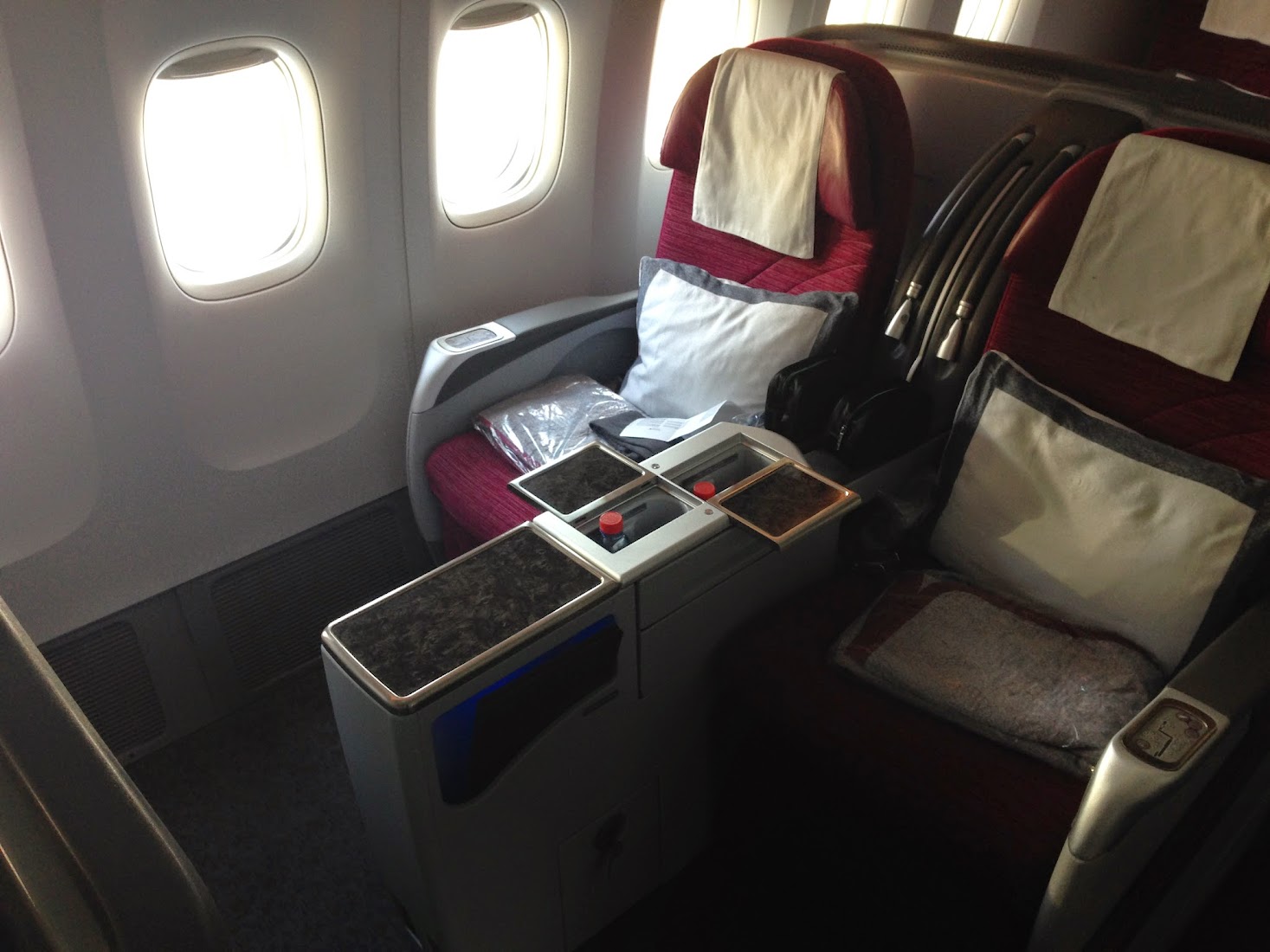 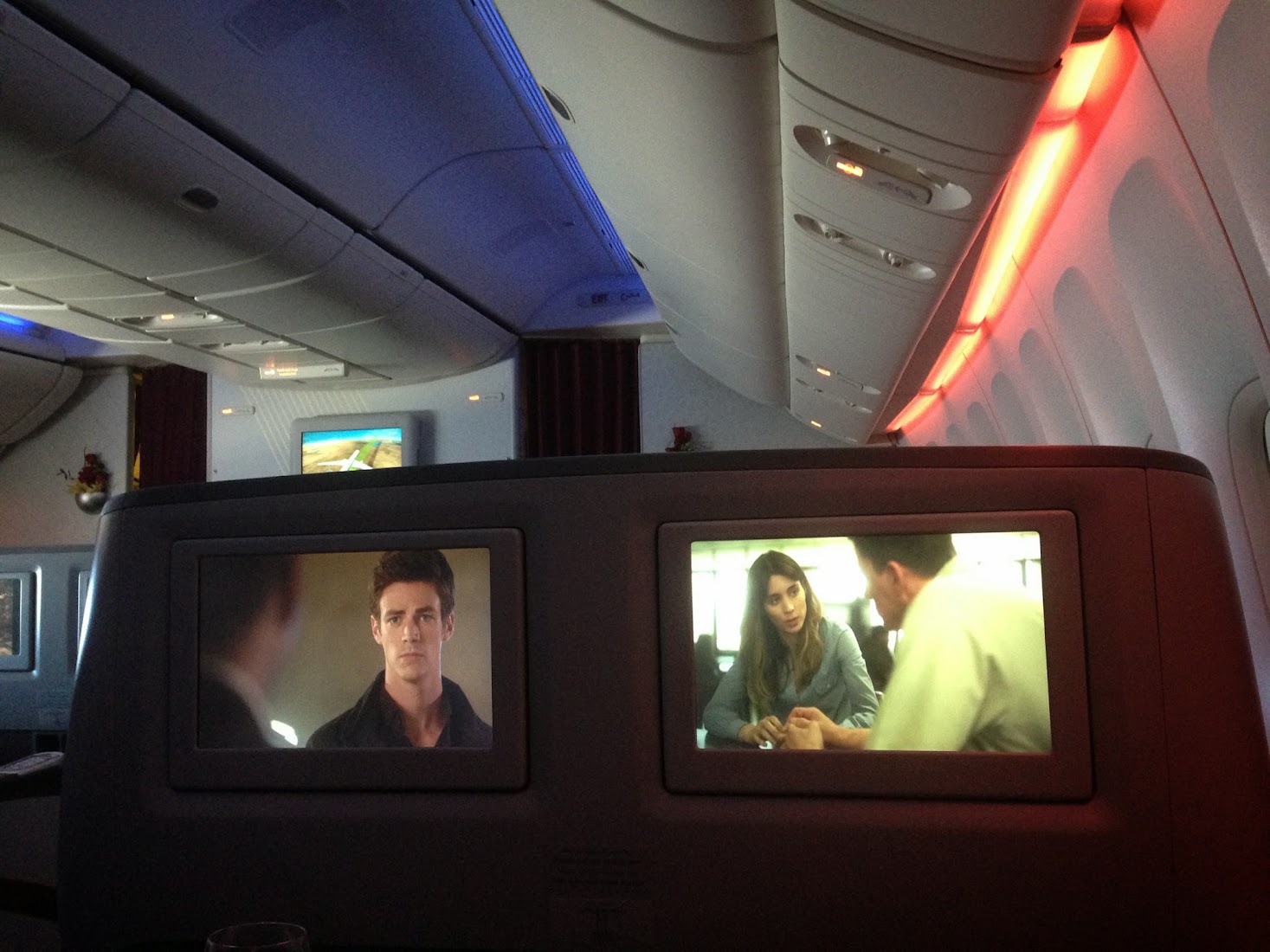 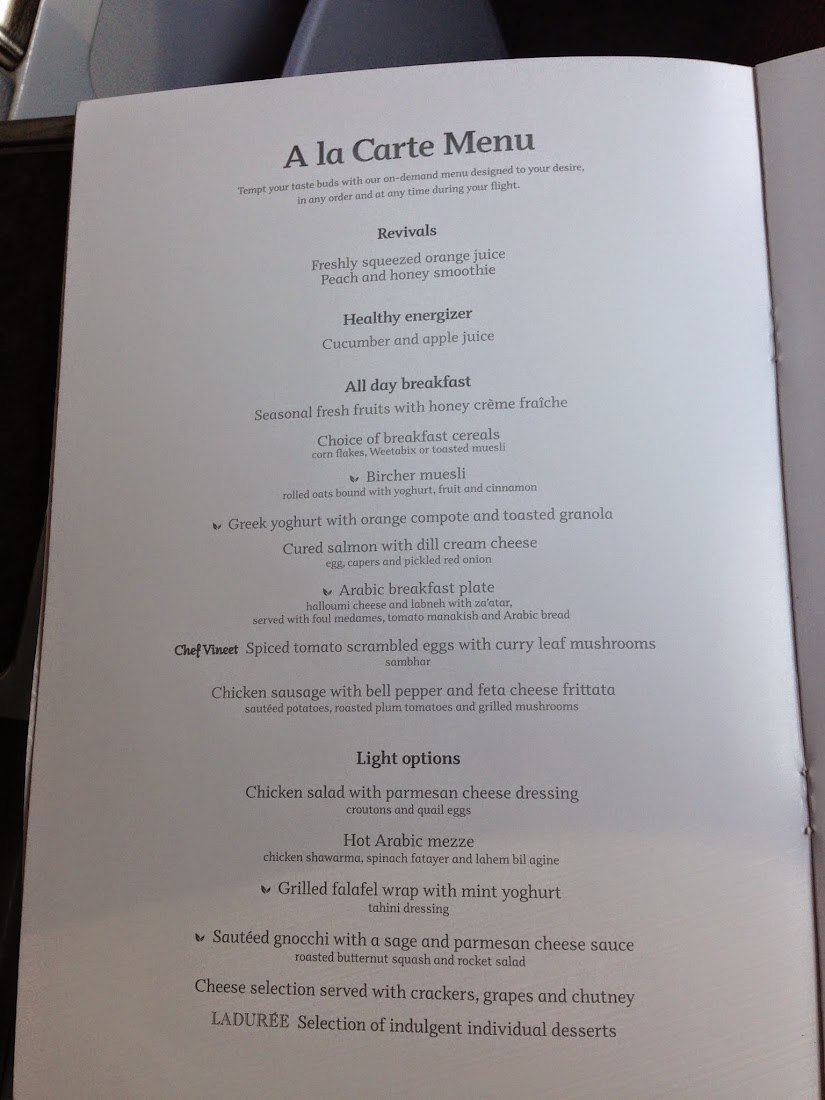 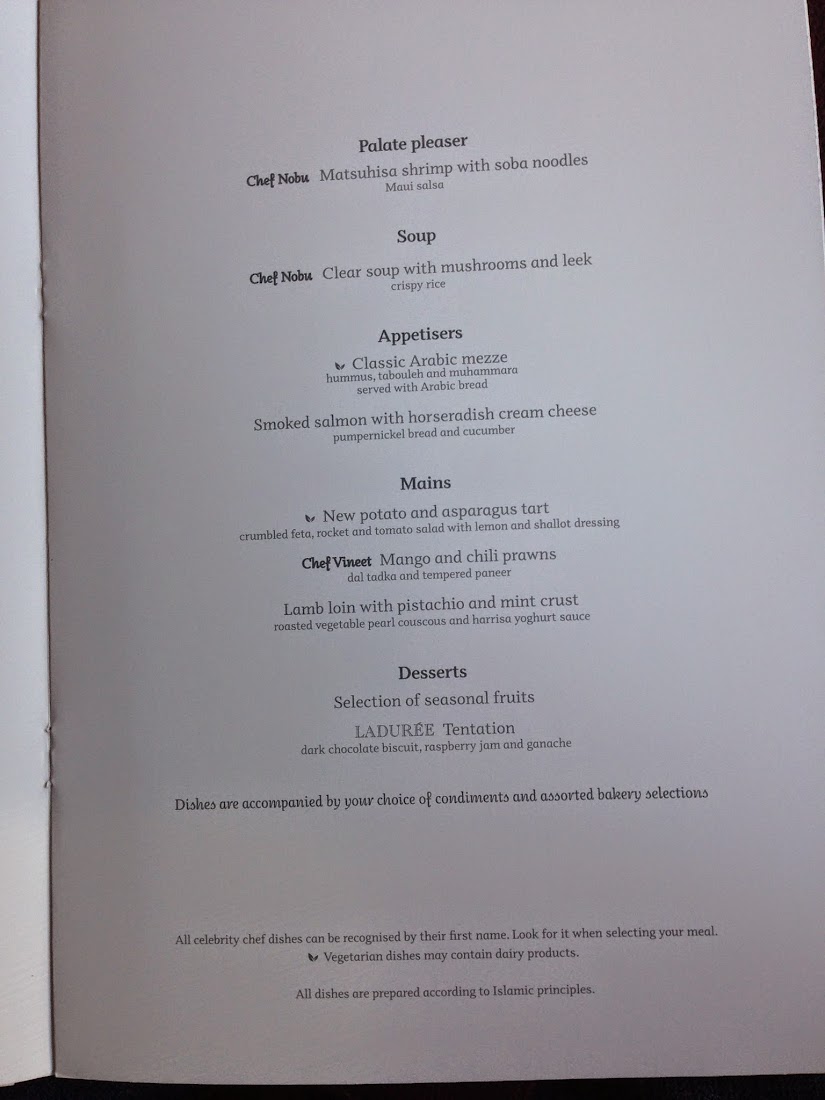 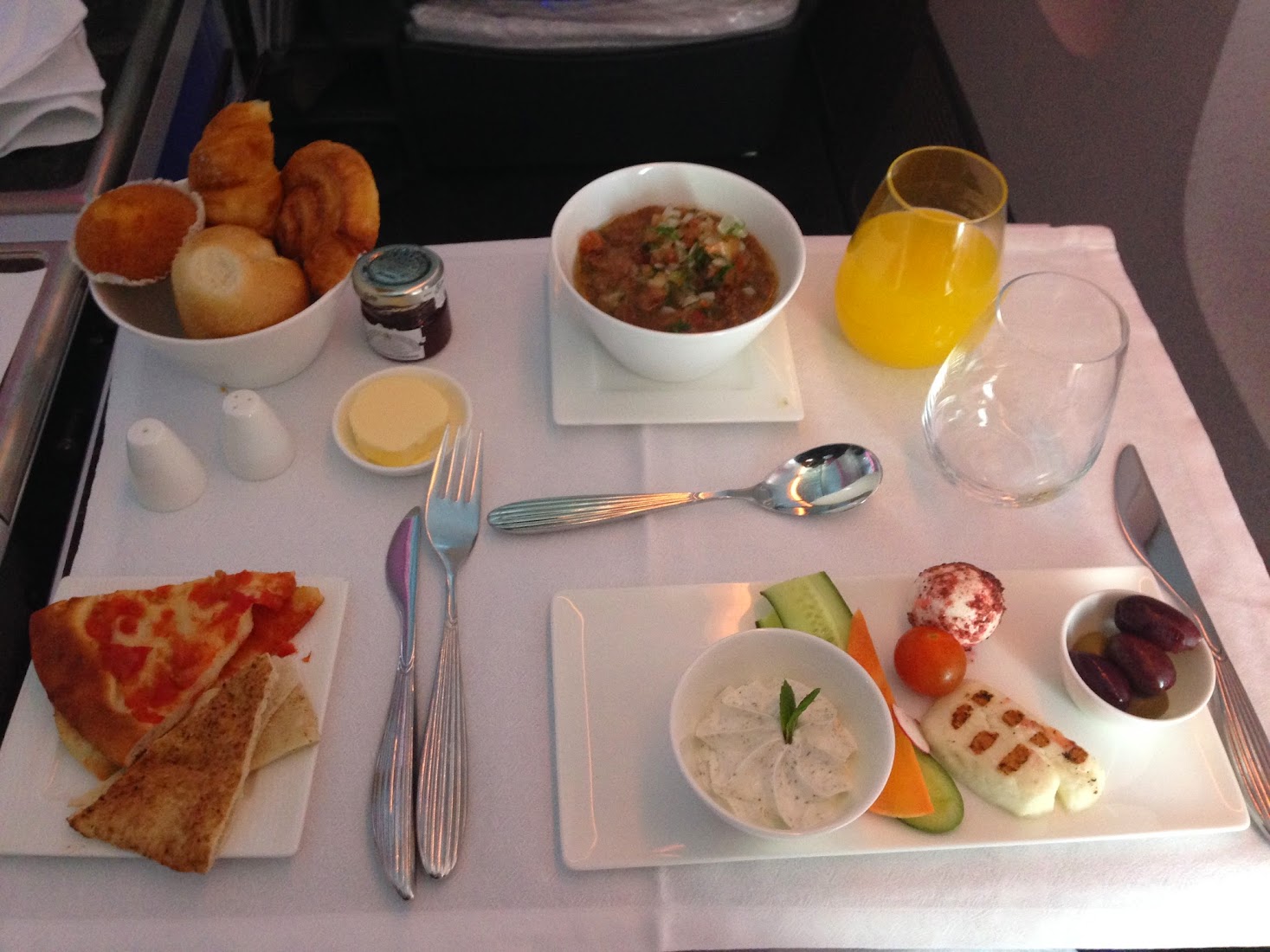 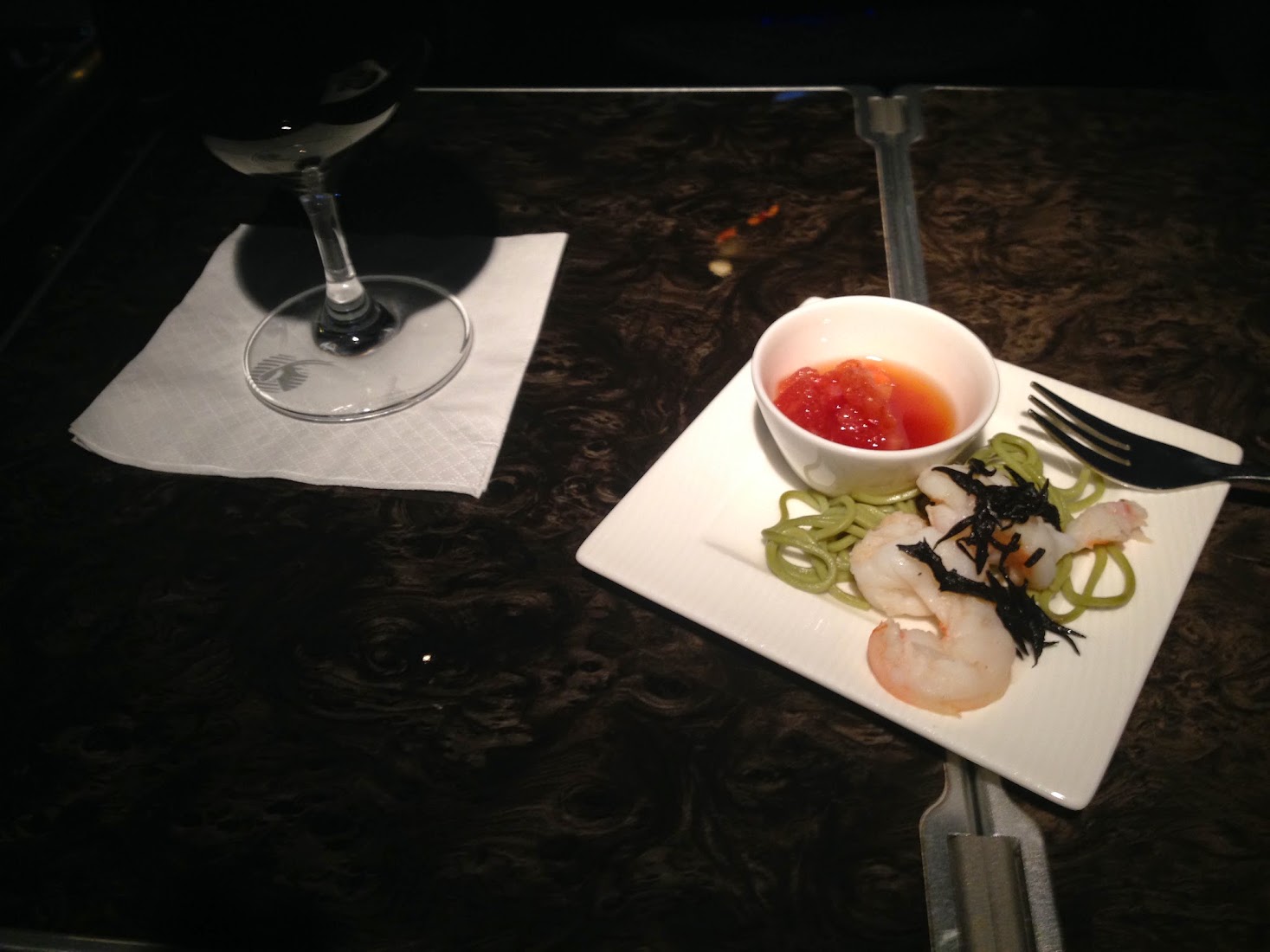 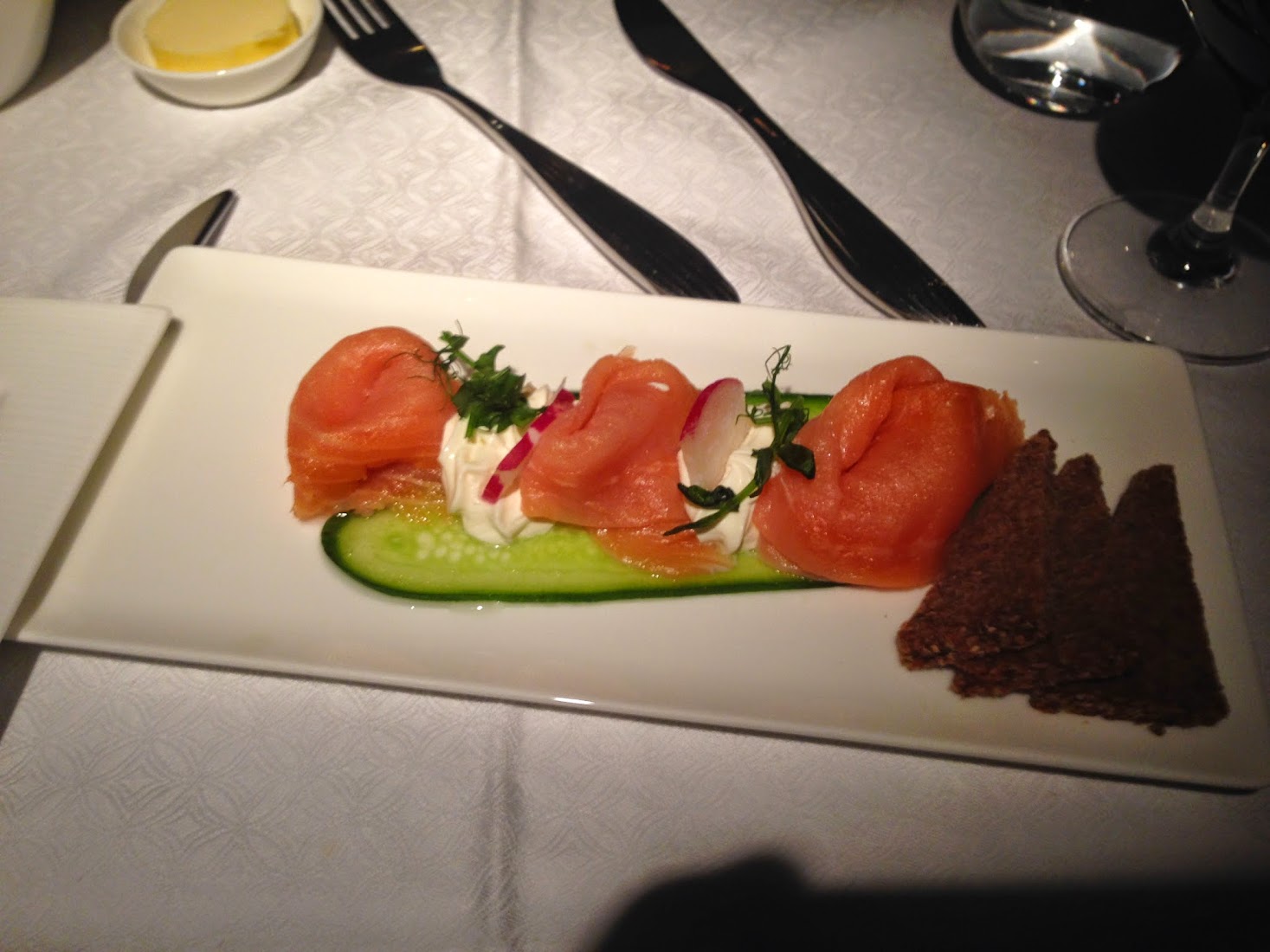 I had the prawns. 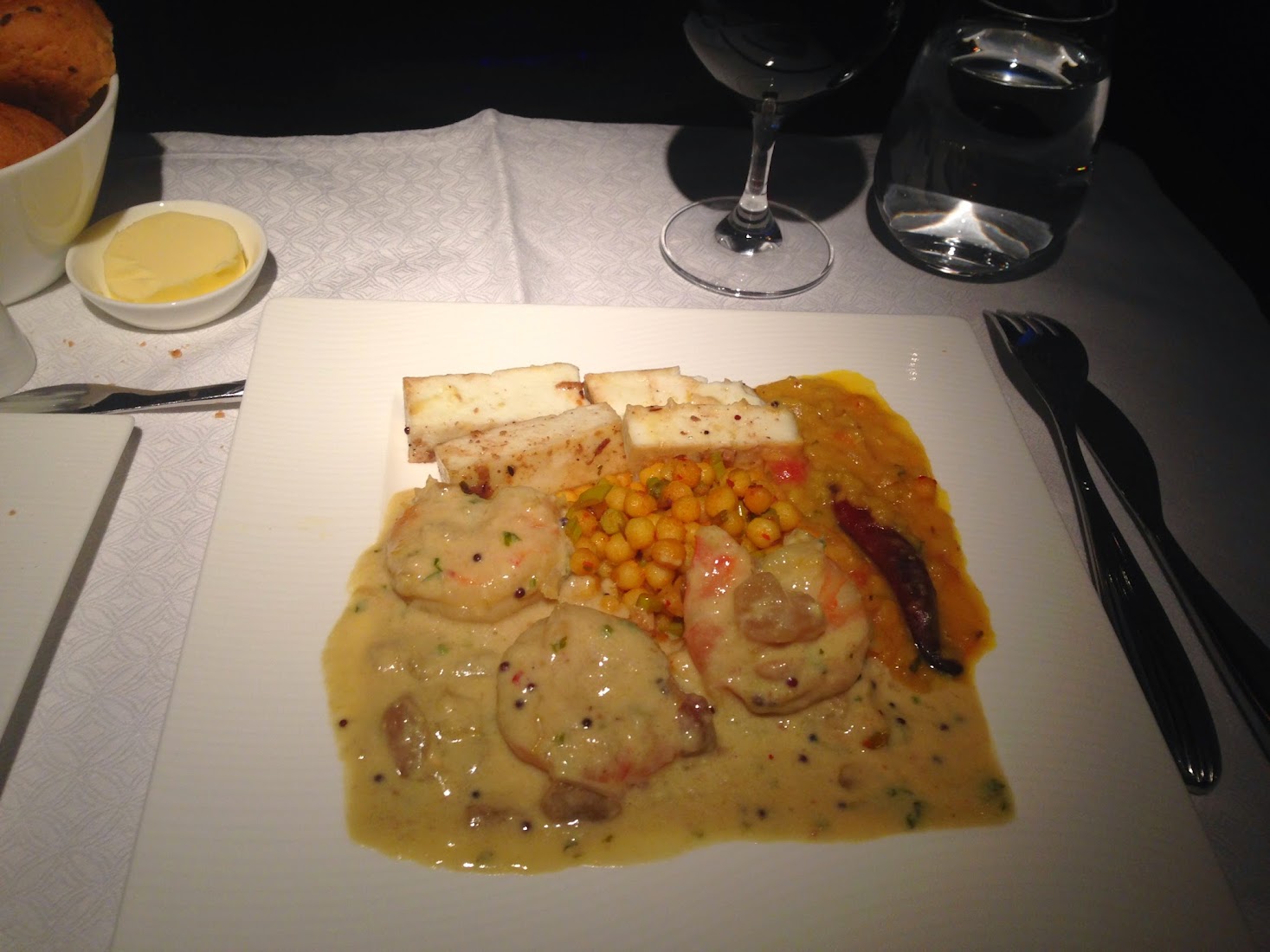 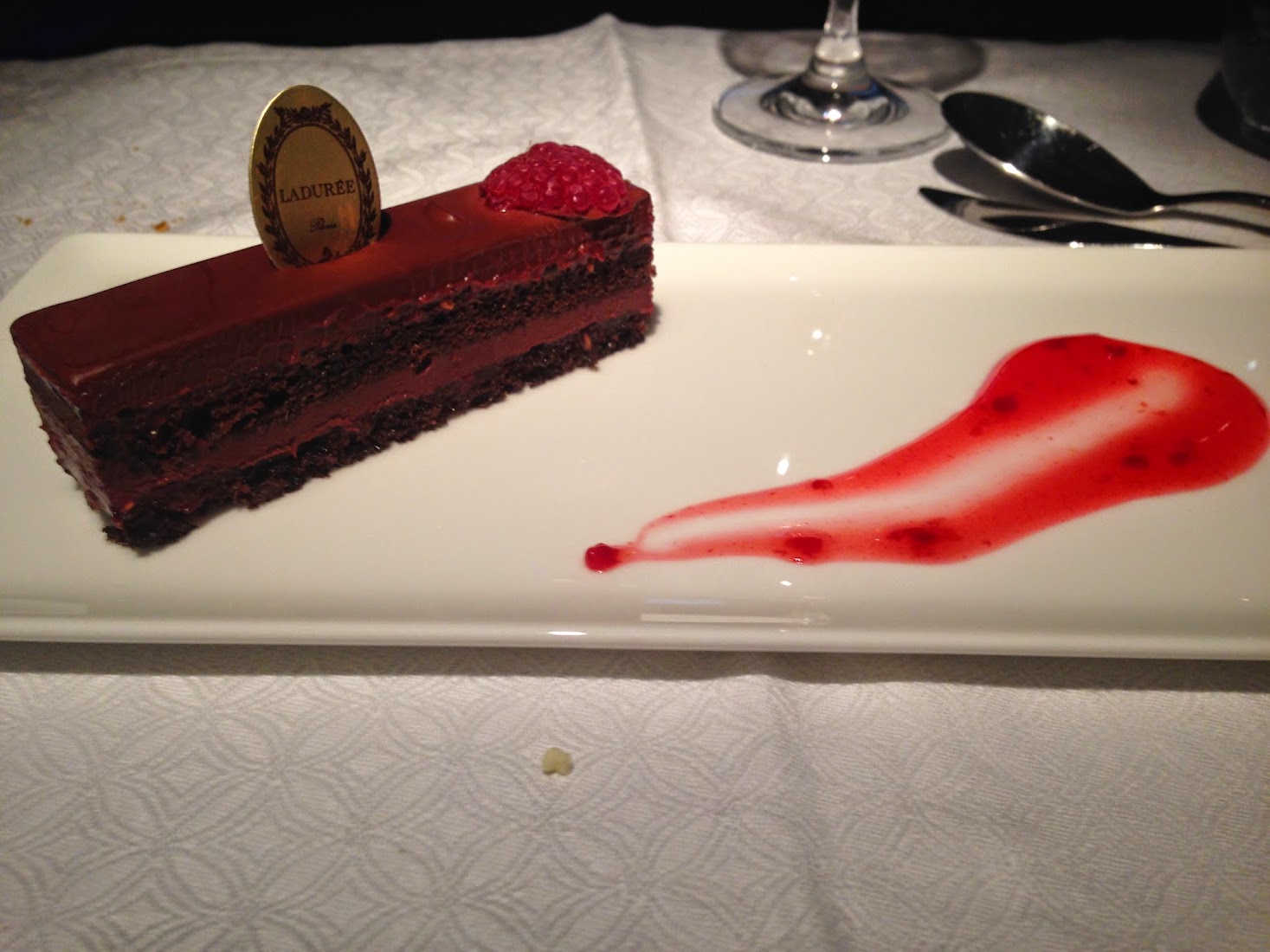 Then I watched some movies…

and decided to try the lamb later as well! 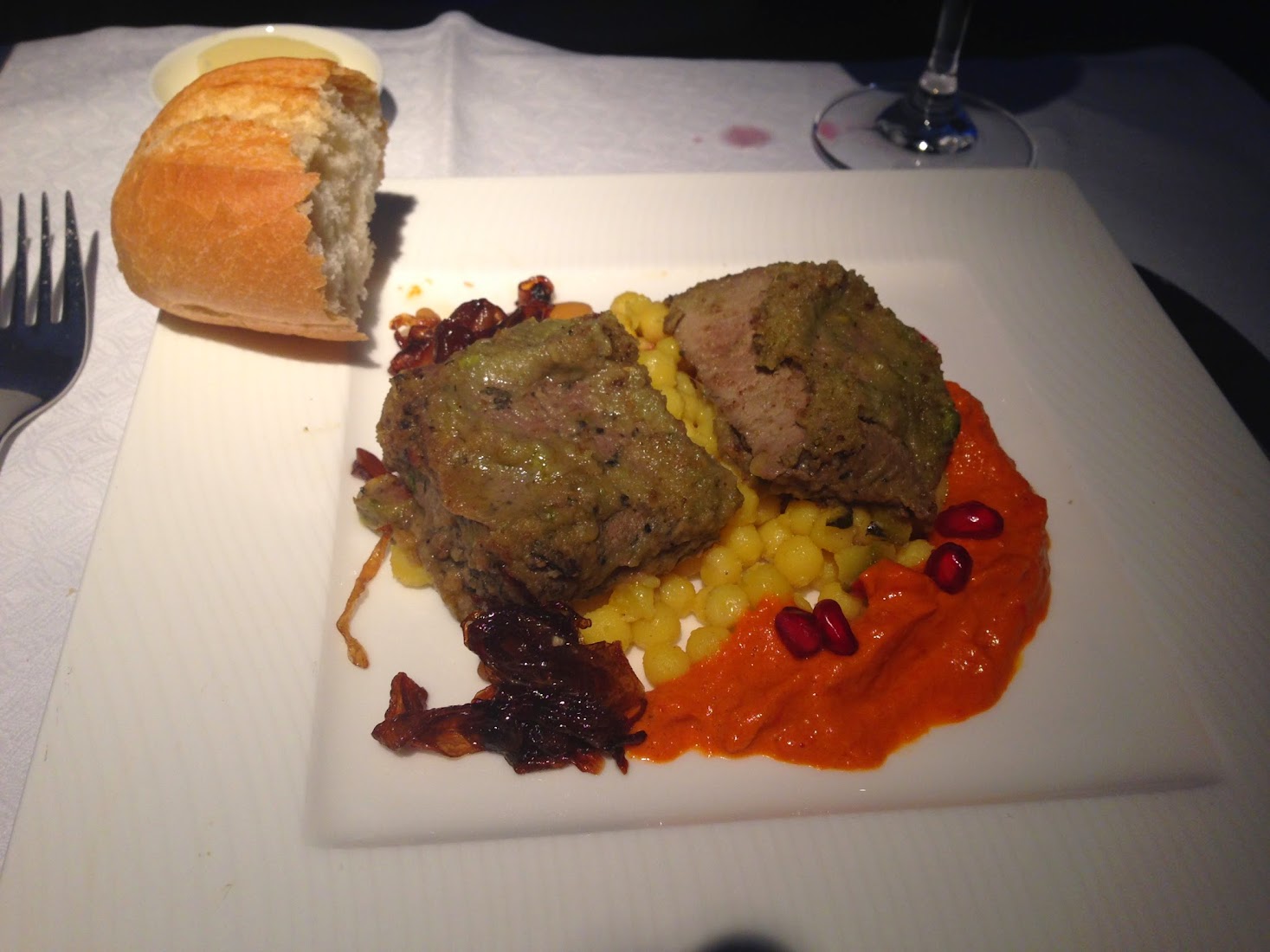 All was pretty tasty.  I liked the lamb with the pom seeds as well, good combo and all was very tasty.