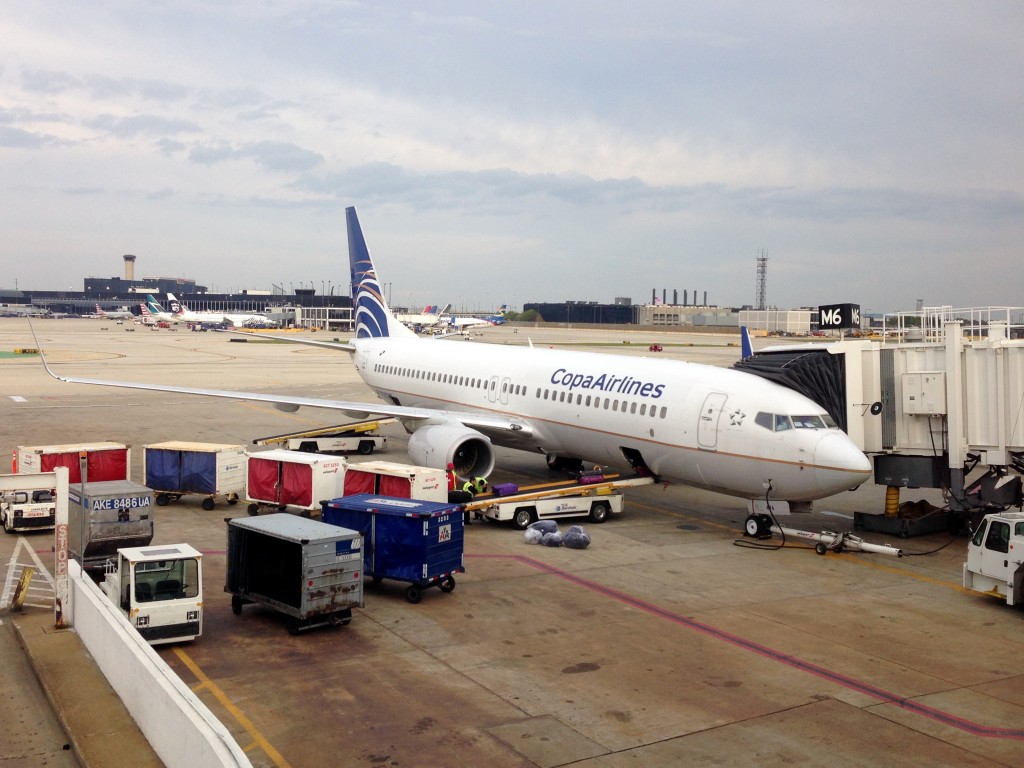 This trip started out at Ohare at Terminal 5 for international airlines.  Copa doesn’t have their own lounge but with these tickets comes access to the Swissport Lounge.  In Panama City (PTY) there is access to the Copa Club.  They weren’t exceptionally exciting, and I took a couple pics of both and uploaded them to the loungebuddy app.  This app is great by the way!

Unfortunately I did a horrible job of taking pictures of the food throughout this trip, so sorry dear readers we’ve mostly just got a list of menus!

This is a flight I picked up using the how to get 1.5 vacations out of 1 on United trick – a business class ticket from ORD to EZE through PTY that cost only 10k miles and $25.  Copa business is definitely the cheapest along this route.  Copa also, by the way, was the most profitable airline! 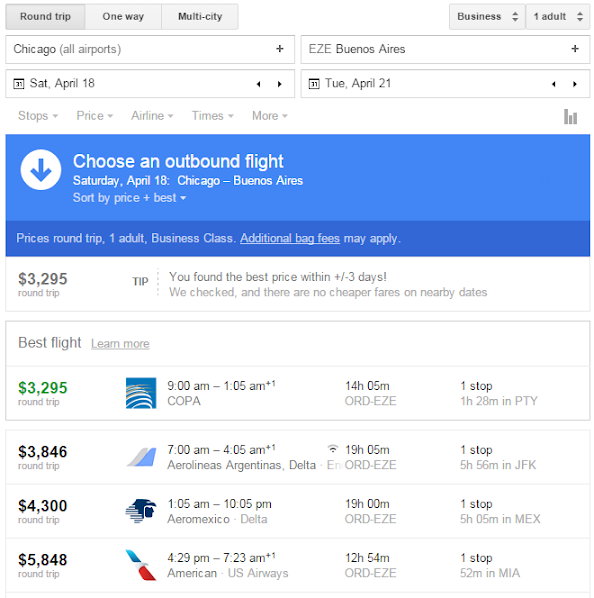 Why is that?  I think because the others have newer products and lie flat seats.  Maybe because Panama City is in the middle of everything they say hey, we don’t really need them?  My first flight basically just had domestic first class type seats. 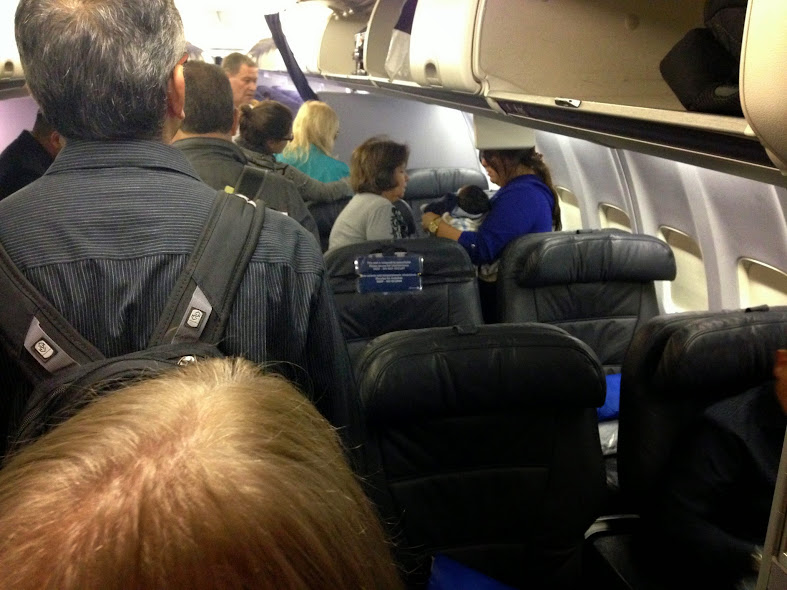 The menu, and lunch. 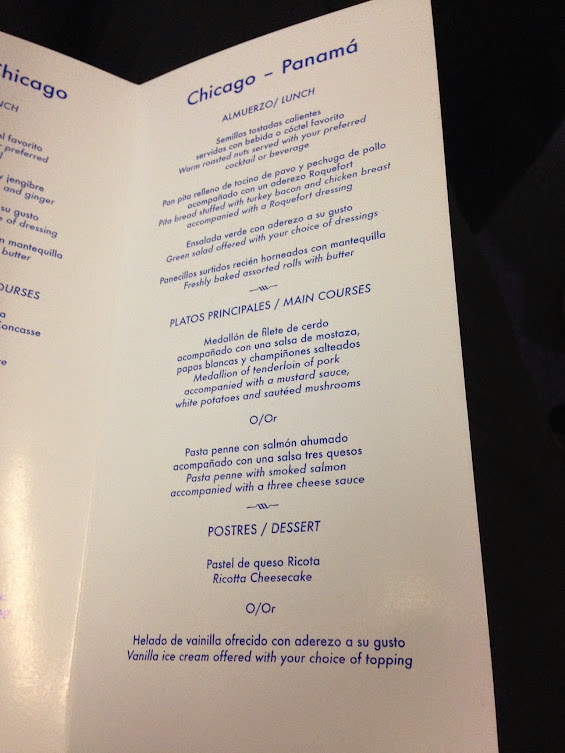 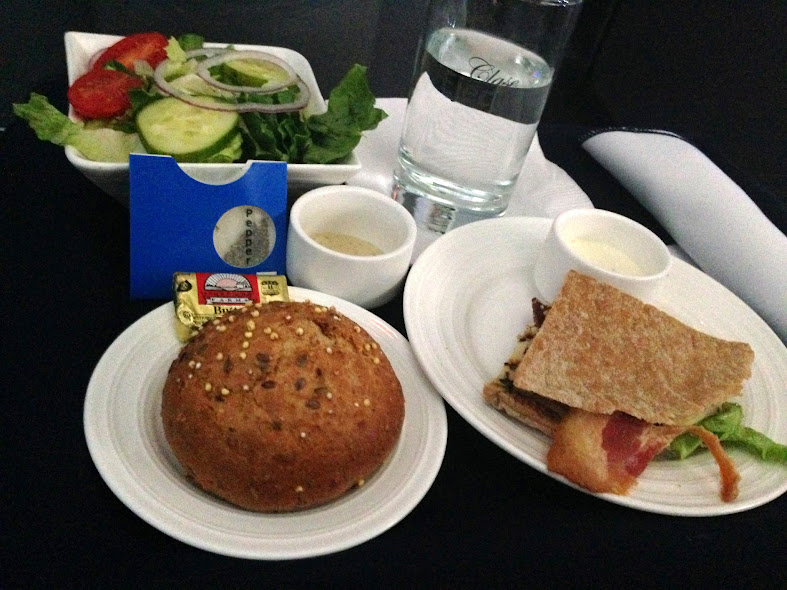 No pics of the main course.  I can tell you we had the scariest turbulence I’ve ever felt on a plane during it though…  it was a pretty scary feeling.  In reality I’m sure I recall it lasting far longer than it actually did, it was pretty scary feeling the violence and then in particular the sinking drops!  Not fun.

Copa actually has a program to visit the Panama Canal if you’ve got enough time on a layover.  Unfortunately I’m having trouble finding anything online about it, but the guy I was next to mentioned it and it was in the flight magazine, so keep an eye out if you’ve got a few hours!  My second plane, viewed from the Copa Club: 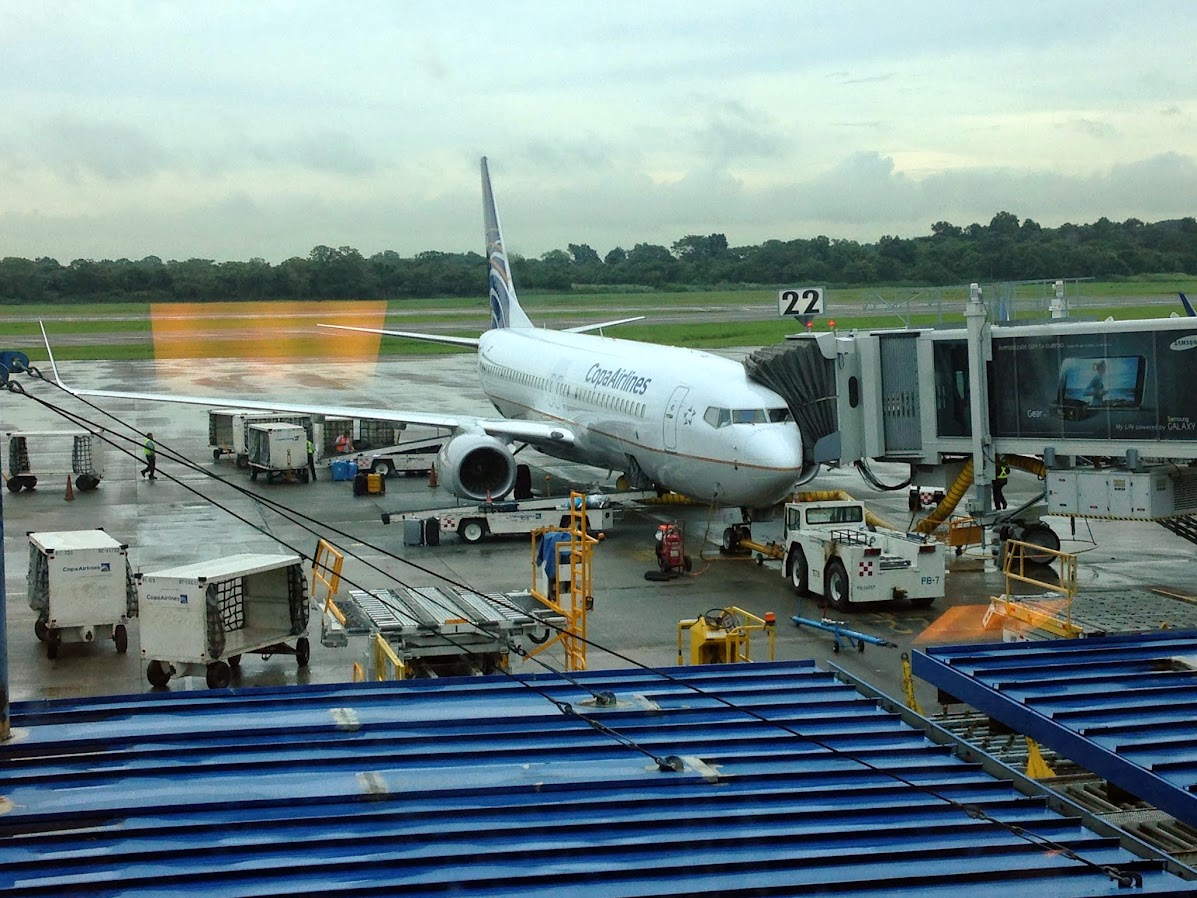 Newer and nicer plane with better (reclining) seats, that as I recall went reasonably far. 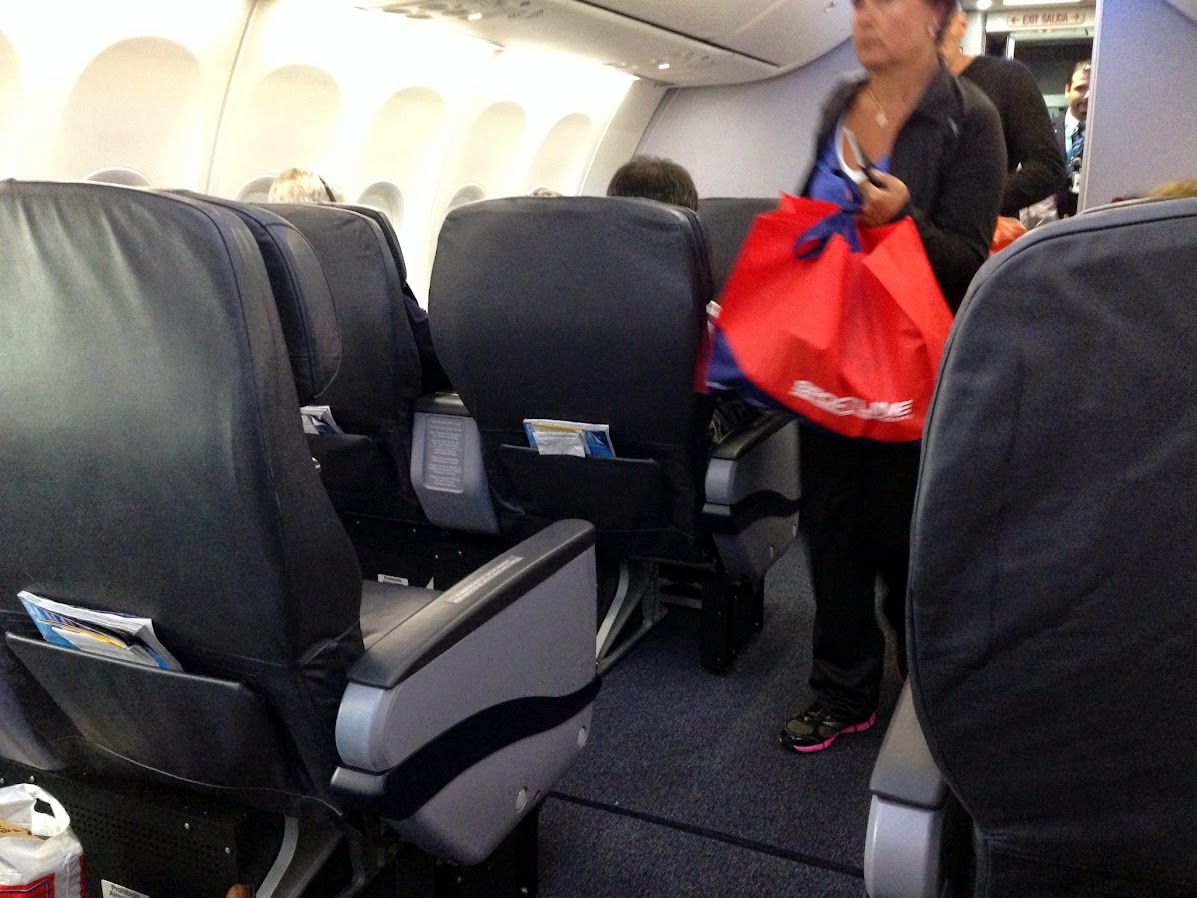 The food menus below but again sorry, no pics! 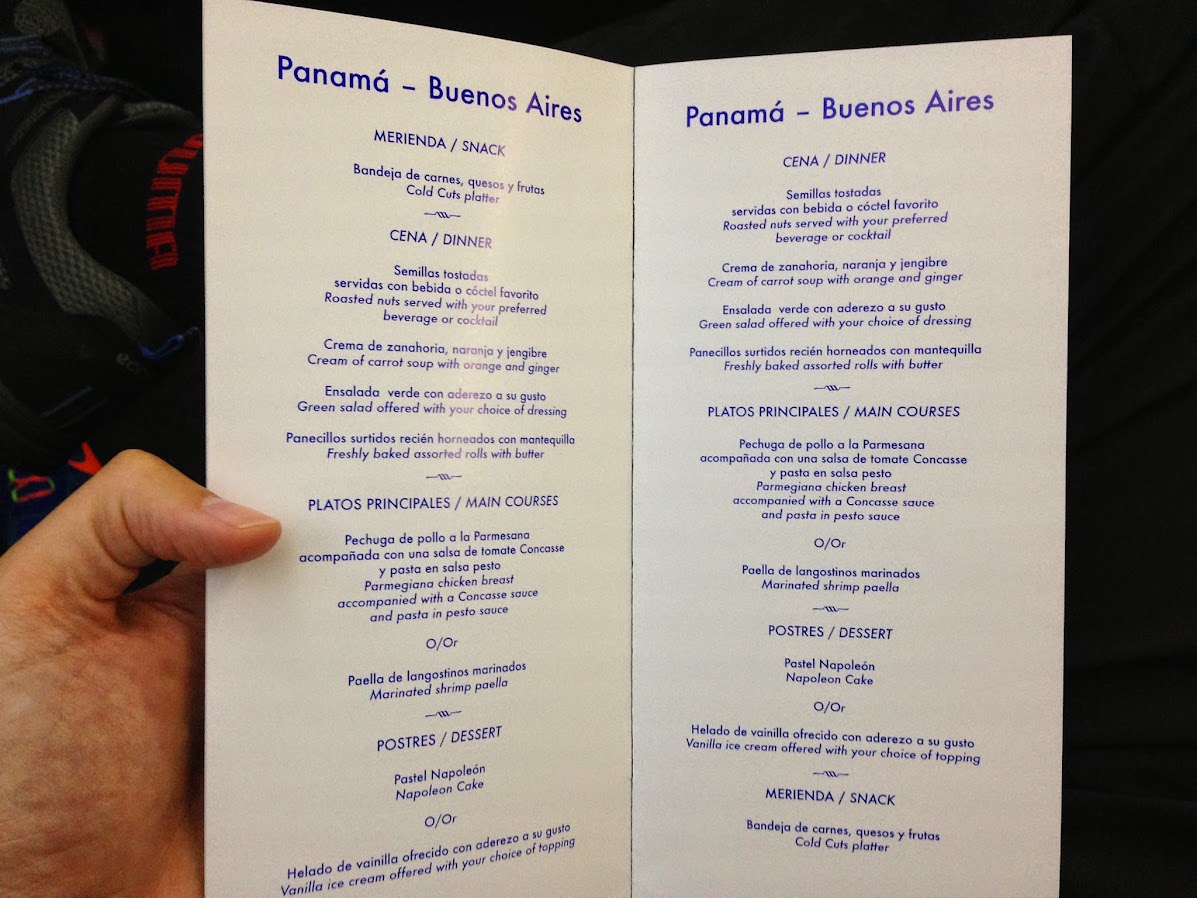