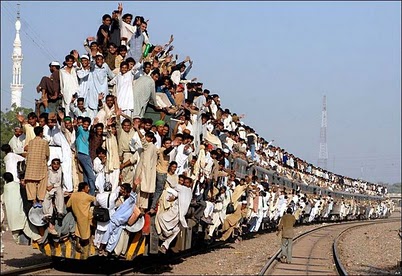 I flew to the Philippines in 2003 and was lucky enough to have a whole row to myself to lay down and sleep in.  I frequently flew to Vancouver in 2006 and 2007 as well as a weekly commute for work.  There were a lot of Alaskan cruisers on these trips but still plenty of open seats.  I started working locally some time after that but have recently been flying plenty for work and have found the planes to be noticeably more full, and quite confident that the feeling was not just in my gut.

The Atlantic has an interesting article on Why Your Plane is Always Full.  Although the article and the study it is based on are a little dated, from 2010.  It is still pretty interesting to see the charts however.  In general it’s been a lowering of Available Seat Miles (ASMs), apparently the result of fewer flights, and on smaller planes.  The load factor, or percentage of how full the planes are, looks to have grown 10% over the past decade.  I’d say my planes feel even more full today, I think they’ve finally got down this whole operating an airline fully and profitably thing figured out pretty well, especially with utilizing more data and analytics today to sell seats and fly full planes.

I believe American Airlines was the last major US airline to file for bankruptcy, although today US airlines are quite profitable; making up 7 of the top 15 most profitable in the world.  Rather surprising to see Copa (Panama) actually came out on top of this list as well!