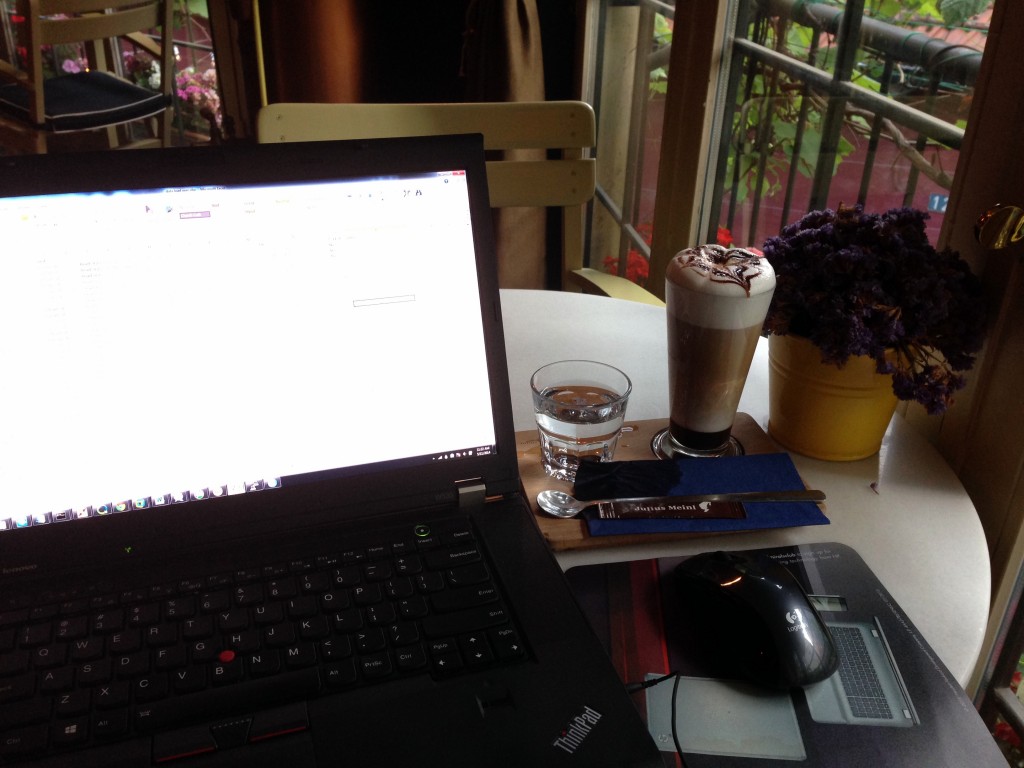 Working remotely on my trip to Stockholm to Istanbul.  In Stockholm I had more time to stake out a place to work from and it wasn’t too difficult.  Of course I could work from my host’s place there or here but what fun is staying inside?  Plus no snackies.  Back home I often work from Starbucks when out and about or when in Minneapolis plenty of Caribous.  In Istanbul I had less time to look – plus it was more of a challenge.  Although there’s no shortage of cafes, and plenty of places appear to have wifi, I’m not sure how good/consistent it is, and, more concerning, how cool they are if I sit around there all day.  I am staying in the Tomtom Mahallesi area.

For this reason I defaulted to what I figured would be safe – Starbucks.  This was an unfortunate and surprising no-go for me.  I’m sure they all operate via the same wireless provider and I couldn’t get things to run for me.  They require an account with DorukNet, which you can register as a new user for or use facebook to authenticate.  Either way though, they require an access code texted to you for verification.  I put in my US number as it appeared it should be entered and am on a global phone plan, but never received the text.  On that note I’ll also mention my text success period to international numbers has been intermittent although I’ve always been able to test people back home just fine.  In any case – I never got on the wifi here, and the baristas didn’t have any magical suggestions to get around it.

I ended up finding a post online that recommended Karabatak – which was not a bad walk at all.  Apparently they had some rules about the upstairs area – I’ve heard no groups of more than two people.  The stairs were roped off and I was asked how many people I’d be meeting with when I went to go up them.  I ended up having a panini which was pretty good and two mochas there, while working about 5 hours.  The wifi was decent and most of the room had a lot of power outlets.  The first pic above is from my 2nd mocha…  the pic below is snapped later right before leaving that night. 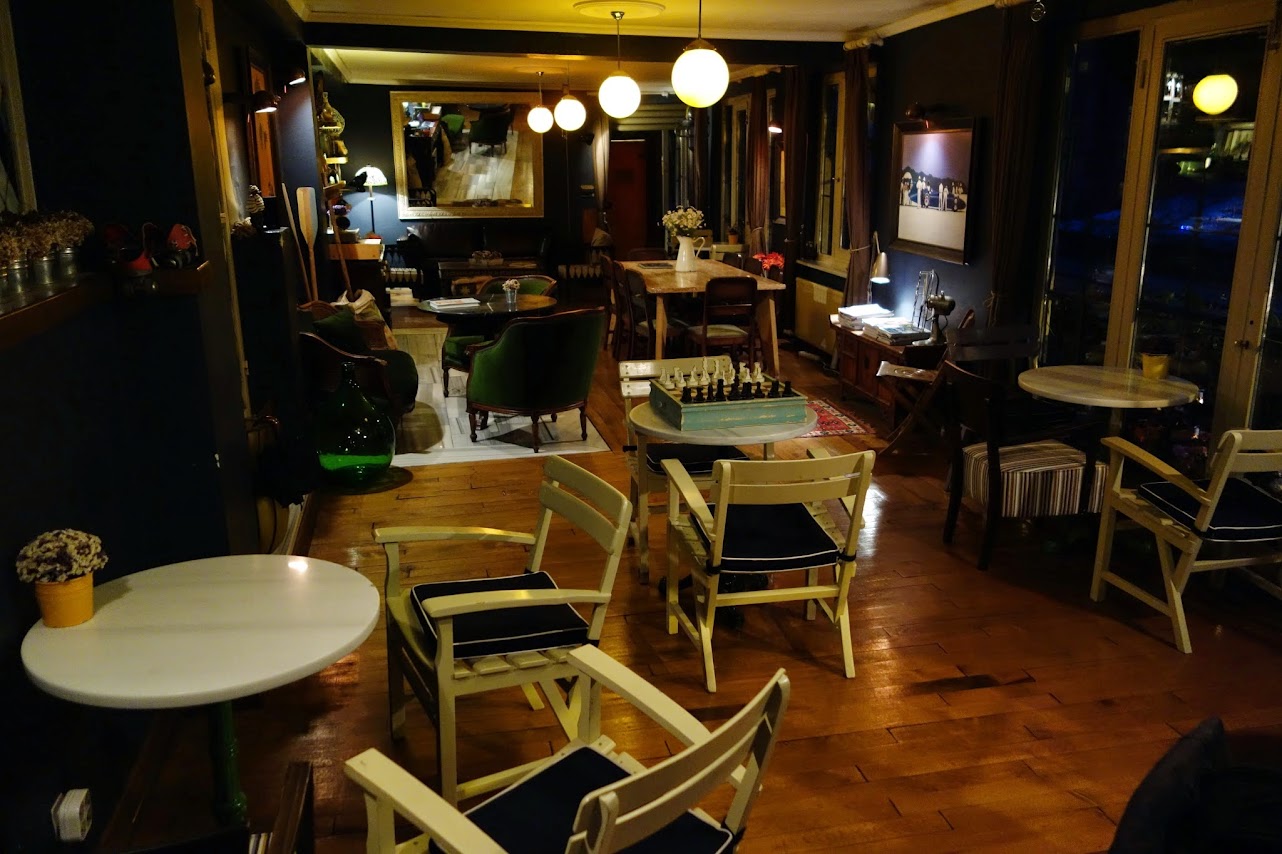 The above experience was Sunday – things got a little stranger on Monday.  I went in and was told the 2nd floor was closed by a guy by the rope.  I asked when it opened up and he just said it was closed.  Not great English so I figured I’d try someone else.  I set up my stuff to work downstairs, which was nice, but the music playing was way too loud for me to do something like get on a conference call.  It was a busier area in general anyway.  I asked my waiter when it opened upstairs and he basically said it was an office..  and kind of implied it was never open, and just a private office…  not sure if communication issues, or if others actually normally use it during the week, or what.  There actually is a little private office up there but obviously there is normal cafe space as well.

There are some places dedicated as remote workspaces.  One is Yazane Coworking.  It has some foodstuffs and looks to be right on the water.  8 Lira hourly or 30 for a day.  Seems like a cool place.  After I decided to relocate Monday I considered here, although it closes at 6pm.  It was close but it was almost 5pm, so I elected to try the other place, which was not much further of a walk.

The other is Urban Station, which seems to have a few more facilities sprinkled around town, as well as the world, per their website.  The closest to me was the Galata branch near the tower.  Google maps says there’s one near the area of Karabatak – although their website does not – I would say website trumps google in this case.  Particularly since one of the places recommended on the net I tried to work from no longer exists, but google happily told me where to find it.  I didn’t see prices listed online but it was a similar model; 8 lira the first hour and 6 thereafter, or 30 for the day.  They had little croissants for free along with water, other drinks could be purchased.  It was more of a quiet area – they had some red phone booths available for anyone to take a call privately and to not disturb others.  They were open until 9pm. 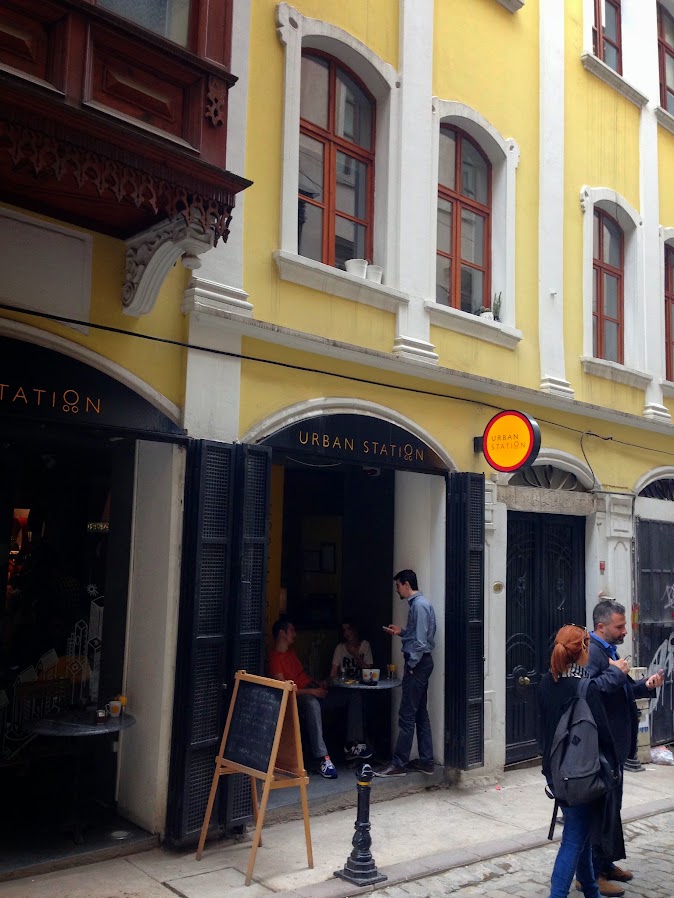