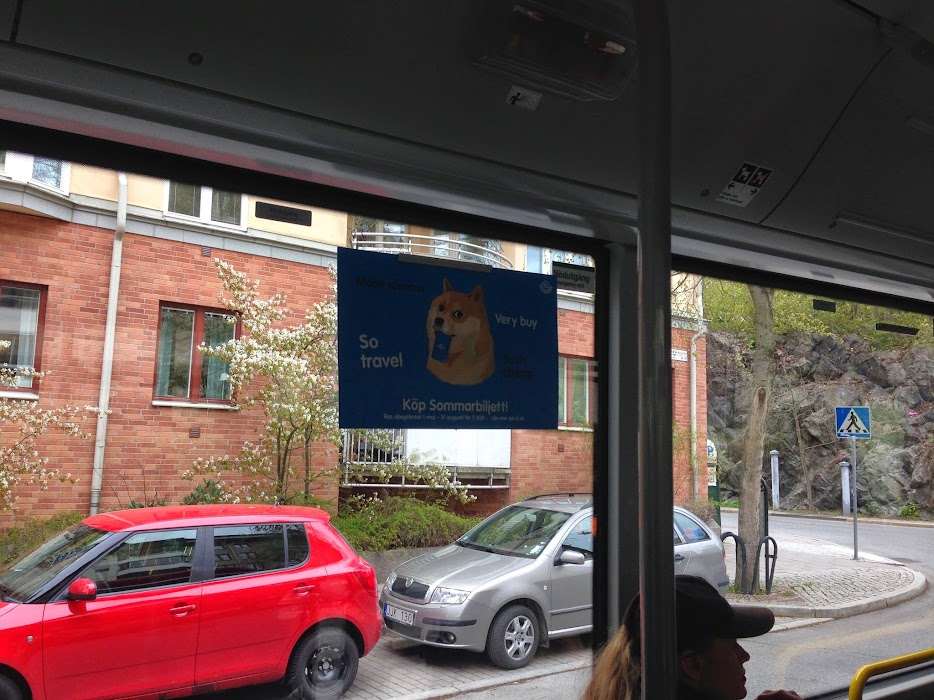 Started off taking the bus to the metro station, where I took a train to the airport.  Not the fast one but one of the slow ones (commuter trains) with a few stops.  Good excuse to drain the rest of my public transit card and much of my remaining Krona although I still have a few left.  Slightly different doge ad on the bus.  Prettiest girl I saw in Sweden checking tickets once leaving the train and entering the airport…

I had access to the SAS lounge via this ticket, although not the SAS Gold lounge.  It’s at gate 1 and my flight was from gate 20.  Not bad but probably more trouble than worth it if having to walk any further than that.  I went to grab a snacky, ended up just having some soup.  Ok lounge I guess, slightly better than the standard US mainstream domestic lounges. 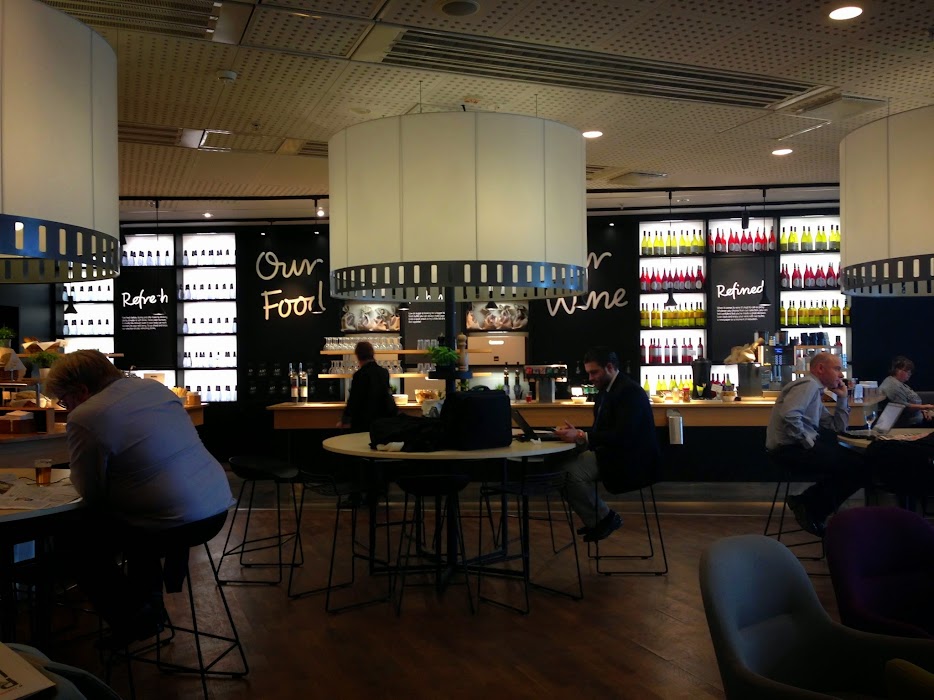 It’s not very big so I wouldn’t be surprised if it gets a bit crowded at times. 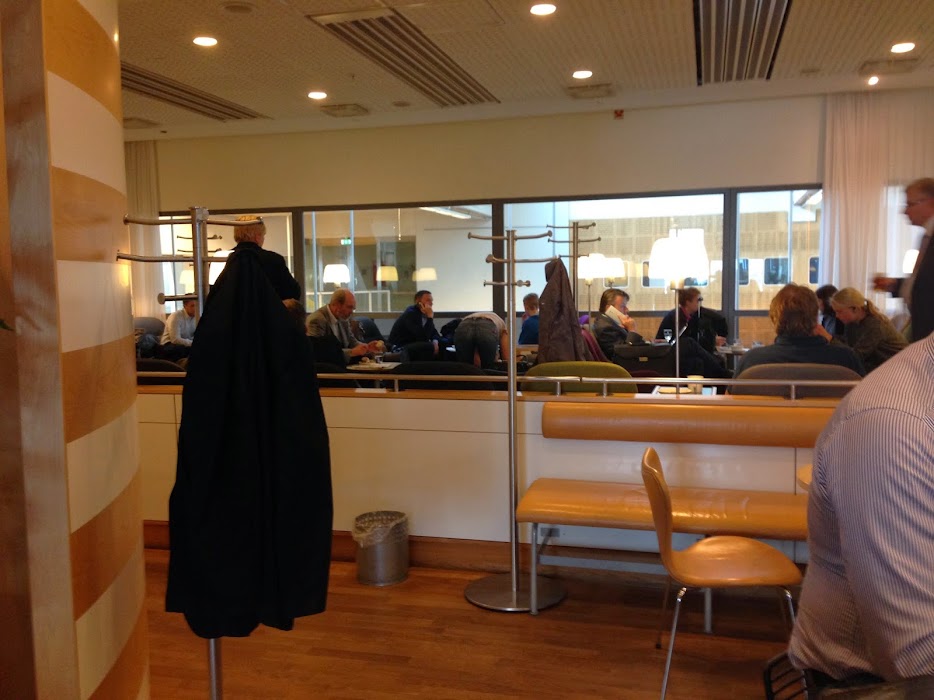 3 hour international flight; business seats – mechanical rather than electronic, I had to push the buttons pretty hard to get them to work actually. 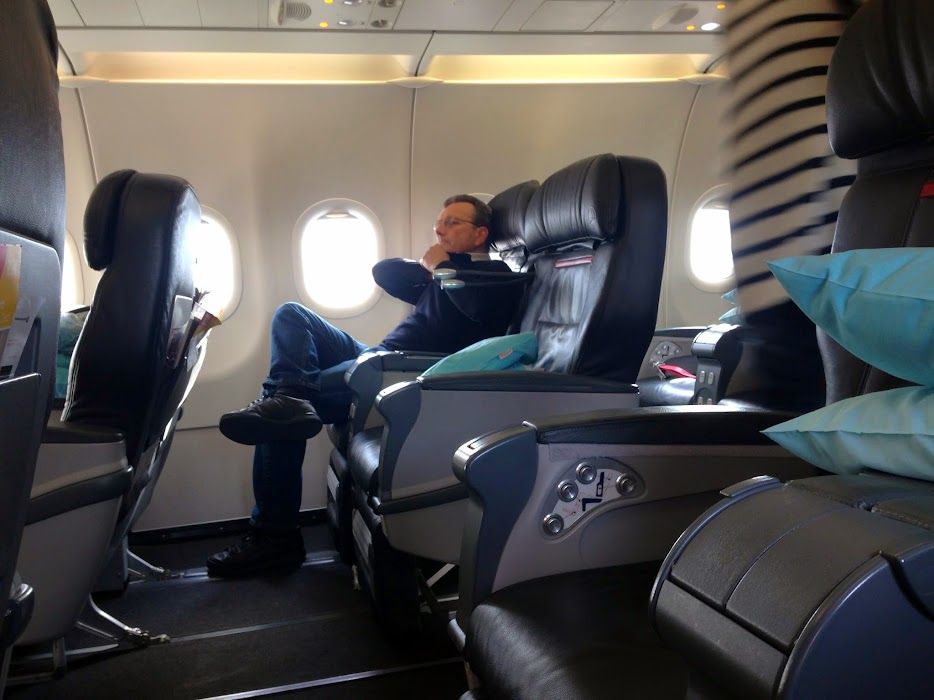 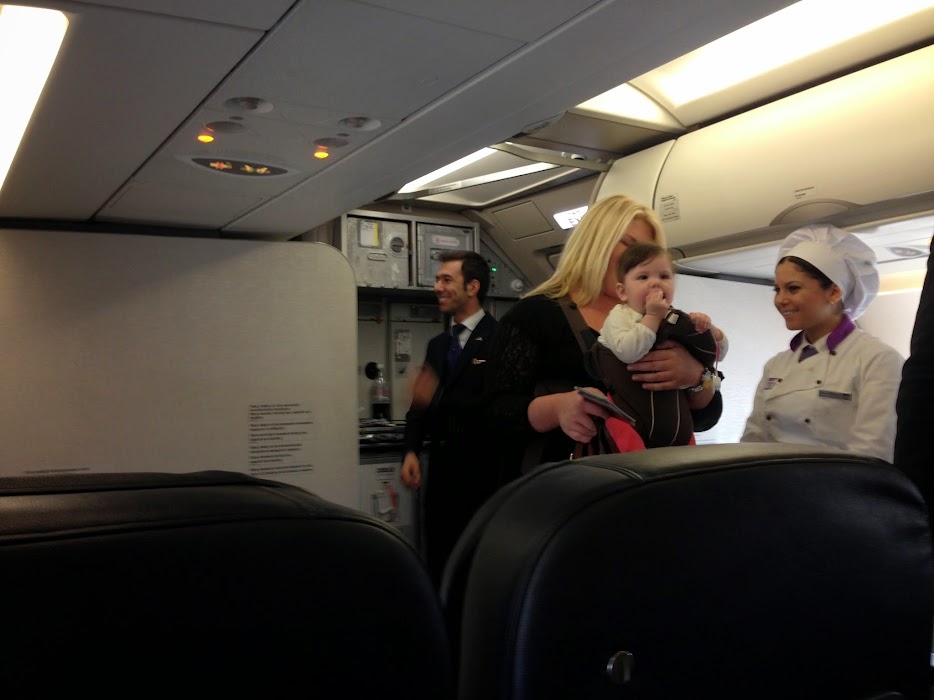 What did the chef prepare? 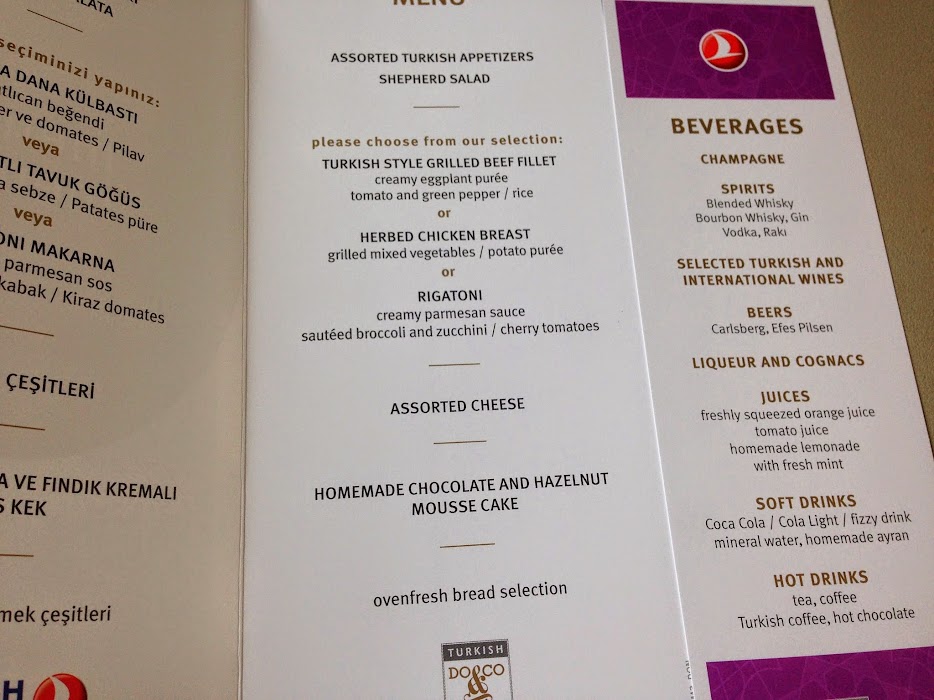 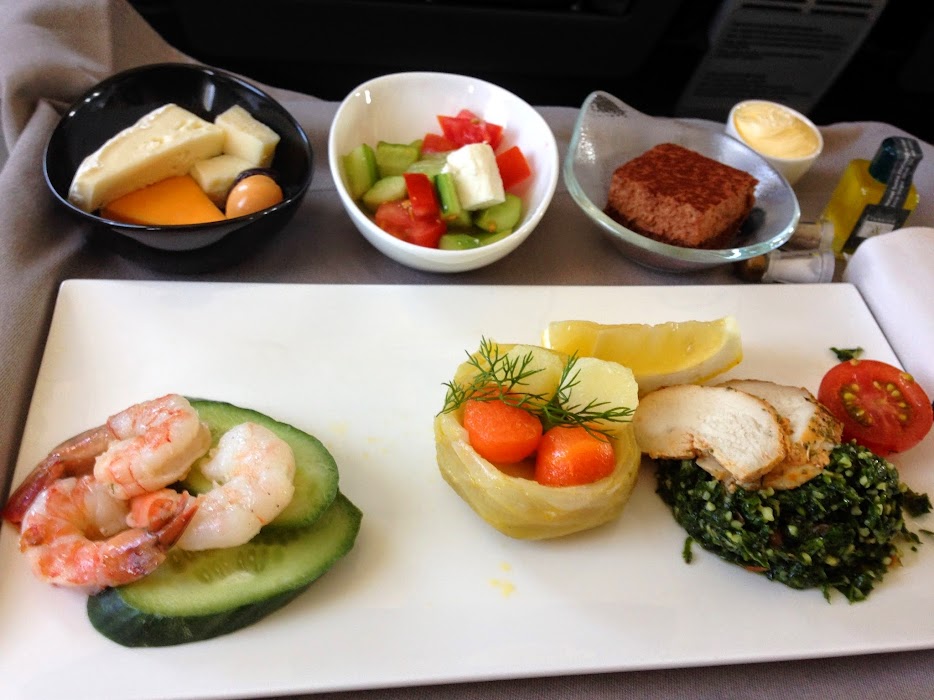 I had the beef. 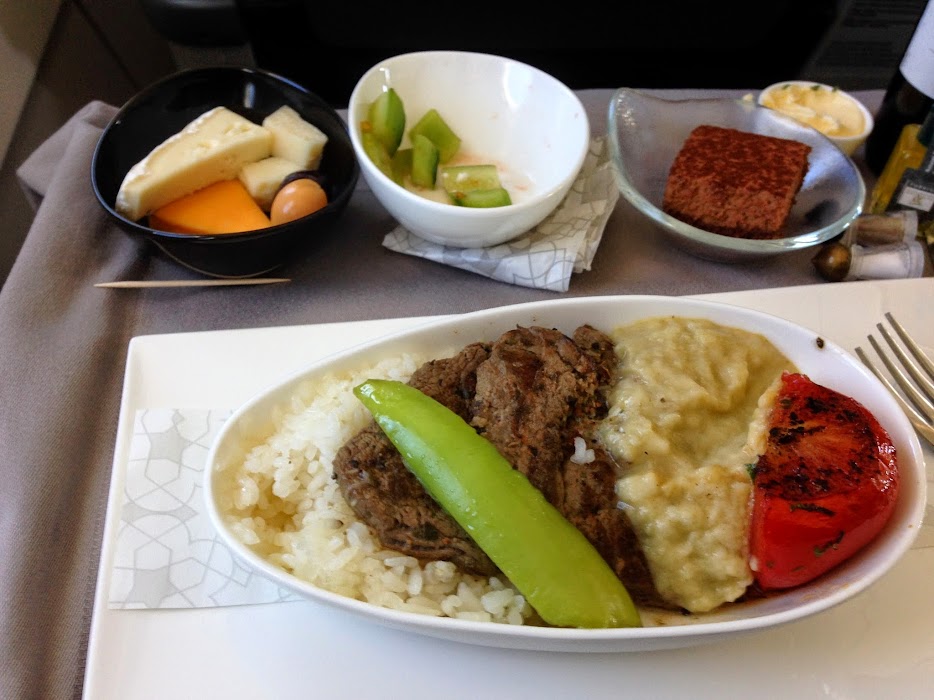 Not the prettiest and I never have eggplant but it all tasted pretty good.

Hard to tell but that’s another plane outside my window.  Maybe I’m never noticing it but thought it looked weird seeing just a constant white haze, feel like I normally see more clouds. 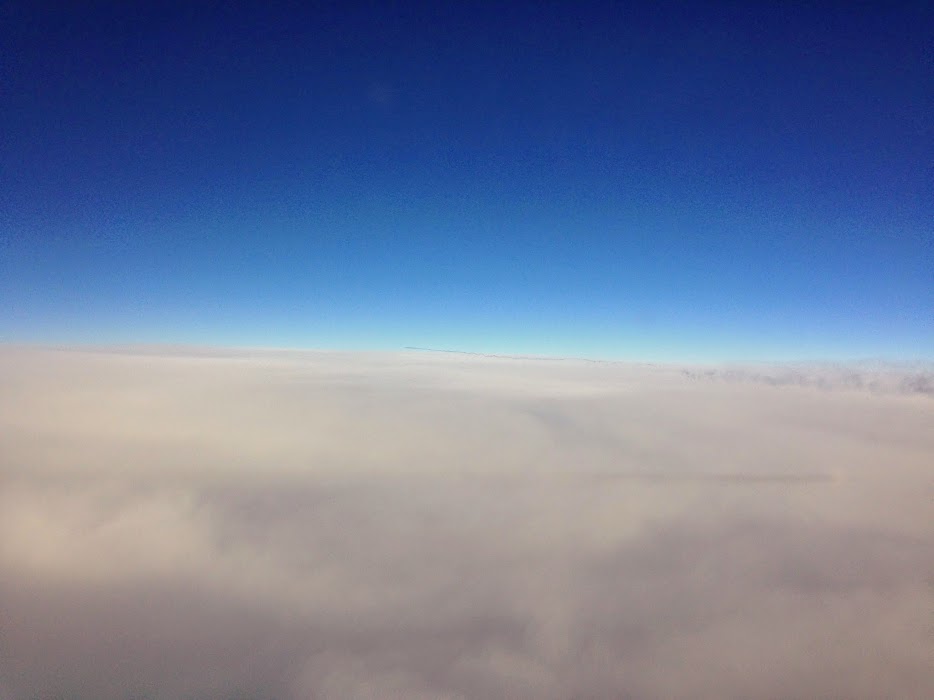 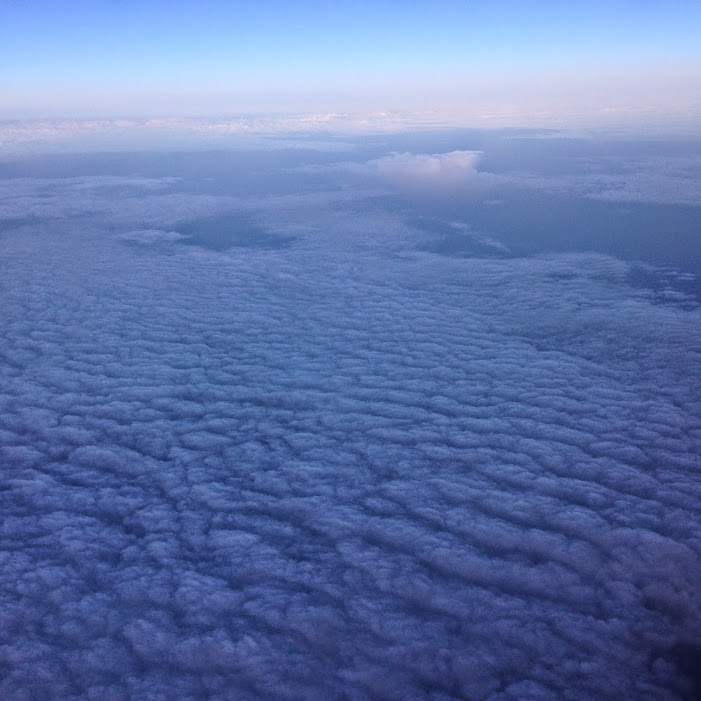 For some reason the entertainment system didn’t seem to be on or something.  My iphone wouldn’t charge in the usb port and the display wouldn’t turn on once I extracted it – I was tired and the trip was short anyway so I just tried to relax after eating and didn’t ask about it.